The Arab Image Foundation sits hidden on the 4th floor of an old building in the trendy sector of Gemmayze in Beirut, Lebanon. In this hidden gem lies the important work that the non-for profit organisation undertakes, that of preservation, collection, and study of photography from the Middle East, North Africa and the Arab diaspora.

It was founded in 1997 by artist Akram Zaatari, photographers Fouad ElKoury and Samer Mohdad to prevent the disappearance and disperse of photographs deemed to be of historical and social importance. The collected photos, which come up to about 600000, combine both artistic value and social significance.

Nour Saghir, the project manager of the Arab Image Foundation, gave me a tour of the place. The earliest images they have date from around the 1860’s and go up to the 1970’s. The Foundation had initially started by collecting photographs taken by amateur photographers such as studio portraits and family pictures. In turn, a different side of the Middle East can be seen, with no images from the war torn years of Lebanon.
Folders of contact sheets (reproductions of the original material) adorning the table in the first room of the Arab Image Foundation, show that peace, art, fun, frivolity and creativity are part of the lineage that form the Middle East. From the pictures i saw, I felt that, perhaps this space is a way to show a rather modern, contrasting Middle East to what most of us hear about or see on the news. Photos on display from the pages of history, for, the pages of the future to remember.

The Foundation consists of a library, open to the public and available for those wishing to do research. Furthermore, by registering online, access to around 45000 preserved photos is possible.

The Arab Image Foundation’s research projects on photography expose questions on the notions of identity and the relationship we have with memory and history. The projects then lead on to exhibitions and publications.
Projects, such as, the ‘Hashem El Madani Collection’ by Akram Zaatari, utilizes this collection as a case study for the research into changes in the photographic industry. It then developed into the permanent on site installation of  ‘Hashem El Madani: Itinerary’ which showcases 41 portraitures in 33 workplace locations in Saida. This in turn is part of Zaatari’s project on El Madani’s Studio Shehrazade, which returns the 1950’s photographs to their original locations in the city of Saida.
With support from the Arab Image Foundation, exhibitions, such as ‘Becoming Van Leo: A Work in Progress’ curated by Negar Azimi and Karl Bassil showcase the studio and self portraits of the Armenian/Egyptian photographer. Van Leo’s photos appear to be quite avant garde and almost daring when placed in the context and time they were taken.
MEPPI (Middle East Photograph Preservation Initiative) led jointly with the Art Conservation Department at the University of Delaware, the Metropolitan Museum of Art and the Getty Conservation Institute, is a program that aims to raise awareness about the importance of preserving the region’s photographic heritage.
These initiatives, projects and exhibitions amongst many others, all form part of the continuous and significant work the Arab Image Foundation does.

We are now so used to taking many pictures with our mobile phones, sometimes more than we should, and with such speed, that it is no longer a necessity to go to a photographic studio to get our pictures taken. With each dismissed selfie we take, we neglect, the social significance that picture may have for the next generations to come. The Arab Image Foundation is a place that can help us to remember the significance of photography in the Middle East, a public space with their online data, library and exhibitions, that gathers collective and personal memories possible for us all to dip into. An important and valuable organisation in the Middle East, holding up a beacon of creative light. 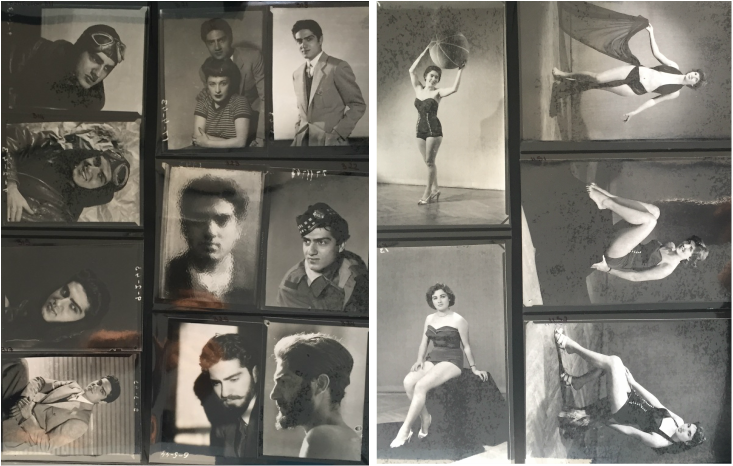 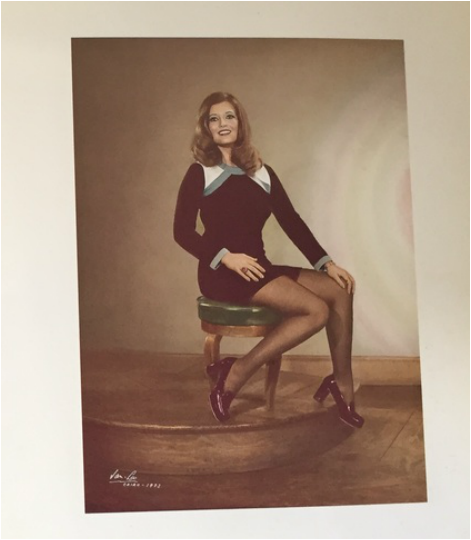 Arab Image Foundation Publication of Van Leo's work, the page shows the photograph of the actress Mervat Amin in Cairo, in 1973 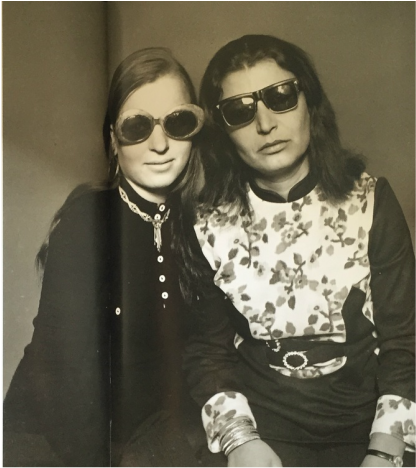