Uncovering the Story of Nazi Looting

Provenance in the art world, is there to place the authenticity, origin and/or quality of a work. When we look at an object, a painting or a sculpture, how certain are we of its origins?
We may have thought we knew where an item stemmed from, but the exterior layers of beauty do not always represent the objects real journey; they may conceal or hide a disturbing past.
The Victoria and Albert Museum have appointed Dr Schuhmacher as the Rosalinde and Arthur Gilbert Provenance and Spoliation Curator, to uncover any Nazi looted object in the Gilbert’s Collection that is housed at the V&A.  Dr Jacques Schuhmacher is the first provenance curator appointed by a museum in the UK.
Peeling the layers of each object’s history through study and research in order to identify and expose which ones were stolen under Nazi rule, to then return the objects to the families of the victims. So far, Dr Schuhmacher's thorough work has, from a collection of around 1200 items, uncovered 85 items which either have significant gaps in their provenance or were looted by the Nazis and will be restituted to the victims after the war. One of the difficulties that arise in the process, is when there is no person to send the objects back to: family members may not be alive or some families who were able to escape Nazi Europe to other parts of the world, may prove difficult to find.

From the 6th December at the V&A, a provenance display curated by Alice Minter and Dr Jacques Schuhmacher, will showcase eight objects in the Gilbert Collection that were part of the Nazis widespread looting of art across Europe. The exhibition will be the first display of its kind at a national museum in the UK.

The Washington Conference Principles of 1998 on looted cultural property holds no legal obligation, yet many feel there is a moral obligation towards this. In the UK, the Department for Culture, Media and Sports created a spoliation advisory panel which can issue recommendations, such as compensations, or changing credits to either museums or institutions based on people’s claims and submitted evidence. This only applies to public collections and not to private ones. Which leads back to the question of moral obligations, as well as the notion of thinking how laws could be implemented to ensure that more art sheds its invisible unethical layers and ensure the families are reunited with what is theirs. 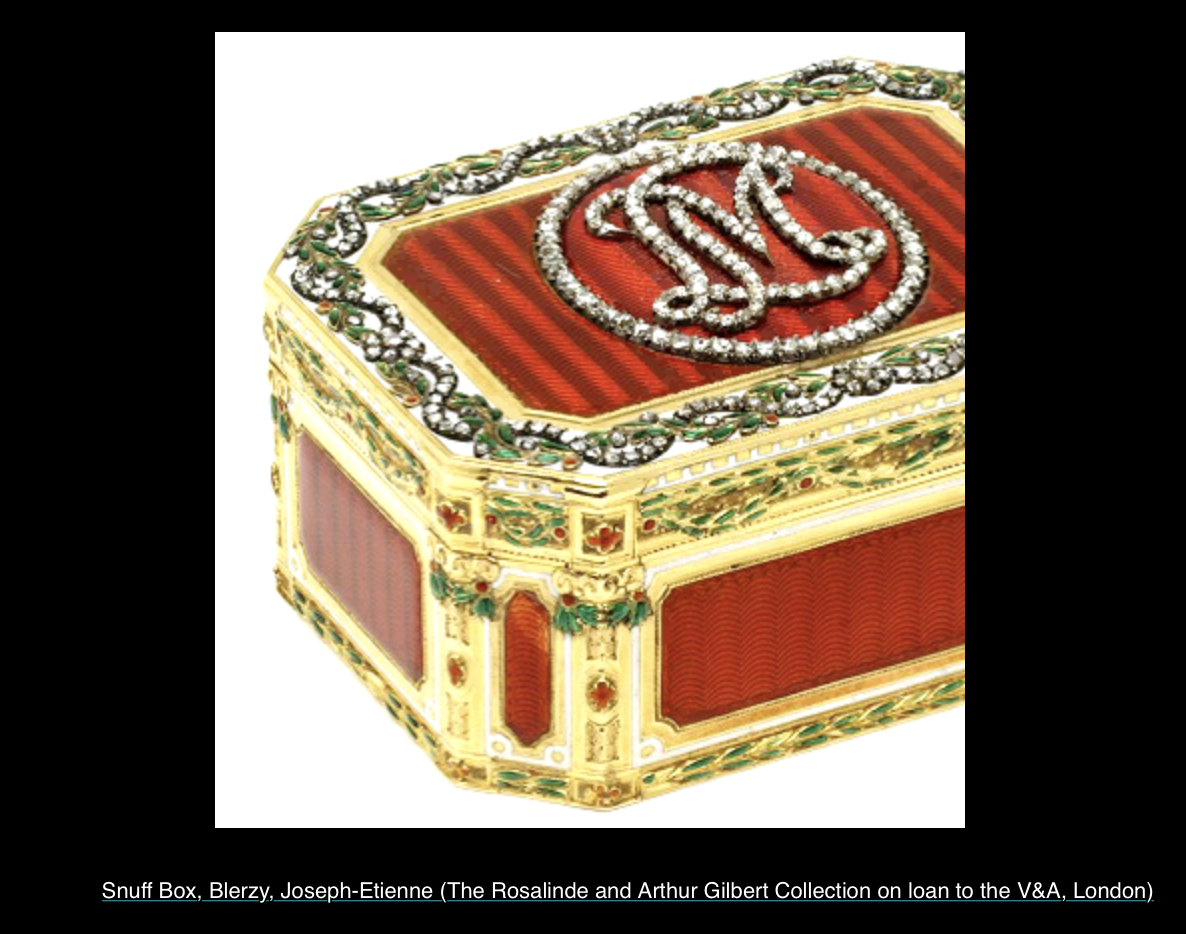 Link to The Rosalinde and Arthur Gilbert Collection of objects, many in precious materials. The collection is famous for European and British masterpieces including gold and silver, gold boxes, painted enamels and mosaics:

Concealed Histories: Uncovering the Story of Nazi Looting at the V&A:


You may also read How Culture Evolves Art Bank Workshop on Tolerance at the ASFAL school Nabil Kanso A Journey of Art, War and Peace