What do you think of when you think of food? Your favourite meal? Your childhood snack? Your family's gathering? Your secret treat? Ice-creams in summer? Lusting over cakes from a distance? Hunger? Ration? Sharing? Dividing? Breaking Bread? Uncomfortable sit-downs? Happy meetings? Food always seems to conjure up an emotion and a memory, be it good, happy, sad or difficult. And eventhough, it can be a memory with others, it's often our emotion we think of first and the politics of food after. Where does our food come from? How are our products cultivated and are people being treated fairly? These are issues that touch politics, that thankfully many have thought of and are researching. In the other context of politics such as war, food is a need. The lack of it, may provoke a longing and distort the nostalgia. Food though is part of culture in good and bad times, it unites us first in the simple biological term of hunger. The customs, gatherings and cultural exchanges come after that initial point. But mean so much. Keeping the memory of these attributes alive, means one's identity or part of one's identity is kept alive, and not erased like the guns, smoke and fire aim to do. How ironic that both in the kitchen and in the fields of war there is smoke and fire.

The context in which the artist Michael Rakowitz has looked into and produced for the period he his referencing, has rarely been directed towards. The plate we eat from has a taste of politics, eating from the enemy's kitchen maybe, but eating from the enemy's kitchen probably many didn't think tasted so good. The parallels of food, utensils and the ironies that go along with it, showcase that while some seek to divide others seek to unite, and that through it all, we are all basically the same: human and going through the same paths, touching the same objects or living the same experiences but with different perspectives. And these perspectives need to be known and discussed. On display at the Victoria at Albert Museum is the brilliant art project by artist Michael Rakowitz, which displays a set of objects looking at the politics of food in context of the US-Iraq war and how food can bring different cultures together through the food truck "enemy kitchen" he did. Read about it below.

What did you eat today? And where did it come from? 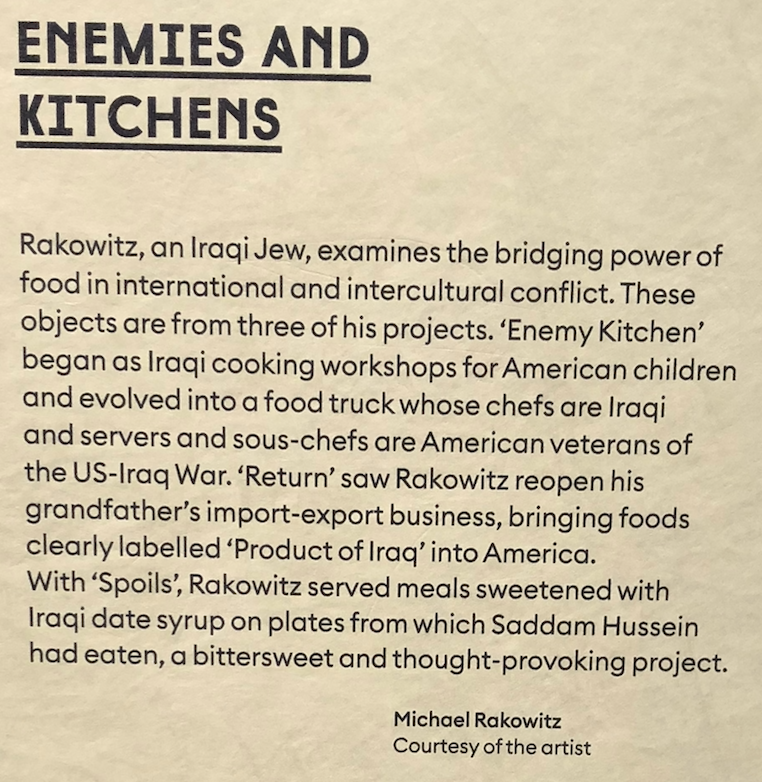 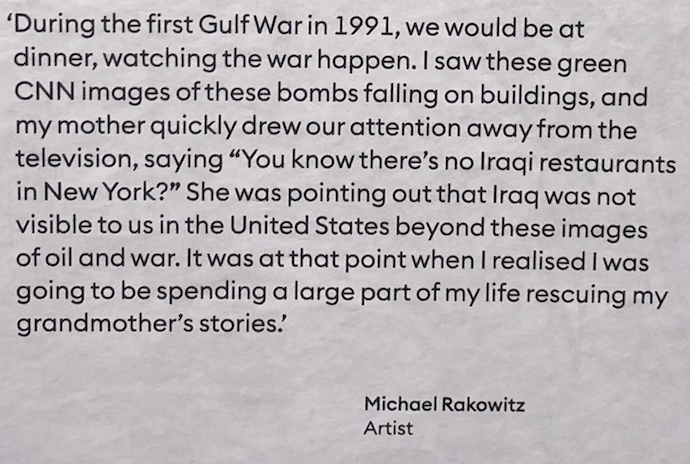 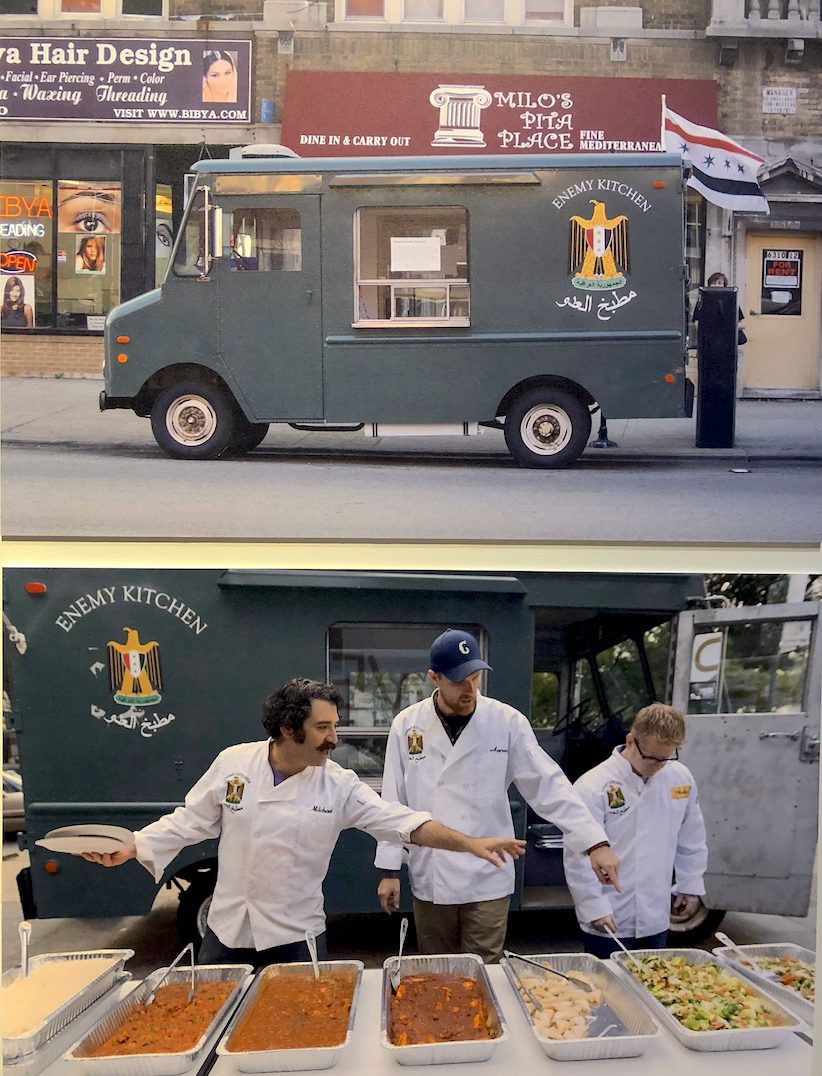 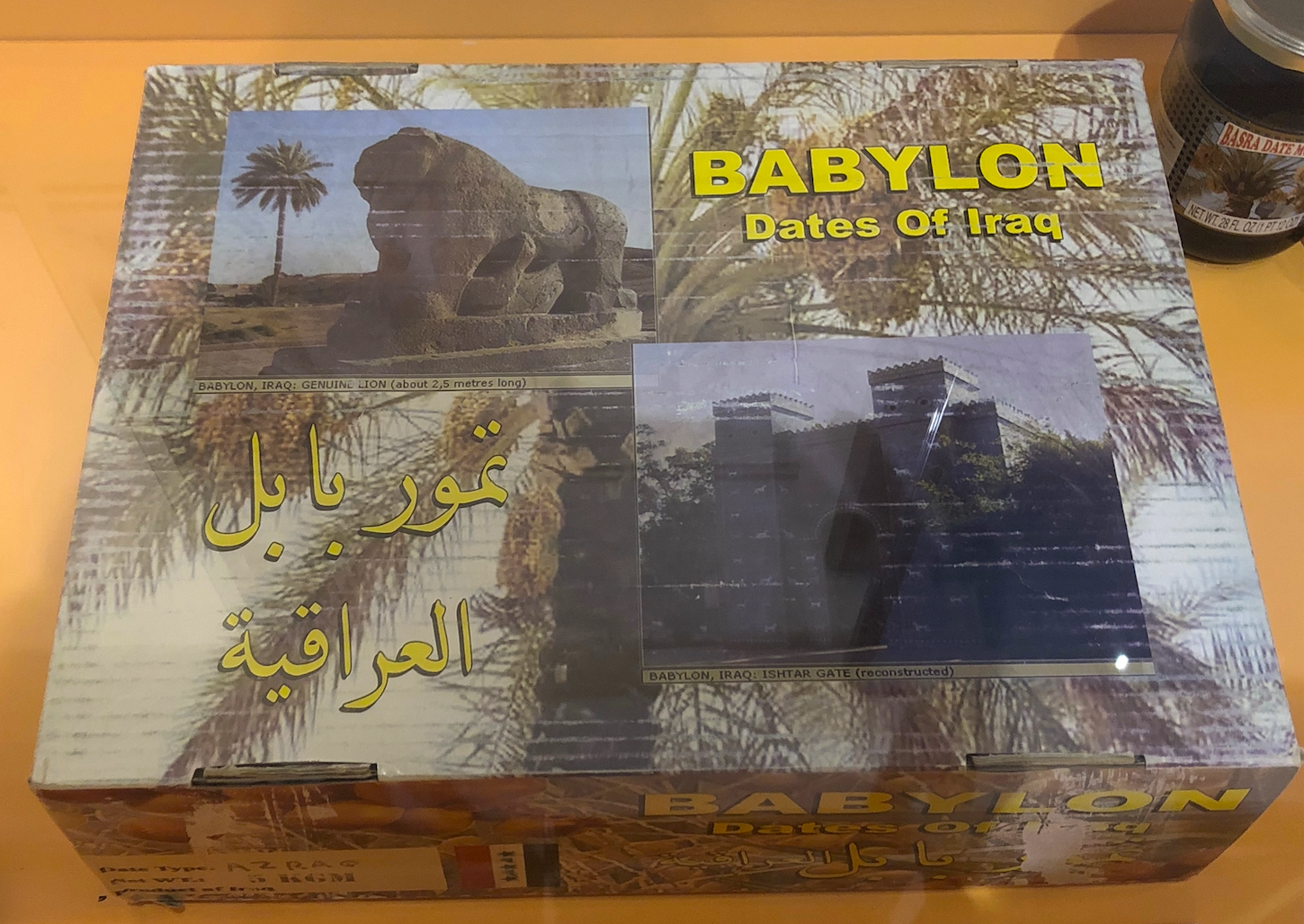 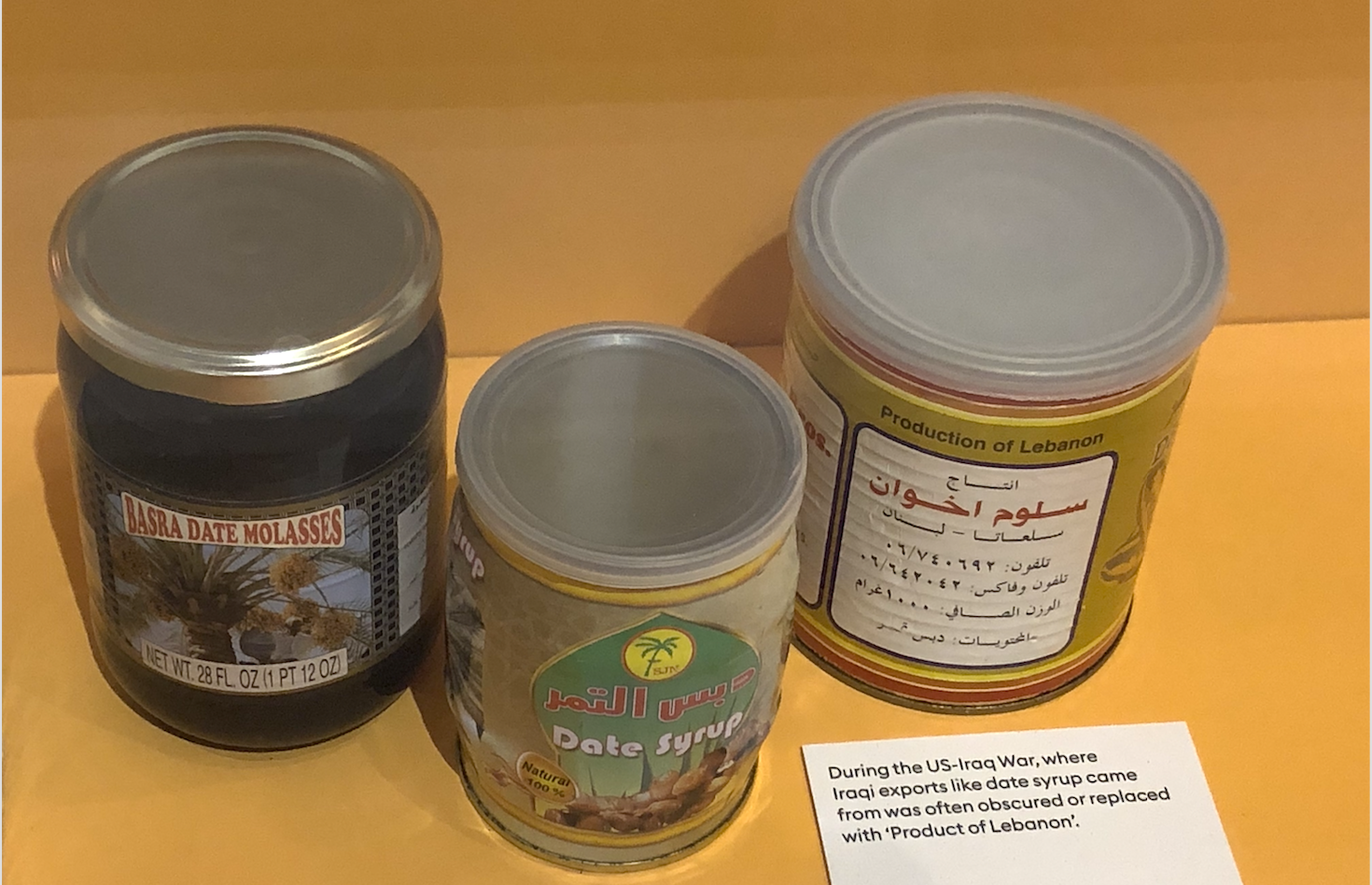 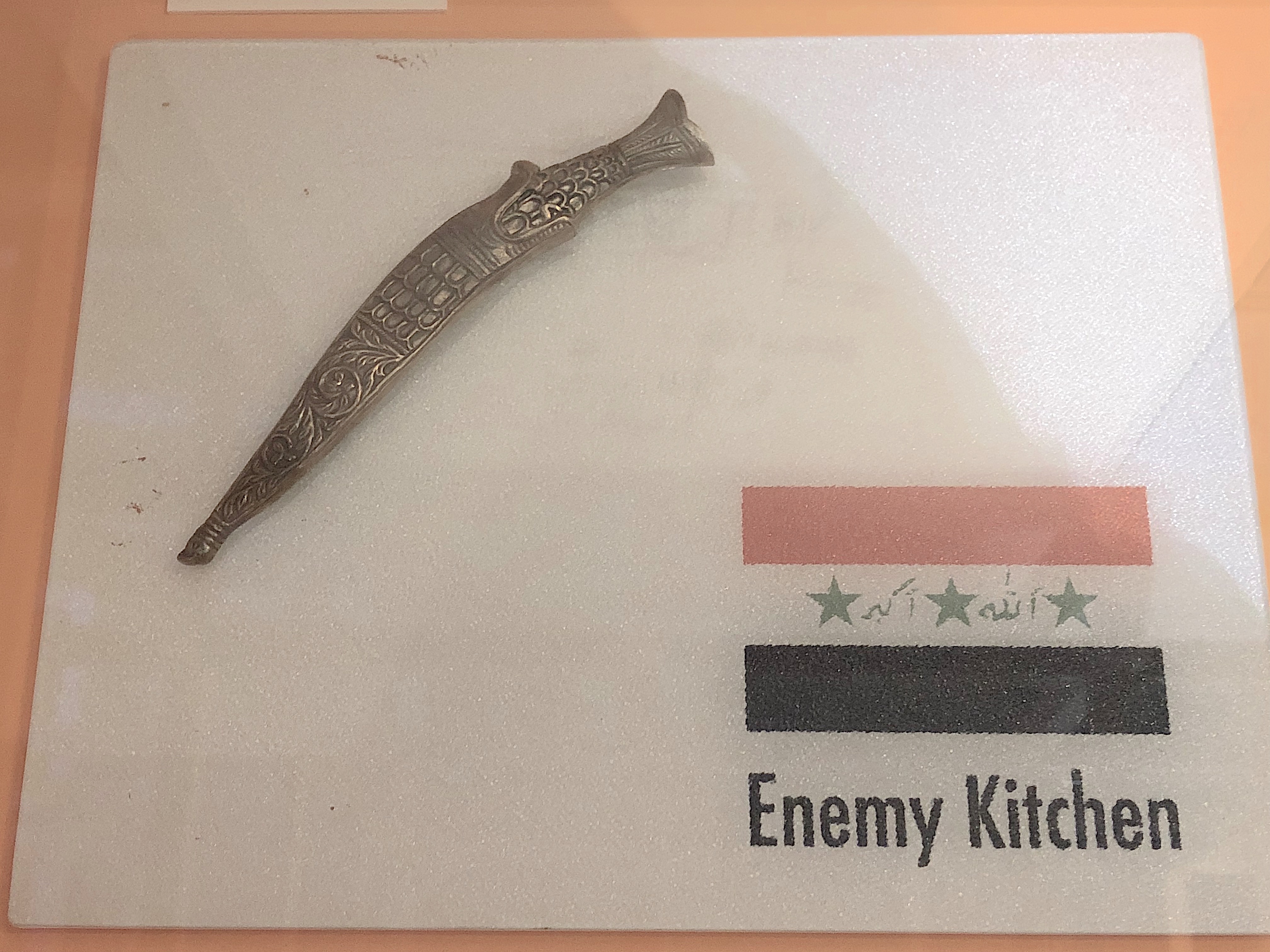 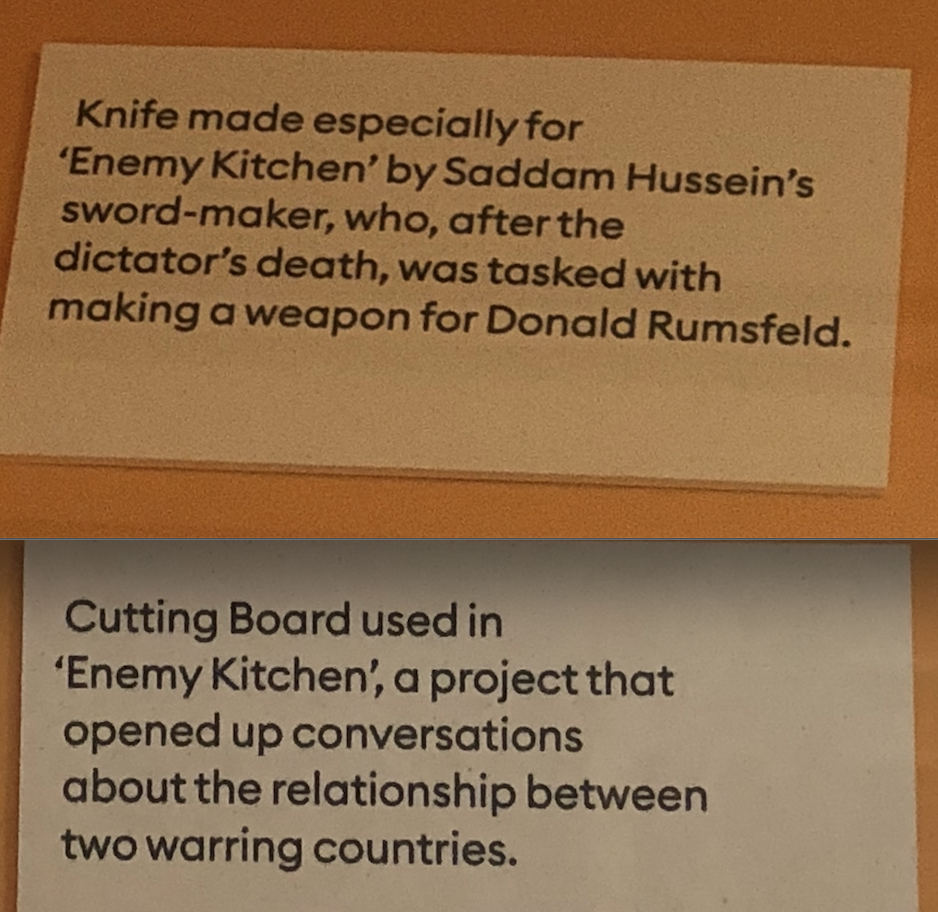