The Museum of Innocence

The Museum of Innocence by Orhan Pamuk is not just a novel but also a story that comes to life through an actual museum, both in Istanbul.
With that in mind, the story set in the mid 1970’s into 2000, reads as though it could have actually existed, like turning the pages of an old love tale, a fable that has been passed down through generations. And perhaps, the core of this love story has really existed, somewhere…
The novel unfolds the lives of Kemal, who hails from a wealthy family, set to marry a girl called Sibel, and of Füsun, a distant relation to Kemal. The text unravels to expose the love of Kemal and Füsun throughout the years, rooted in desire and passion as well as relaying the loss, pain and sweetness of the memory of their love.
The tale of love between them is revealed across the pages wrapped with interjections of social issues, such as the struggle between modernity and tradition alongside the influences and notion of what is seen or perceived as “Western” or “Eastern”, and alongside the perception of different social classes and female identity in Turkey.
The love of Kemal and Füsun, is lived in an old apartment, which, after a dash of fate and life intervening in their love story, Kemal, or Orhan Pamuk, fills with objects connected or belonging to Füsun, tuning her apartment into the Museum of Innocence.
The museum is a walk through the novel, a walk through love and through memory. In parallel, it also shows how an every day object can change meaning depending on which context it is placed in or to whom it is associated with.
The Museum of Innocence is a novel that observes, guiding the reader to do so too. The themes intercepted within the lines of the book may just be as relevant today, as the narrative makes us question our thoughts on if social issues could be knocking on love’s door and in answer love seeping through them and dissolving them. Literature highlighting notions in disguise of a love story or a love story developing them? Perhaps both. 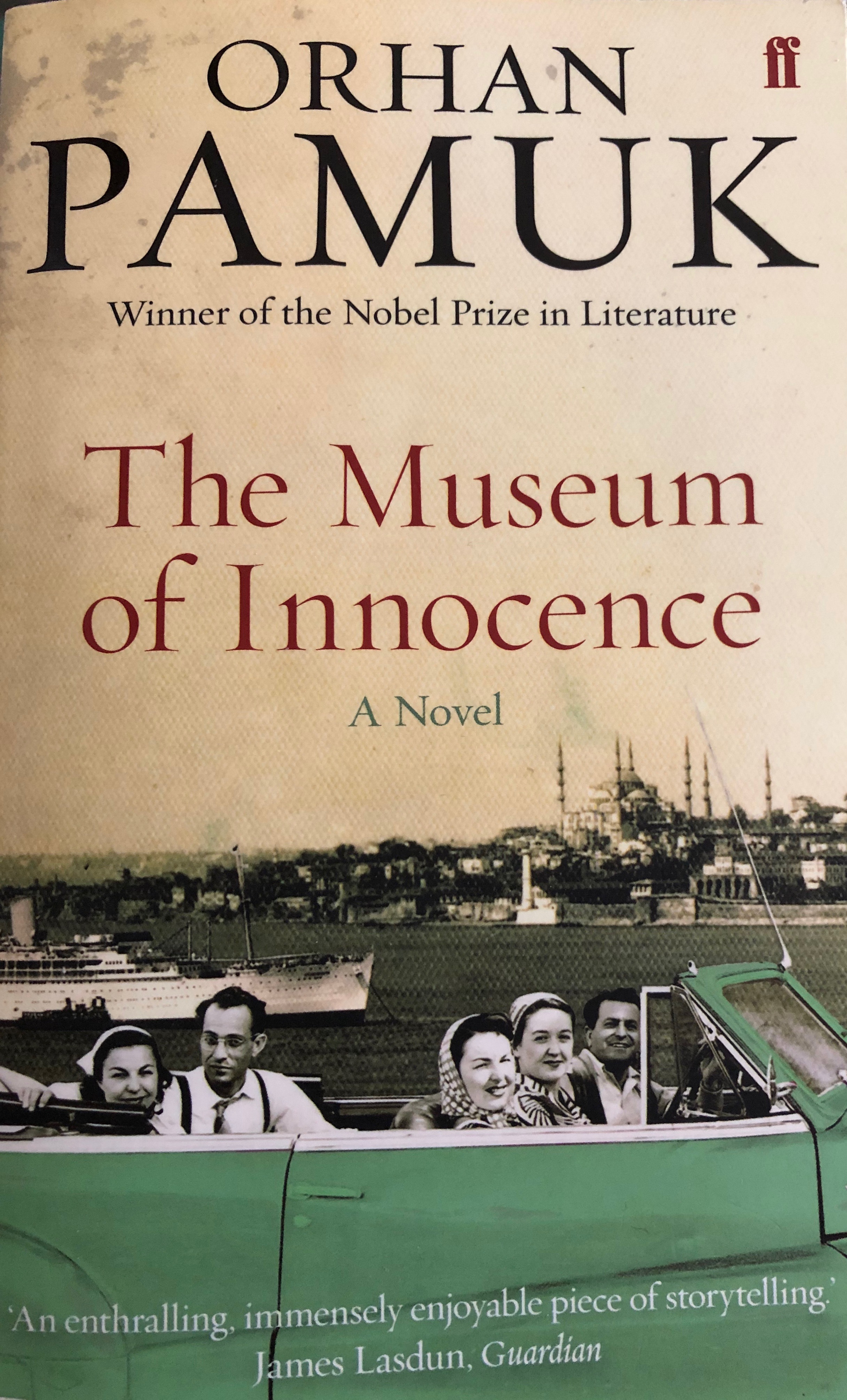 The Museum of Innocence by Orhan Pamuk 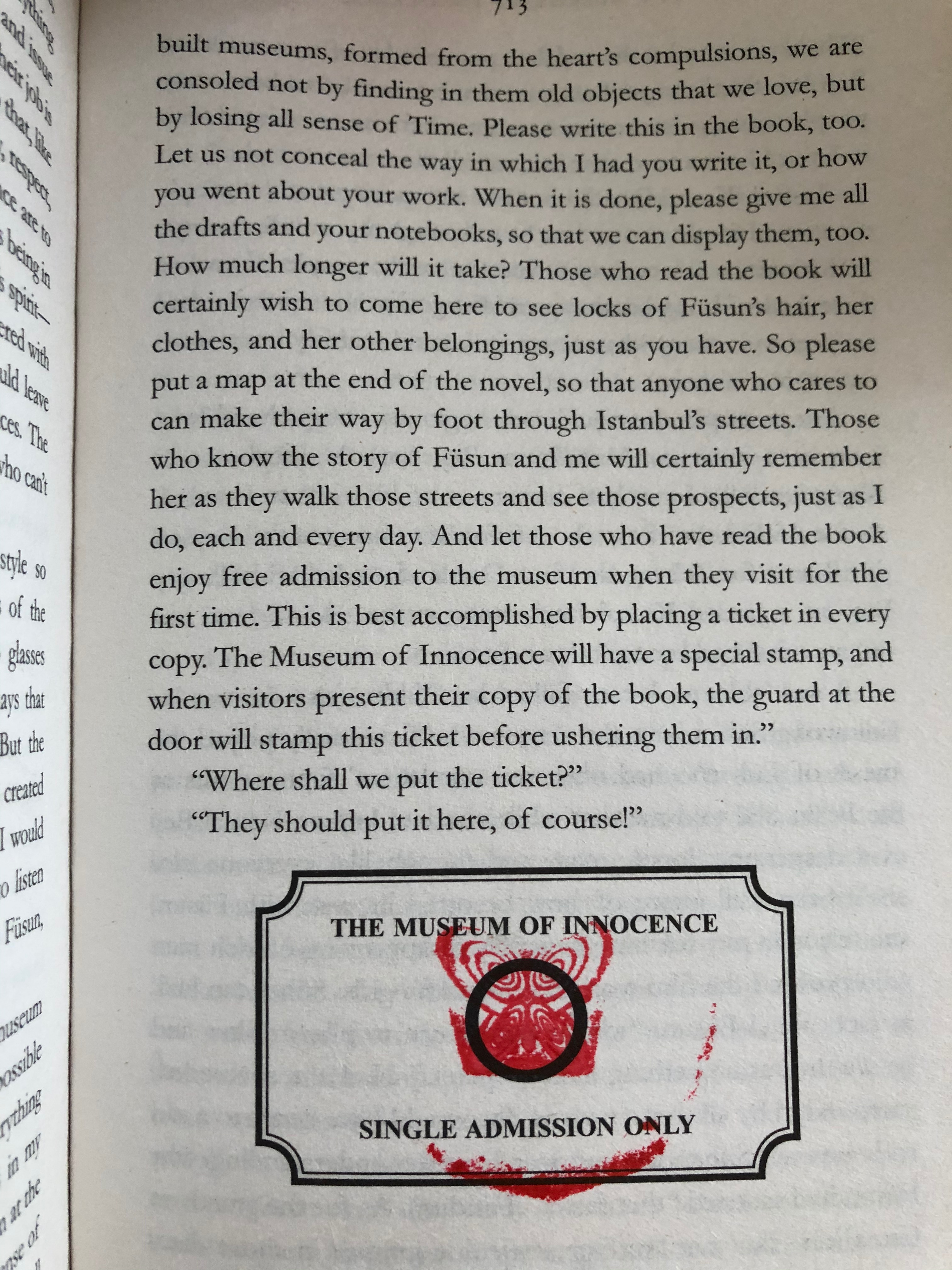 If you visit the Museum of Innocence in Istanbul, Turkey,  you can get your book stamped for entry