at The Mosaic Rooms

As art often does, it accompanies us in our times and through our thoughts, being a voice and a language. Hoping that the world will heal from all its difficulties. Saw a wonderful art exhibition touching on that, called ‘Gut Feelings’.

I had a gut feeling that it would be great and it was.

The art by Hayv Kahraman in the warm The Mosaic Rooms featured paintings of figures of women swirling through and around their guts and intestines, showcasing emotion and provoking intense feelings, questioning beyond the notion of ‘Otherness’ which the artist had explored in her work, and looking at the potentials for cognitive and bodily recovery through neuro-sculpting, as well as drawing inspiration from the coexistence of the microbial world.

Entangled knots within the paintings reflect on traumas that need to be worked through.

Three rooms with sets of works:

-Entanglements with torshi, is made with the juice of homemade torshi pickles, where the pink-mauve colour is used in the painting. Hayv Kahraman was interested in the health benefits of torshi, turnips and beetroot for the gut, and the fact that it is often served alongside Arabic and Eastern European cuisine. 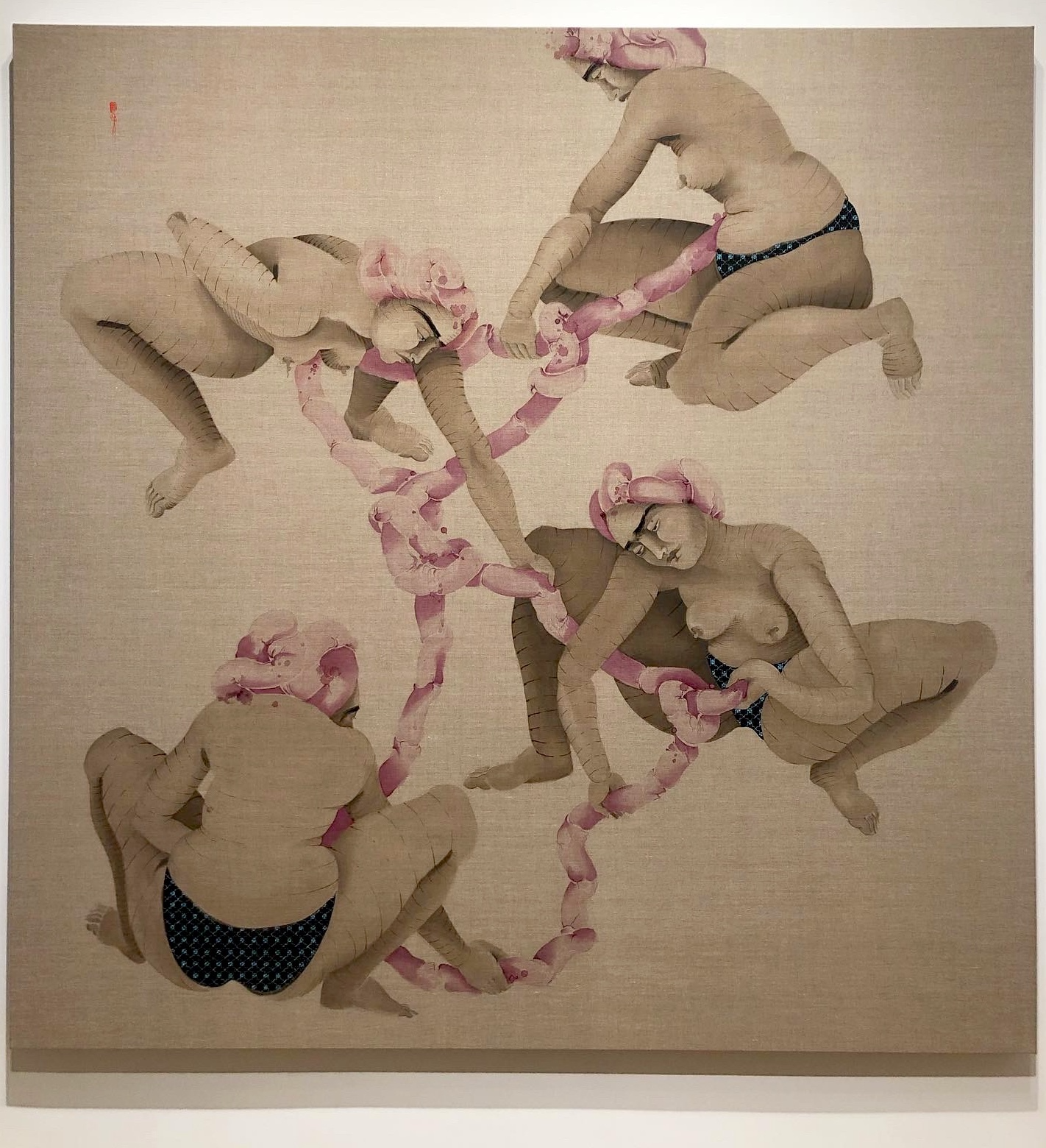 Entanglements With Torshi by Hayv Kahraman, 2021, oil on linen 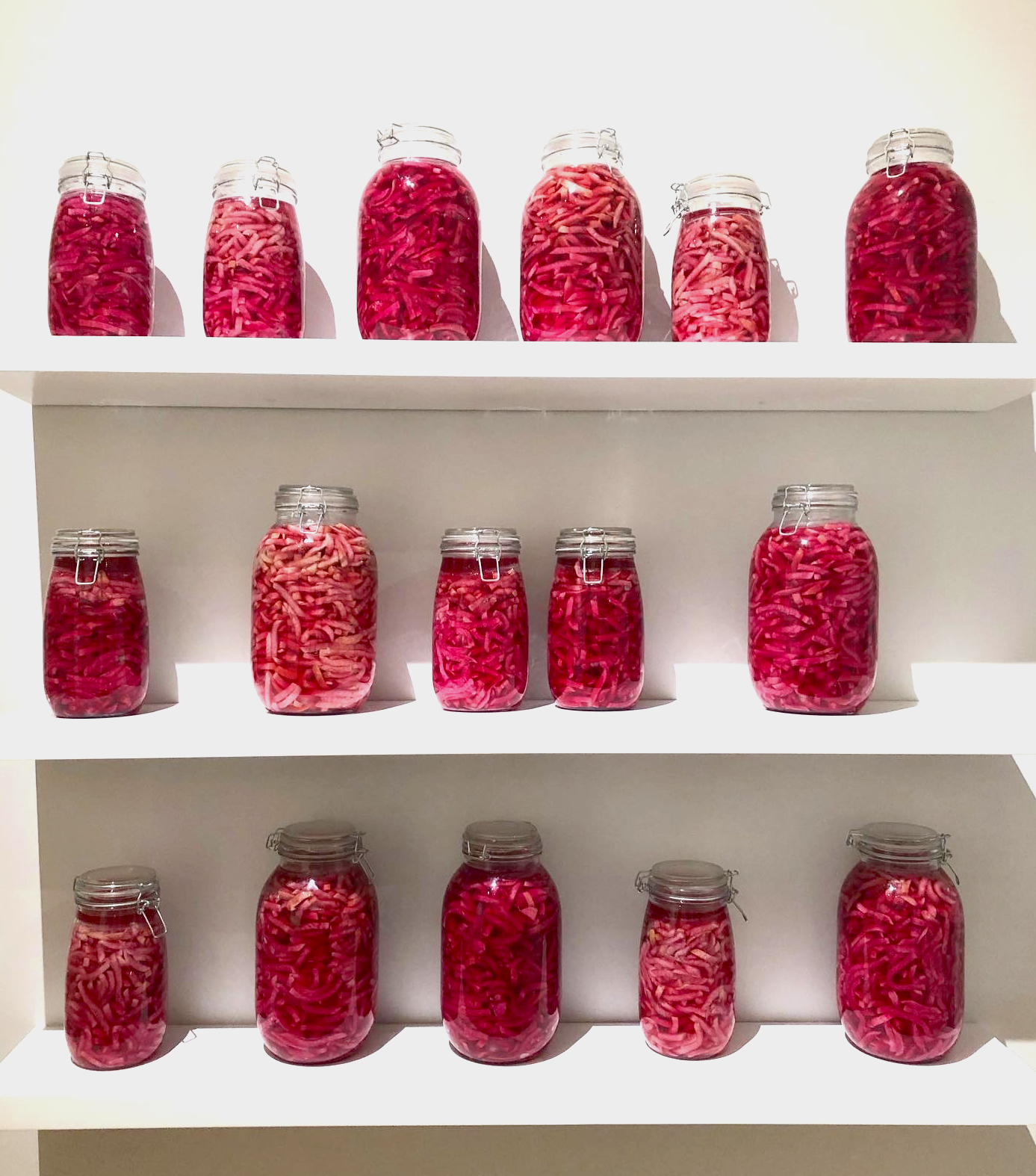 -The series Neurobust, the intestines are depicted in darker tones, a metaphor for ideas being forced upon each of us. The women are seen uneasy and sometimes chocking, the artist talks about reflecting on the effects of colonialism; and the occurrence of a dog entangled refers to being caged in trauma. 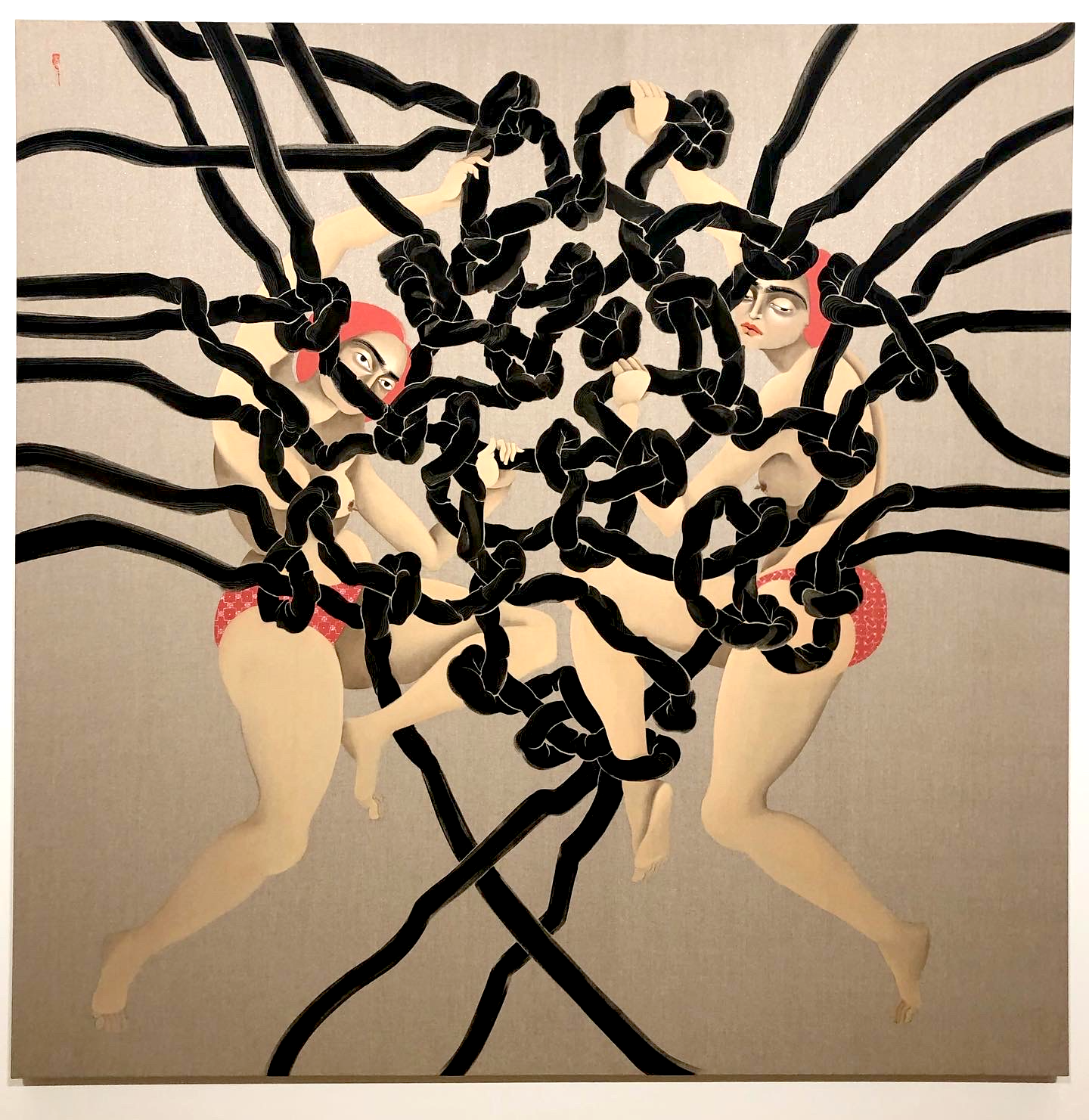 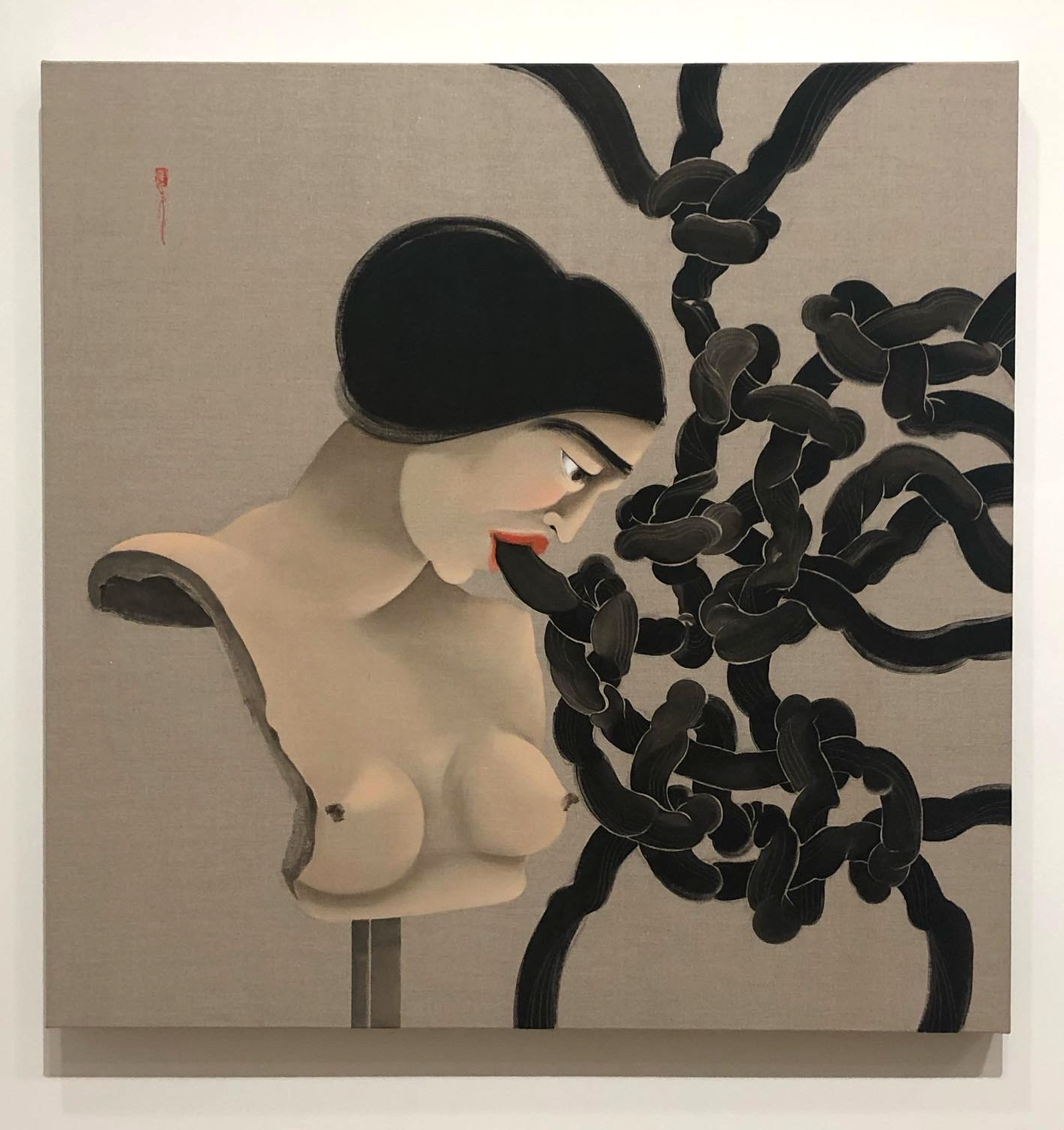 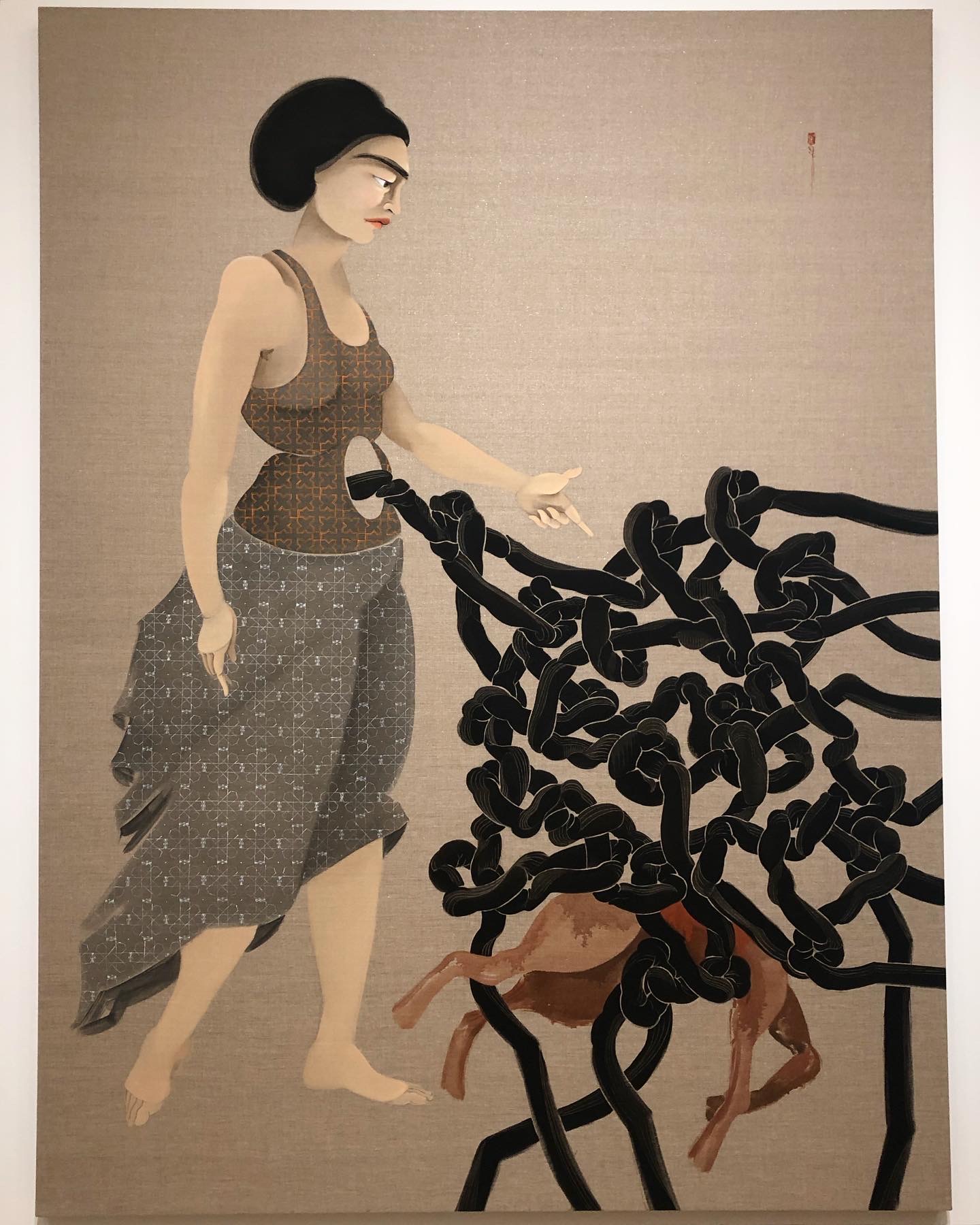 -A body of work made from flax fibres, where the artist paints on deconstructed linen. Instead of looking at microbes and bacteria as invasive, the artist explores through art how the body needs microbes to survive. There is reference to pain by the artist, who sees it embedded in ‘political’ systems, and looks to thinking of how people can thrive, instead of feeling stuck in a system of wounds. 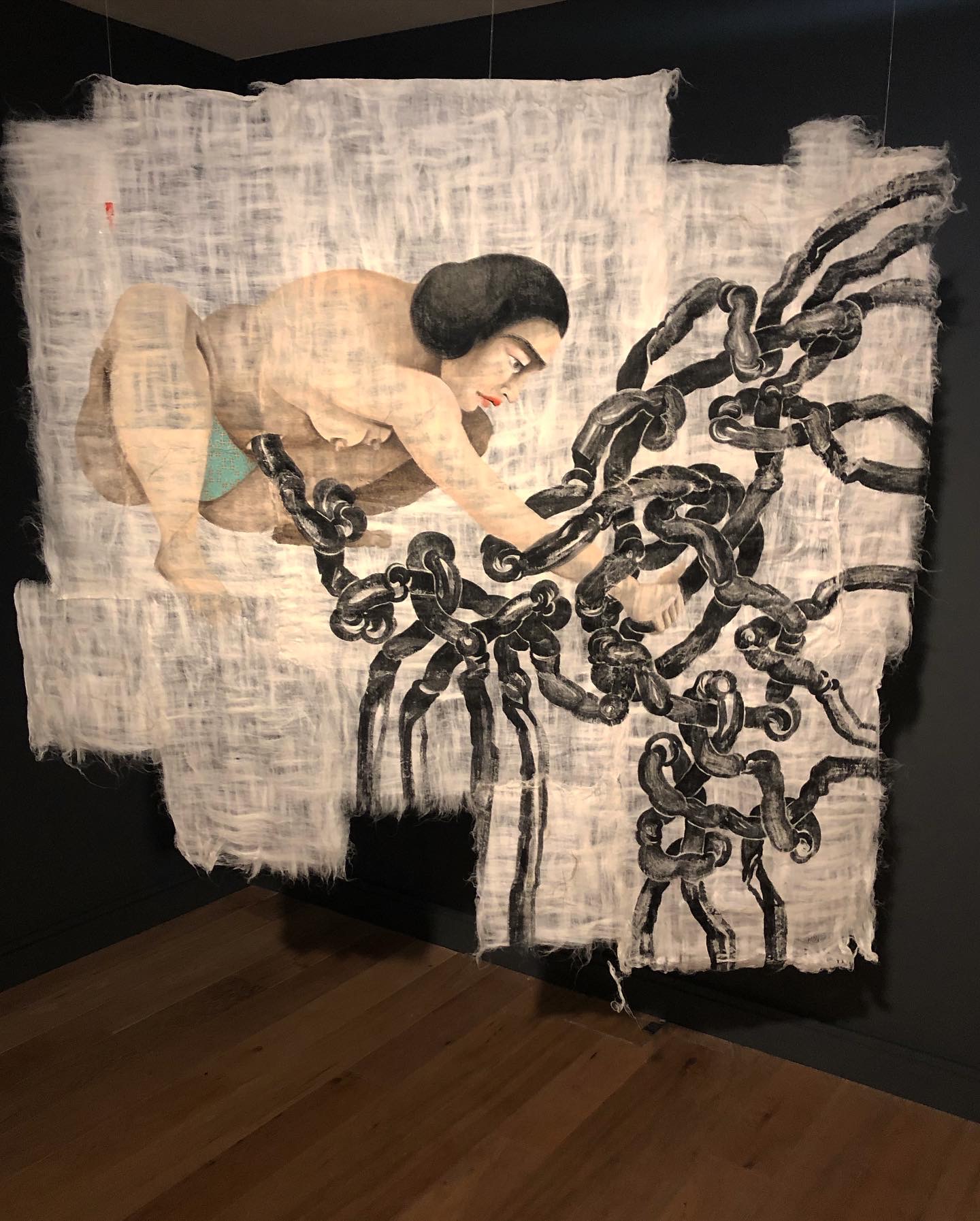 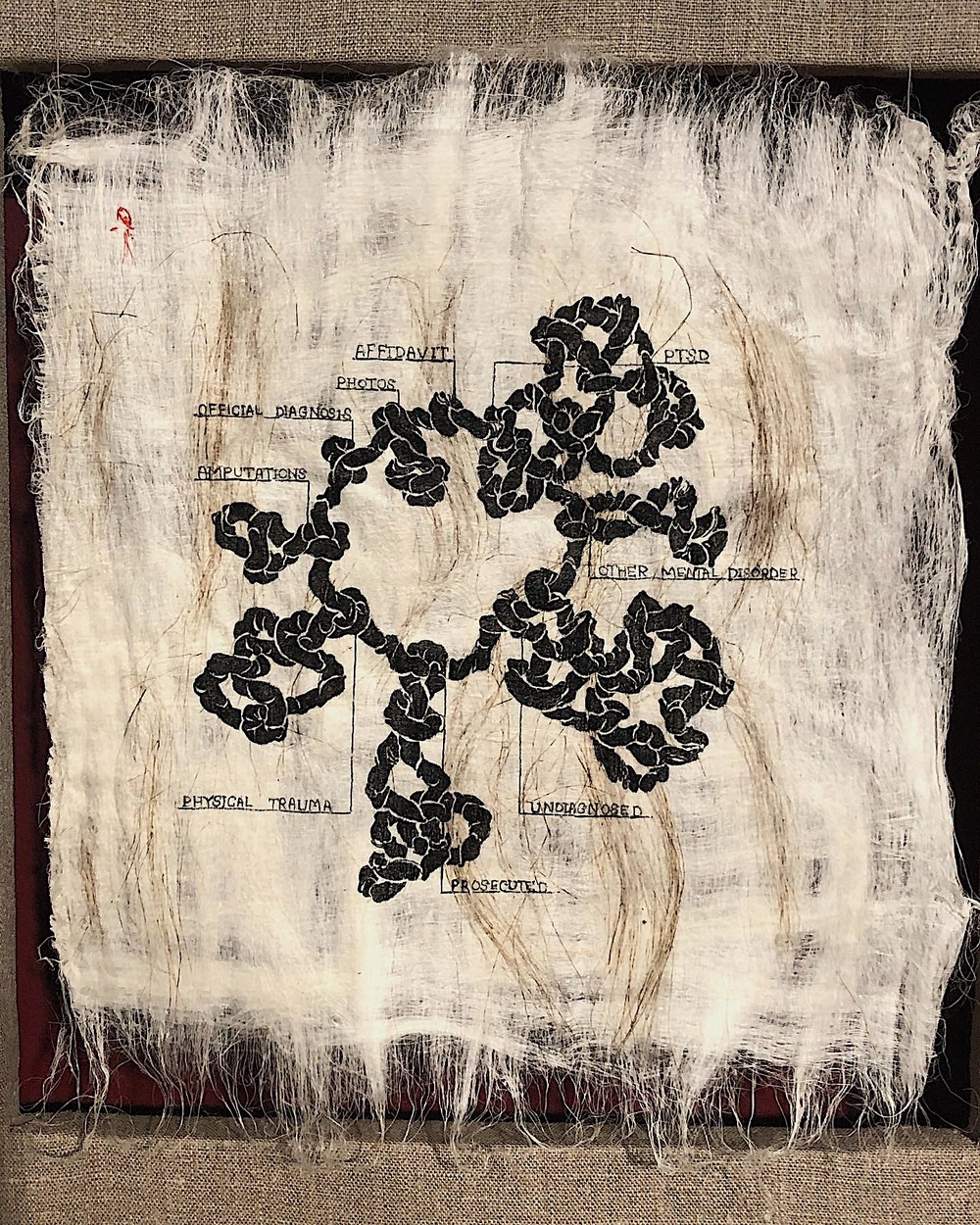 The entanglements in all the artworks feels like it depicts what many who have experienced war would feel from the inside. War has heartbreakingly ravaged many corners of the world,  hoping that history will be remembered and peace will find a way.

All pictures taken at The Mosaic Rooms exhibition. 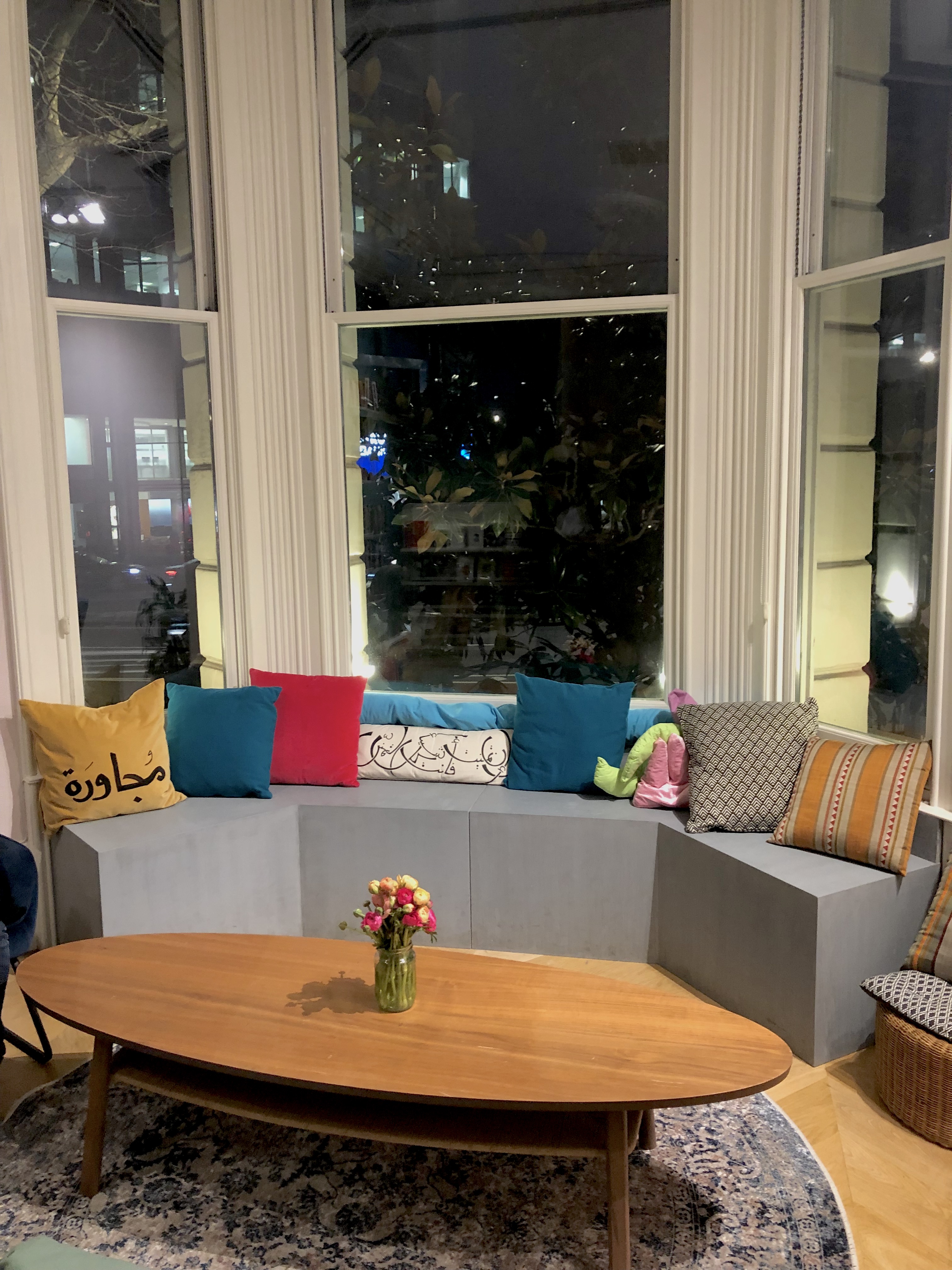 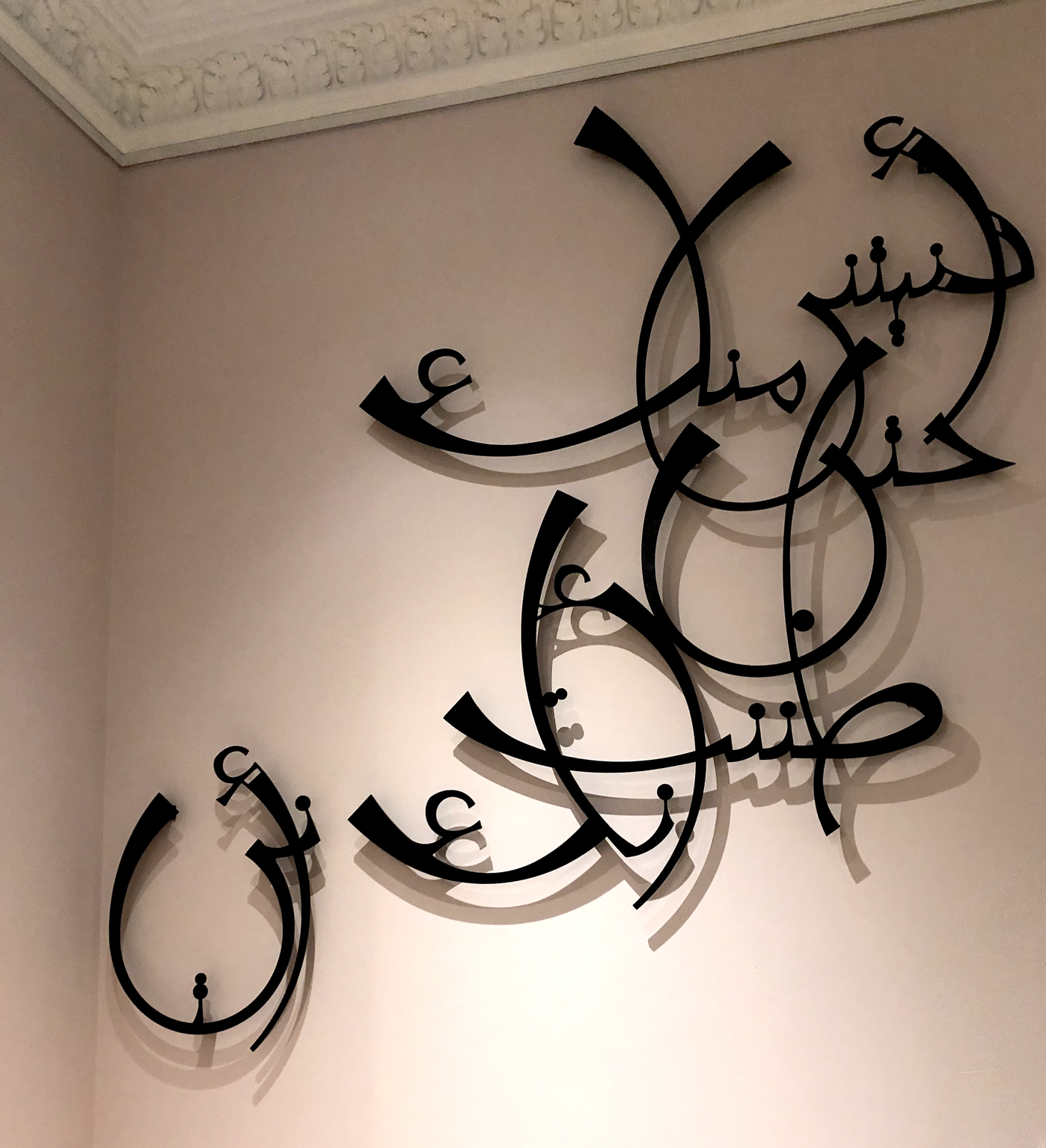 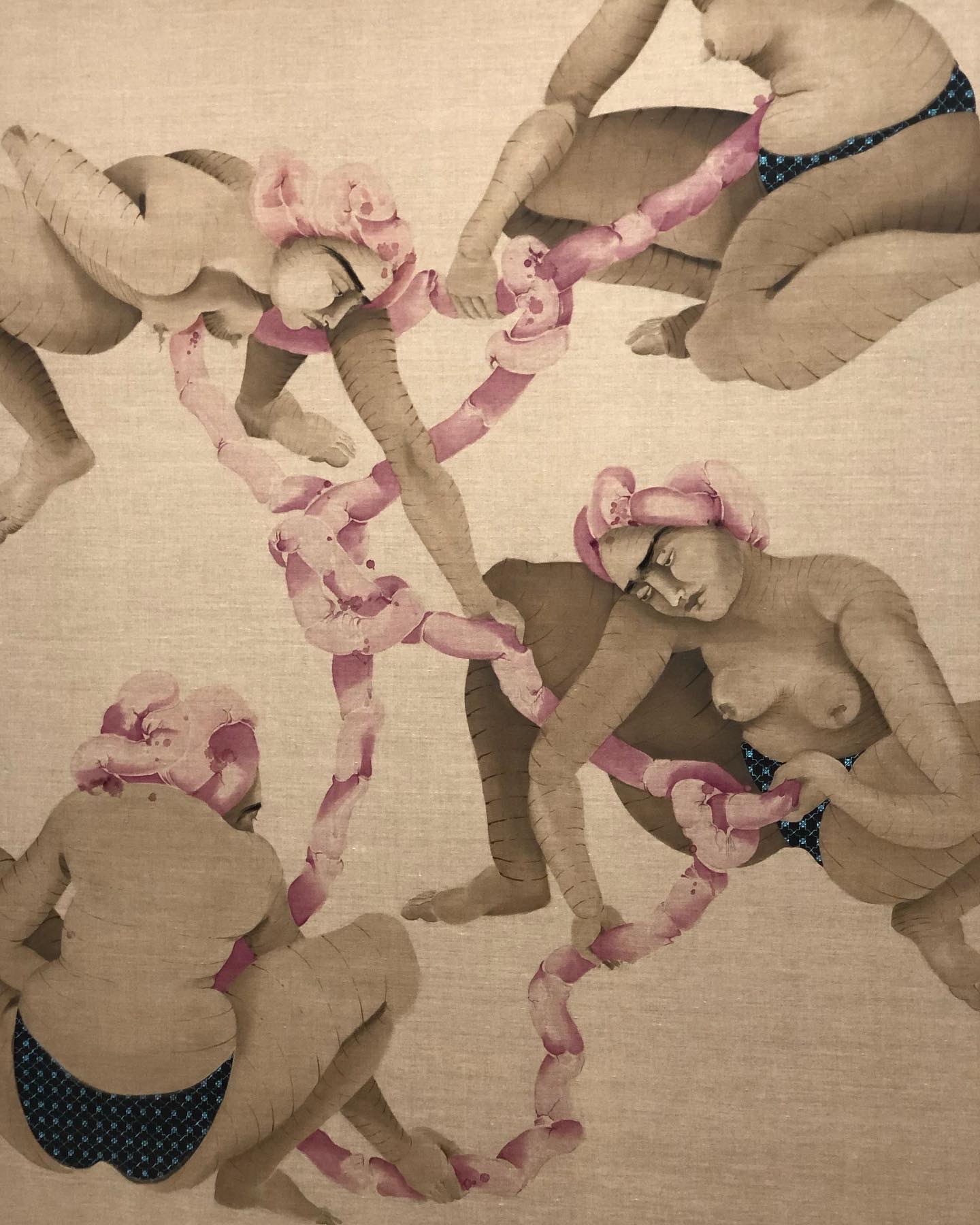