Alun Be's photography ignites emotion, immersing the viewer into his engaging images, bringing to life an array of empowering notions, within a poetic, delicate as well as powerful visual aesthetic.

Through contrasts, ideas on technology, readdressing narratives and dismantling stereotypes, beautiful captivating and expressive art photography by Alun Be, evoke both touching and strong sentiments, propelling the artist's ideas to travel across from the artwork and seep into the viewer.

For Alun Be at the heart of everything he does is art. Here he shares with us some of his thoughts on art, its power, Africa and its beauty.

What first drew you to art and what characteristic does photography hold that interested you?

For as long as I can remember I was an artist at heart. Due to my upbringing, I was unable to always express that openly, but I knew that I couldn't get away from it, for my mind works in an artistic fashion.

I love photography because it allows a hyper realistic reproduction of life from which I can re-tell stories through my own prism. 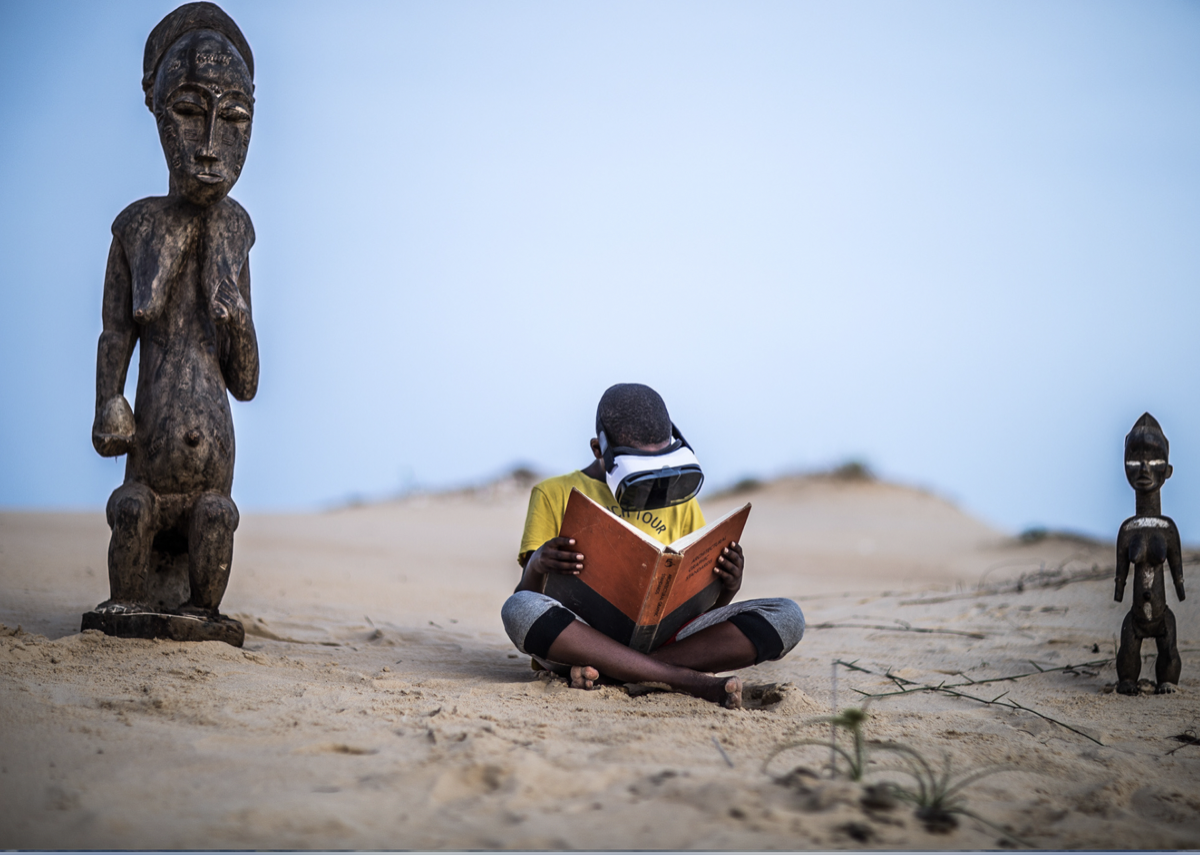 'Cultivation' by Alun Be from the Edification Series 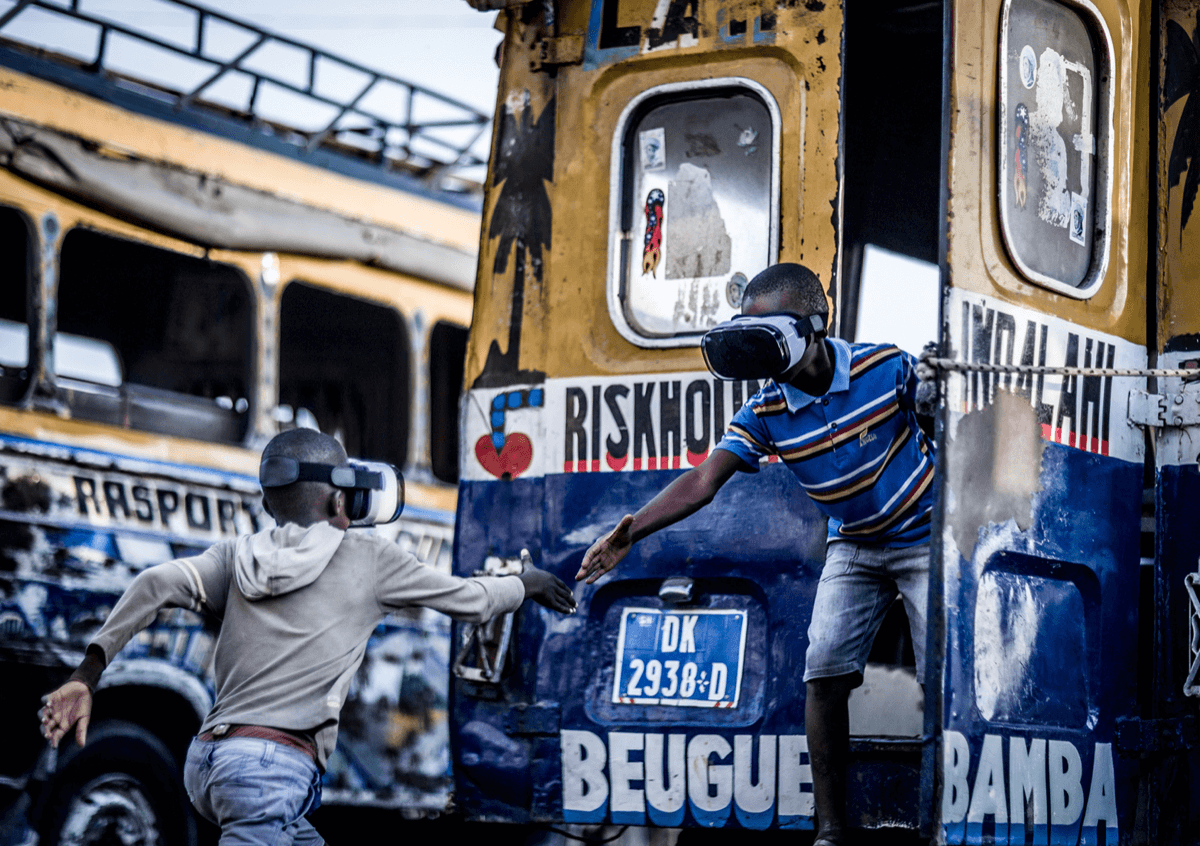 'Kinship' by Alun Be from the Edification Series

You trained as an architect, has the practice influenced your photographic style?

Architecture has a lot of influence on my photography, those two fields share much common ground. Ideas found in art can be translated into the conceptualization of architecture and vice versa. Throughout history, both art and architecture have intersected and affected each other in a variety of ways with distinct instances that can be divided into two categories. The first involves using proportional and compositional principles directly from one field to another; whereas the second entails learning from the experiential qualities of one discipline and transposing it to another one. My process focuses on using simultaneously both approaches to generate harmonious results.

Your art is a language, what message(s) do you want to convey with your work?

I perceive my work as visual metaphors. As a witness of our modern times, I choose to depict my surrounding world out of emotions and research. My message is often an open question to what is truth in a time of massive digital information. I believe that truth is found in between opposite belief systems, in other words, somewhere in the middle of opinions.

The many different important notions you explore in your art, such as changing the way we see things, empowering women, futurism, and our relationship with technology, how do these series first come about?

I am always contemplating on the contradictions that exist within our societies, and how they govern our behaviours. Once I am able to assess the depth of the dichotomies, I am then able to visualise the tension as well as the message that can arise from their juxtaposition. 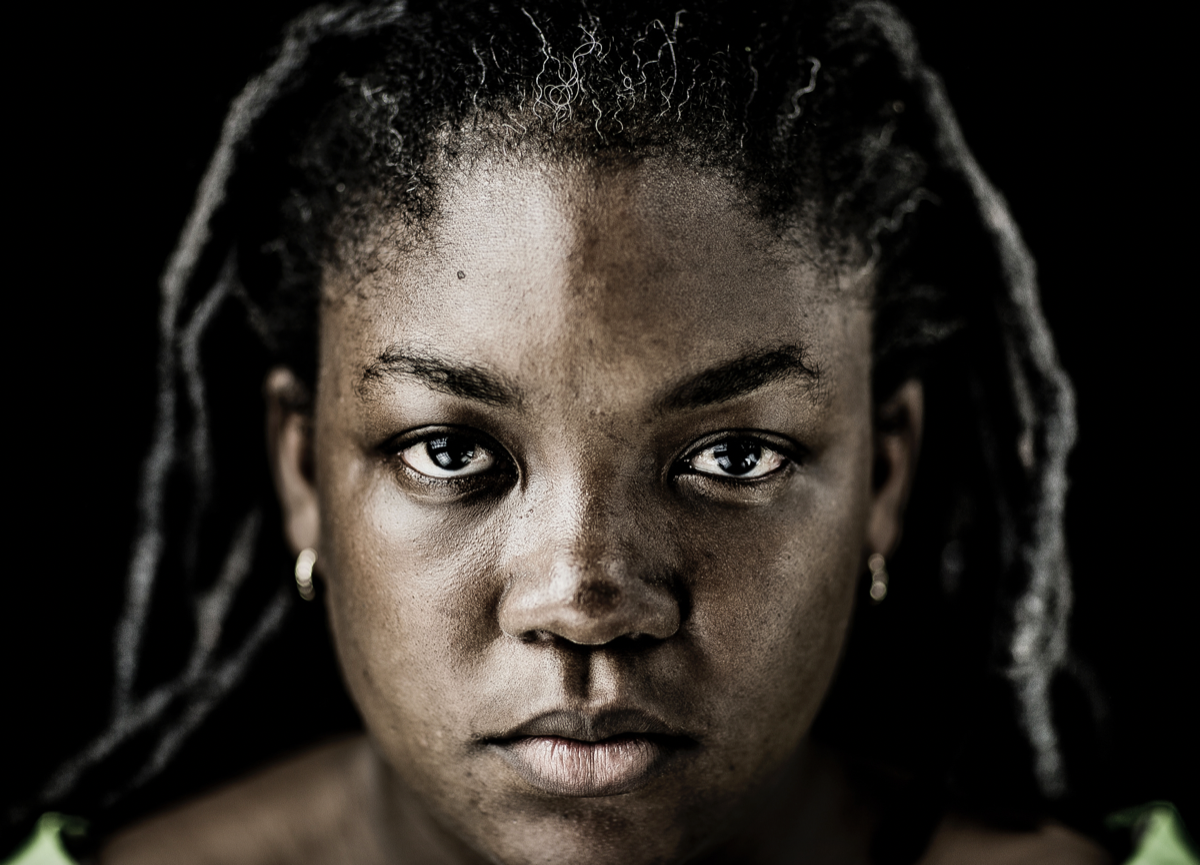 'Madame Deme' by Alun Be from the Empowering Women Series 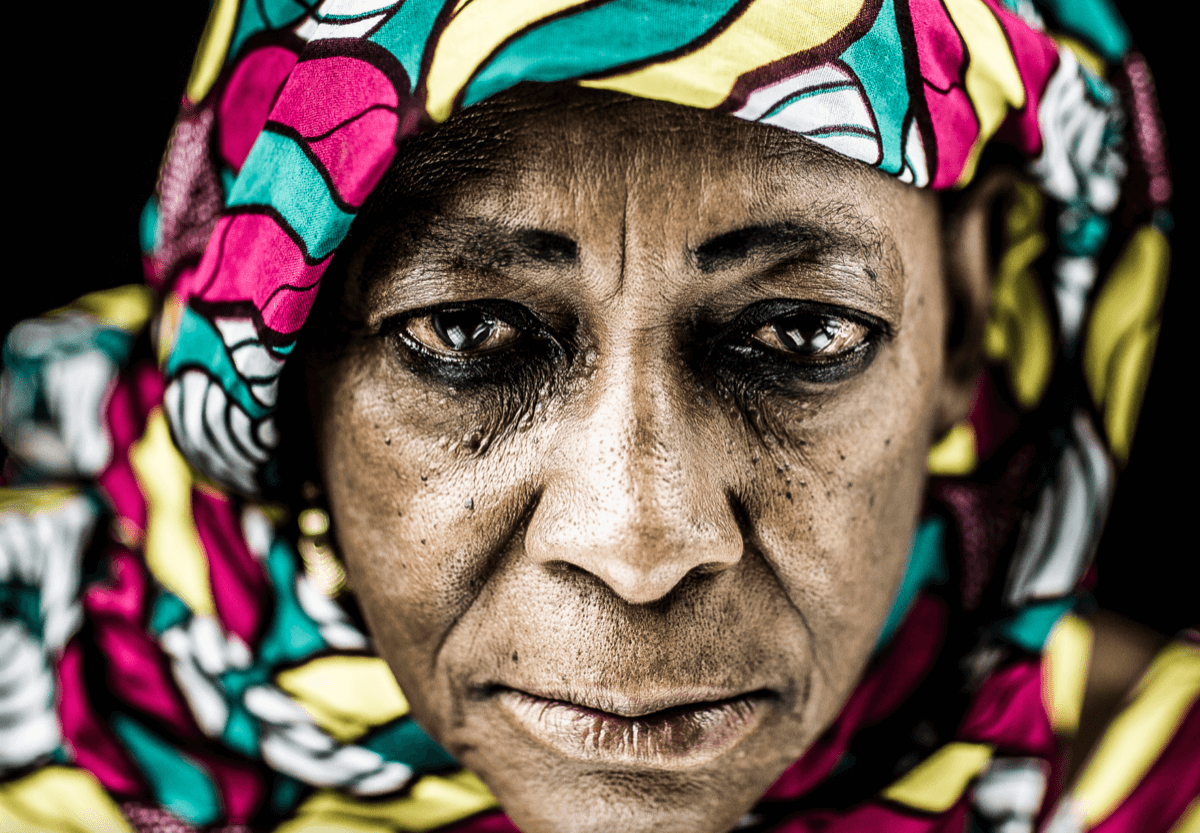 'Madame Sidibé' by Alun Be from the Empowering Women Series 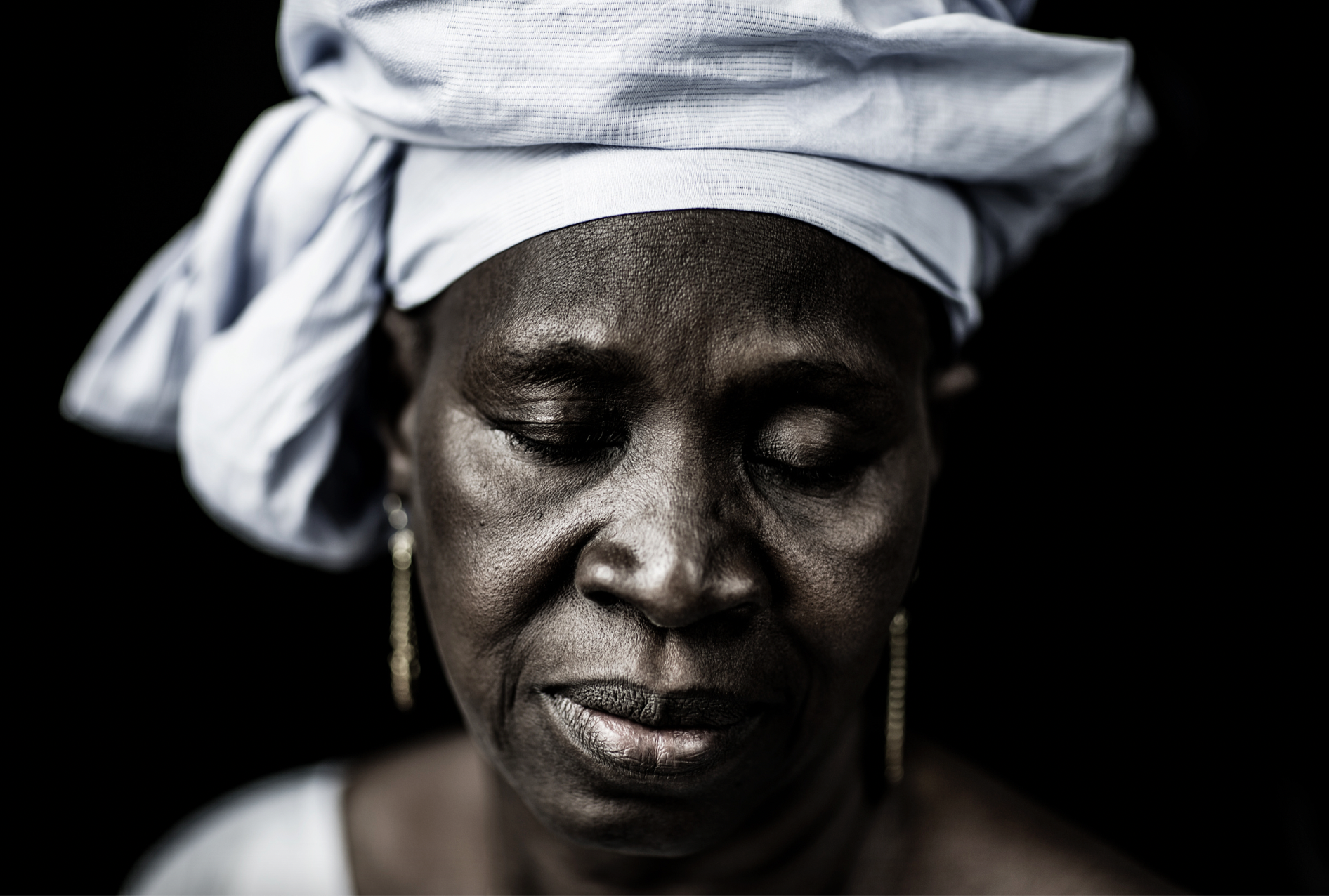 "Empowering the women of Senegal: this series of portraits was exhibited at the United Nation Pavillion of the World Exposition 2015 in Milan, Italy. We usually only see two side of Africa in photography: suffering (poverty, hunger, diseases, wars...) or joy (smiles, laughter, music...) rarely do we actually see  Africans as determined strong-minded people. This portrait series is an attempt to demonstrate the tenaciousness of self-assertive women in Africa." -Alun Be

What are you thoughts on technology increasingly being part of our world?

Just like everything, it’s good and bad. Now the real question is: is it beneficial or non-beneficial in the long run. Only time can tell. 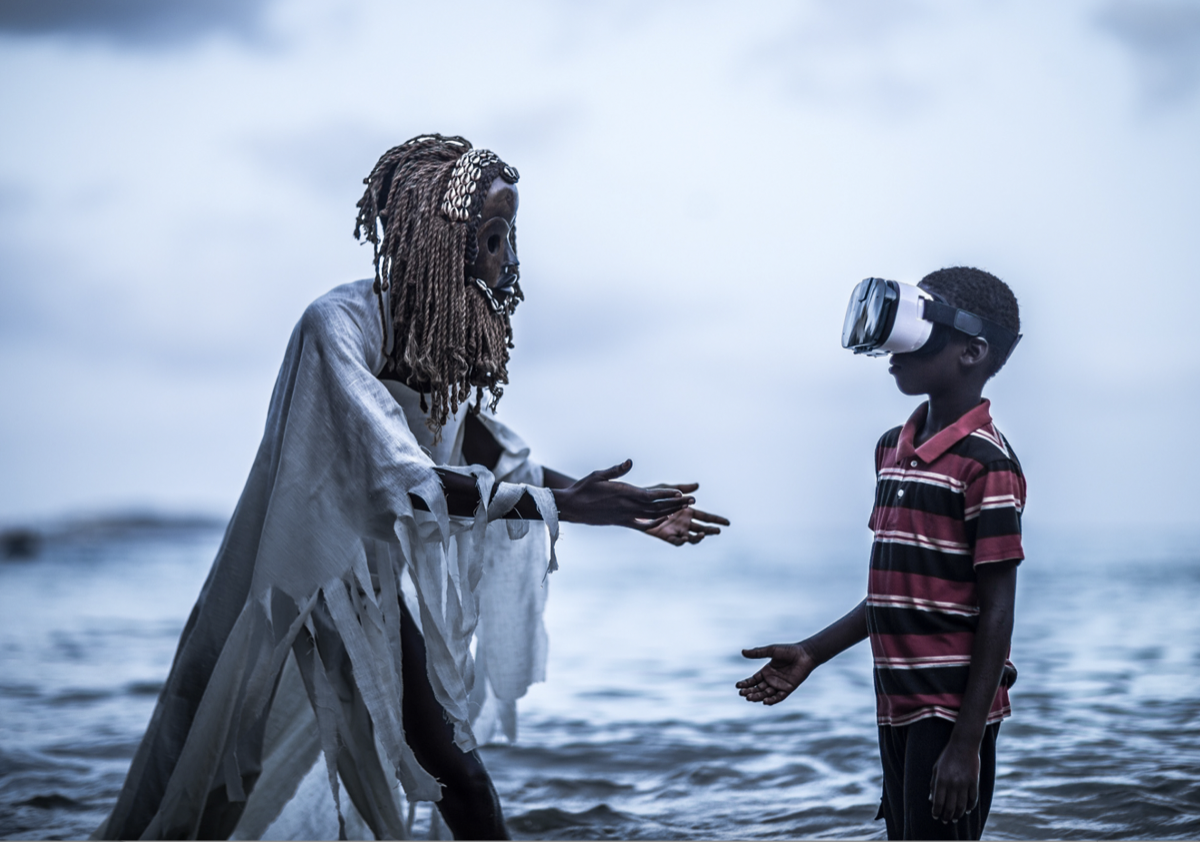 'Leap of Faith' by Alun Be from the Edification Series 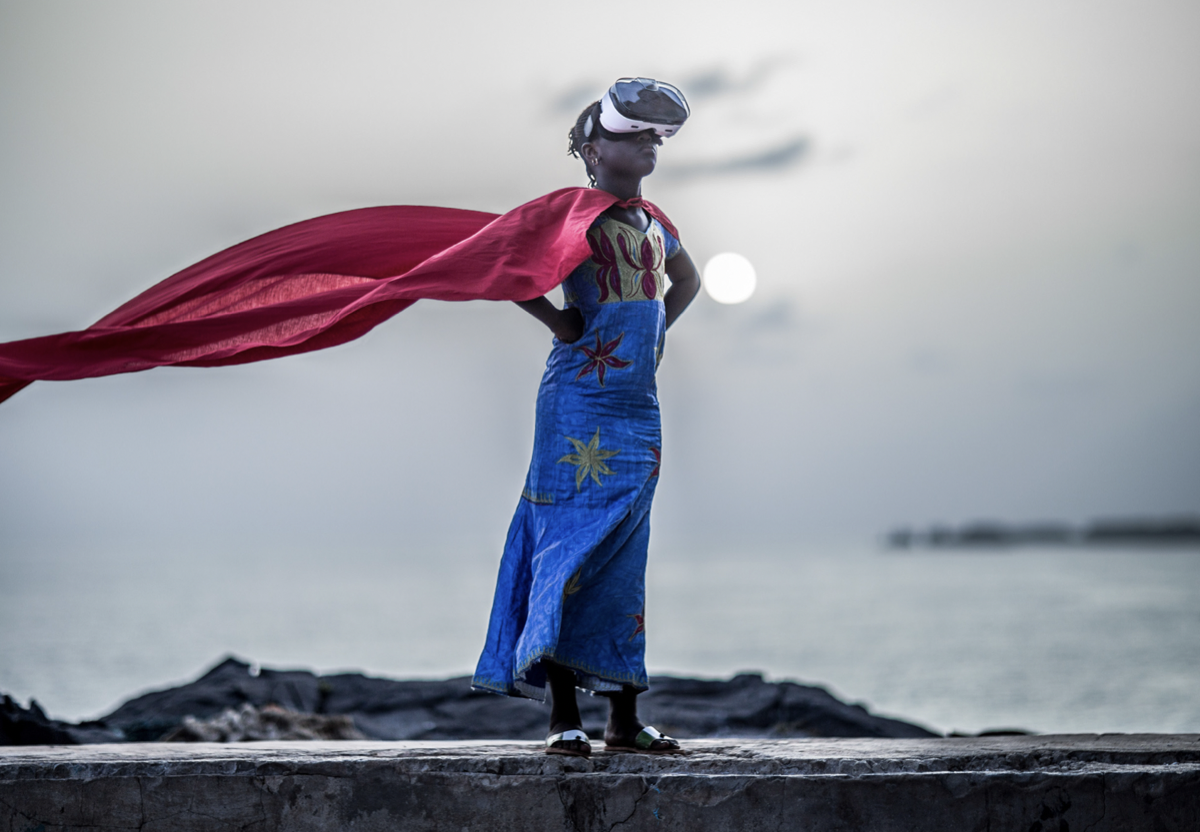 'Potentiality' by Alun Be from the Edification Series

Can you tell us about what you have called portraying African modernity in your photography?

In the same way that Hollywood has been very selective on what they show about America, I choose to show that side of Africa that you will not see on TV. Again it is that grey space, the middle ground between opposing ideas.

You showcase inner wounds or visible scars, displaying them in a beautiful and poetic way, how vital for you is the duality of strength and vulnerability in your work?

If you can show the left and the right at the same time, then people will focus on the middle plane. That is my approach. Forget about everything for a moment, and see that space which is blurry to the naked eye. For in that space there is no tension, there are only feelings and emotions. A space where we can all dwell for a moment. 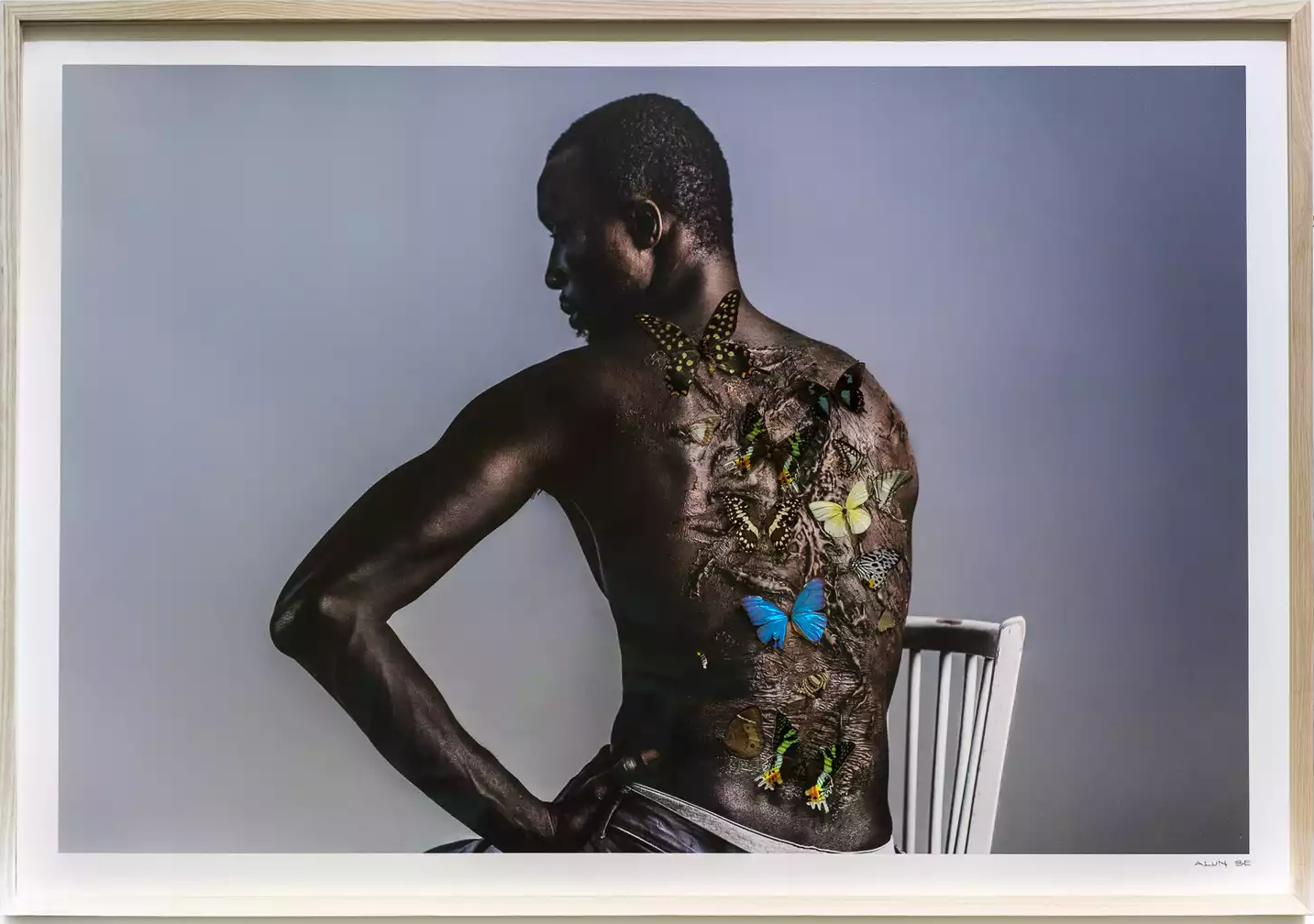 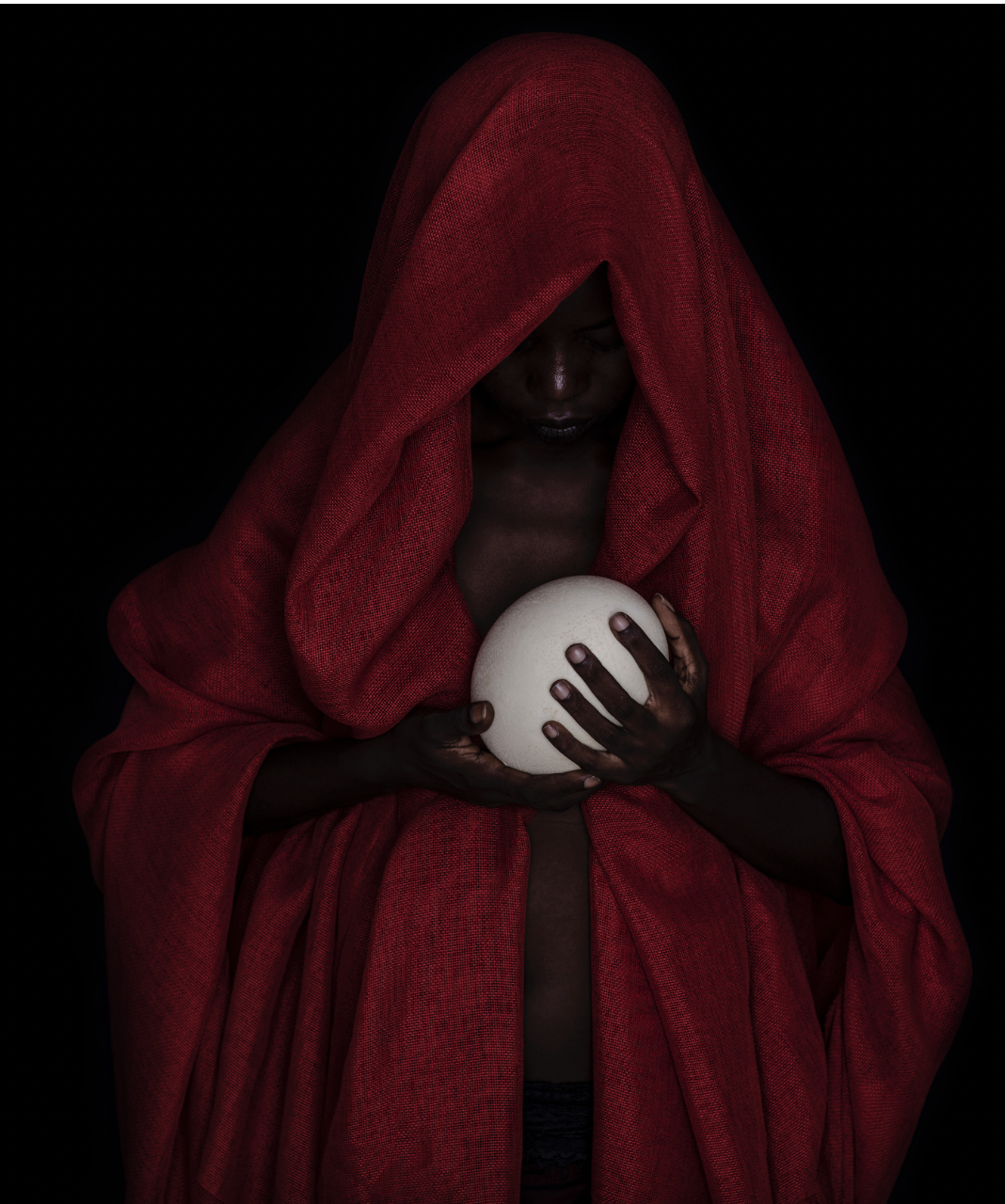 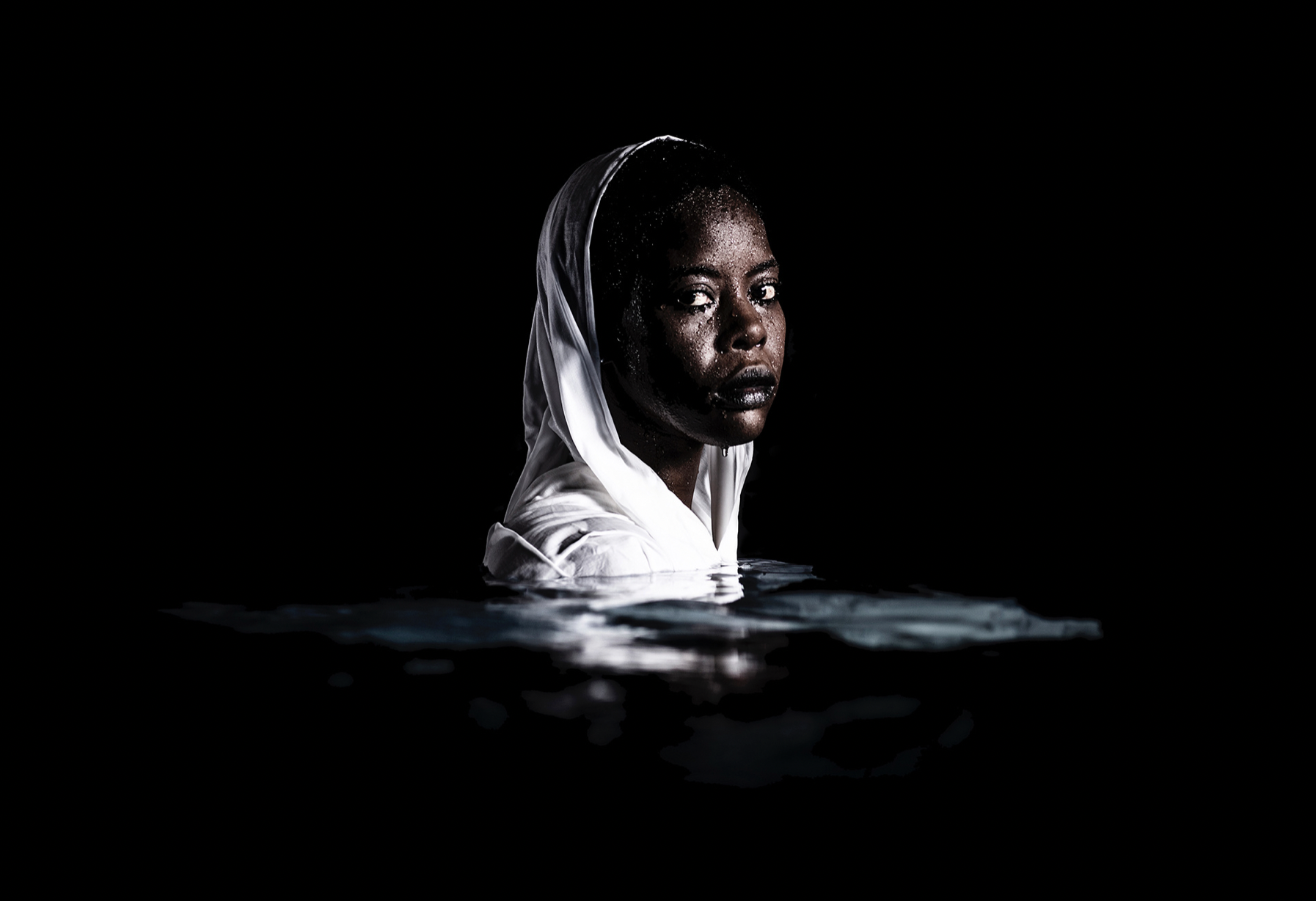 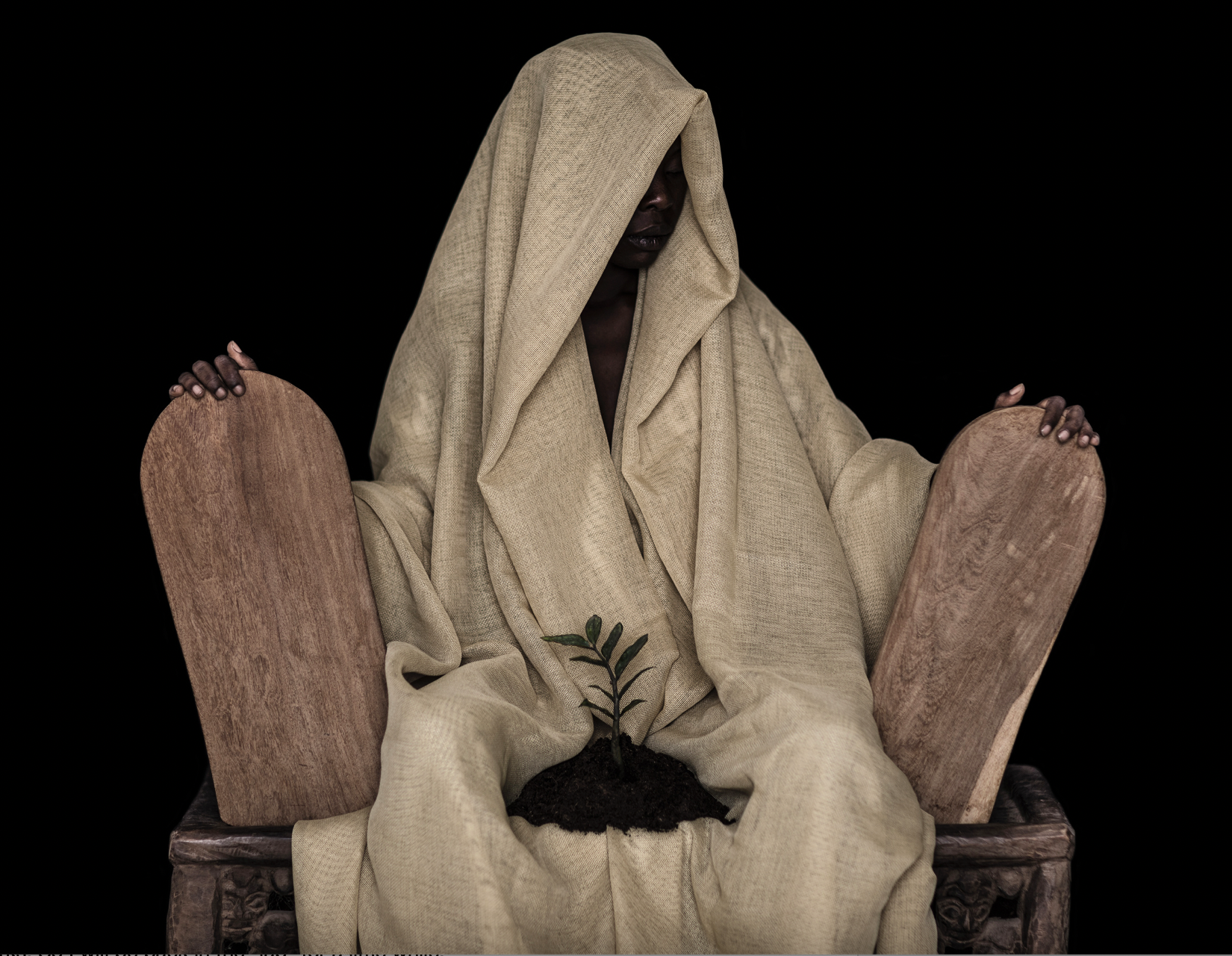 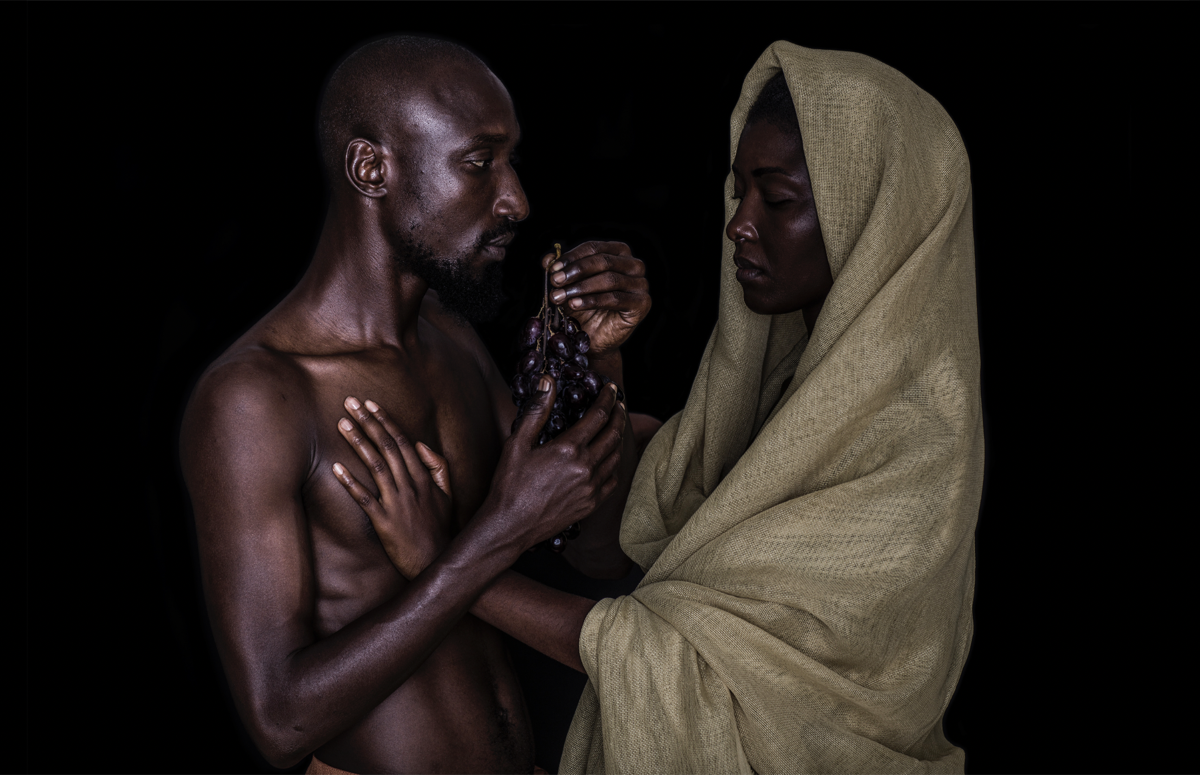 From the Series Evol by Alun Be

How much power do you feel art has?

Art has the power to put right stories that are clearly untrue, stories that have been created in order to bend history. Emotions do not lie, and the truth sets people free. As a matter of fact, only truth is kind. I see art as an act of trying to do “just”,  towards people in respect to their primal rights: the right to be who they are.

What are you working on next?

The time of latency is more important than the time of action. I have been exhibiting my work around the globe for a few years now. I think it’s time I hit the pause button and focus on creating a new body of work. So I will be back in the “lab” for a little while. 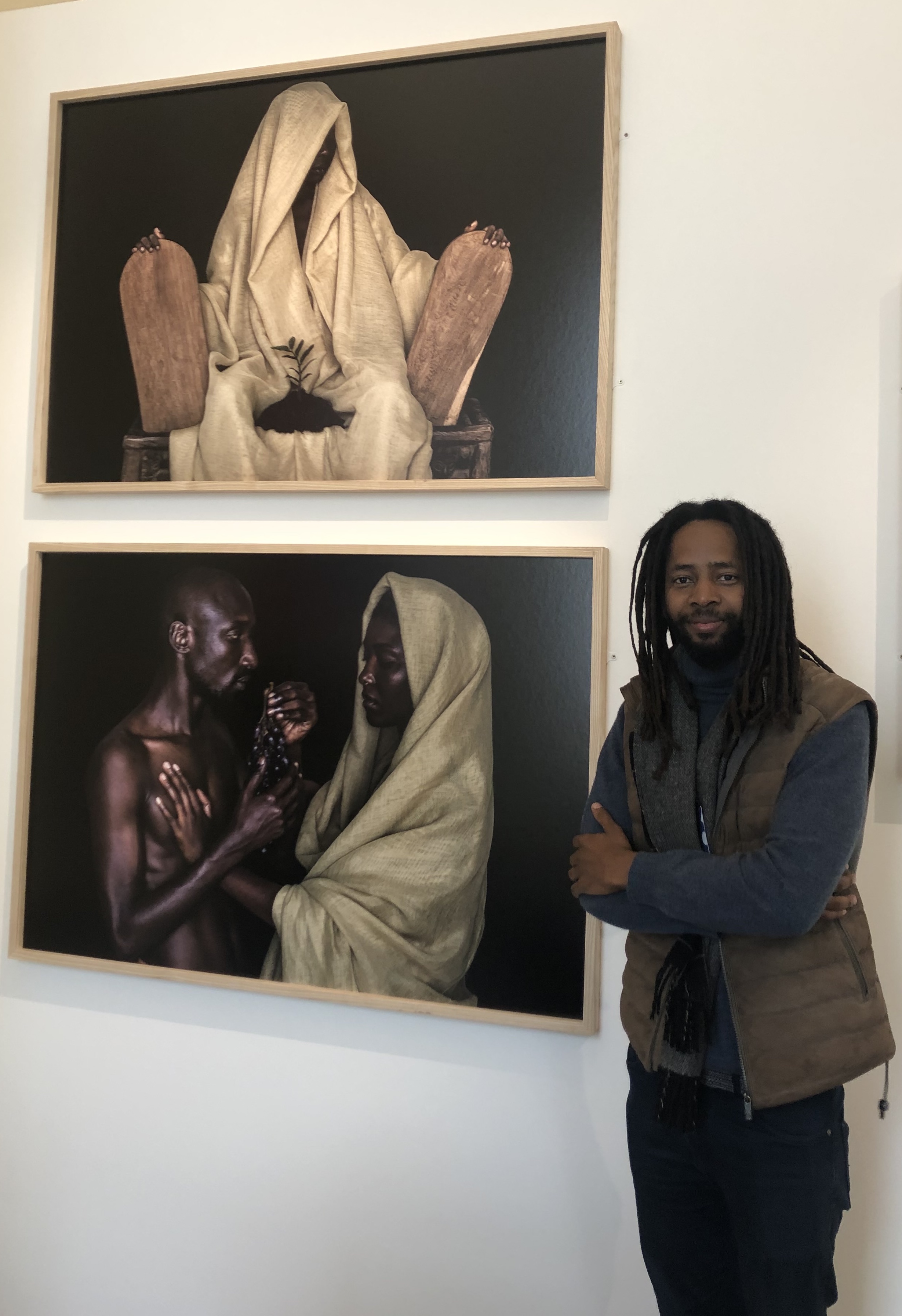 Born Alioune Ba in 1981 in Dakar, Senegal, Alun Be credits the development of his oeuvre largely to his French, American, and West African upbringing. He pursued an M.A. in Architecture at the San Francisco Academy of Arts. After two years as an architect in Senegal, a move to Denmark sparked his love for photography. Since then, Be has exhibited at the Milan Universal Exposition(2015), the Dakar Biennale (2018), the Museum of Contemporary Photography of Chicaco (2018), among other places, spoken at TEDxNapoli and TEDxWanChai Salon. His photography series largely deal with intergenerationality, female empowerment, and technology. 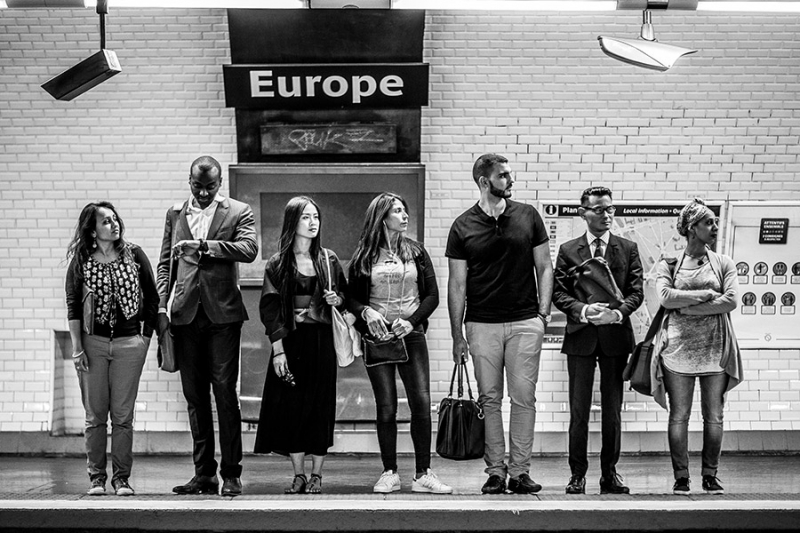 All images copyright and courtesy of Alun Be