Capturing Shadow and Light, and The Lebanon 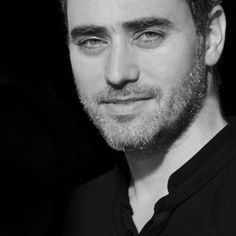 Serge Najjar’s photography transcends time and space, capturing images that transform architectural design and buildings into patterns and shapes, basking in both light and shadow.

The alluring images transport the viewer from an urban setting to a world of perspectives. Visually impactful, ordered lines and a variety of angles travel across Najjar's photographs.

Najjar’s artistic eye unveils through his work a dance with light and pattern and a landscape of thoughts to engage with. The photographer’s lens on the Lebanon reveals itself through symmetry, reflection, illusion and reality. The country's past and present, the visible and invisible dilute into the photographs, defined instead in geometric shapes, concrete, structures, buildings, radiance, angles, and in hope. A set of photographs which are both compelling and engaging.

This May in Paris Serge Najjar’s work will be exhibited at MENART Fair with La Galerie Bessières Art Contemporain. As we await to discover at the fair his works on the theme of “Chasing Realms”, we spoke to Najjar about photography and what this art evokes for him...

What first brought about your interest in photography?

It started randomly a few years ago, when I was registered on a photography class as a gift. This triggered my creativity and I seized photography like someone seizes a safety buoy.

It has been a discovery trip ever since.

Do you recall the first image you captured that prompted you to think of photography as an art which you would like to further work in?

I have a few key images that helped me define the way I wanted my photography to evolve.
My first one, called Road to Power, was a picture I had taken at La Défense in Paris: a working man climbing the stairs. It is a square image and the man is situated on the upper right side of the picture instead of being the main subject. This choice raised my interest to focus on lines whilst using a man to add scale to a picture. It became a challenge where geometry and figures interact in interesting ways. You trained as a lawyer, do you see elements within the discipline of law that connect to your art or art in general, and vice-versa?

Perhaps patience and discipline. Today my job and my passion are both part of my personality and my evolving consciousness.

Photography is a much needed escape from my job as a lawyer in a very challenged Lebanon.

What do you wish to convey or communicate through your photographs?

The work I have done for more than ten years in Lebanon, focusing on the unseen order in the apparent chaos, has suddenly at present taken on another meaning to me. My pictures almost feel like extracted scenes from a country that is no longer what it used to be a few months ago.

It reminds me of what Richard Serra said: “Everything we choose in life for its lightness soon reveals its unbearable weight”.

All this archive of photographs I took in Lebanon currently belongs to a past era; not that I have given up hope on my country. I just perceive it differently. People’s worries have changed, their facial expressions have become darker. It is far more difficult in this moment to pursue lightness, and the unbearable weight of living is today everybody’s daily reality. 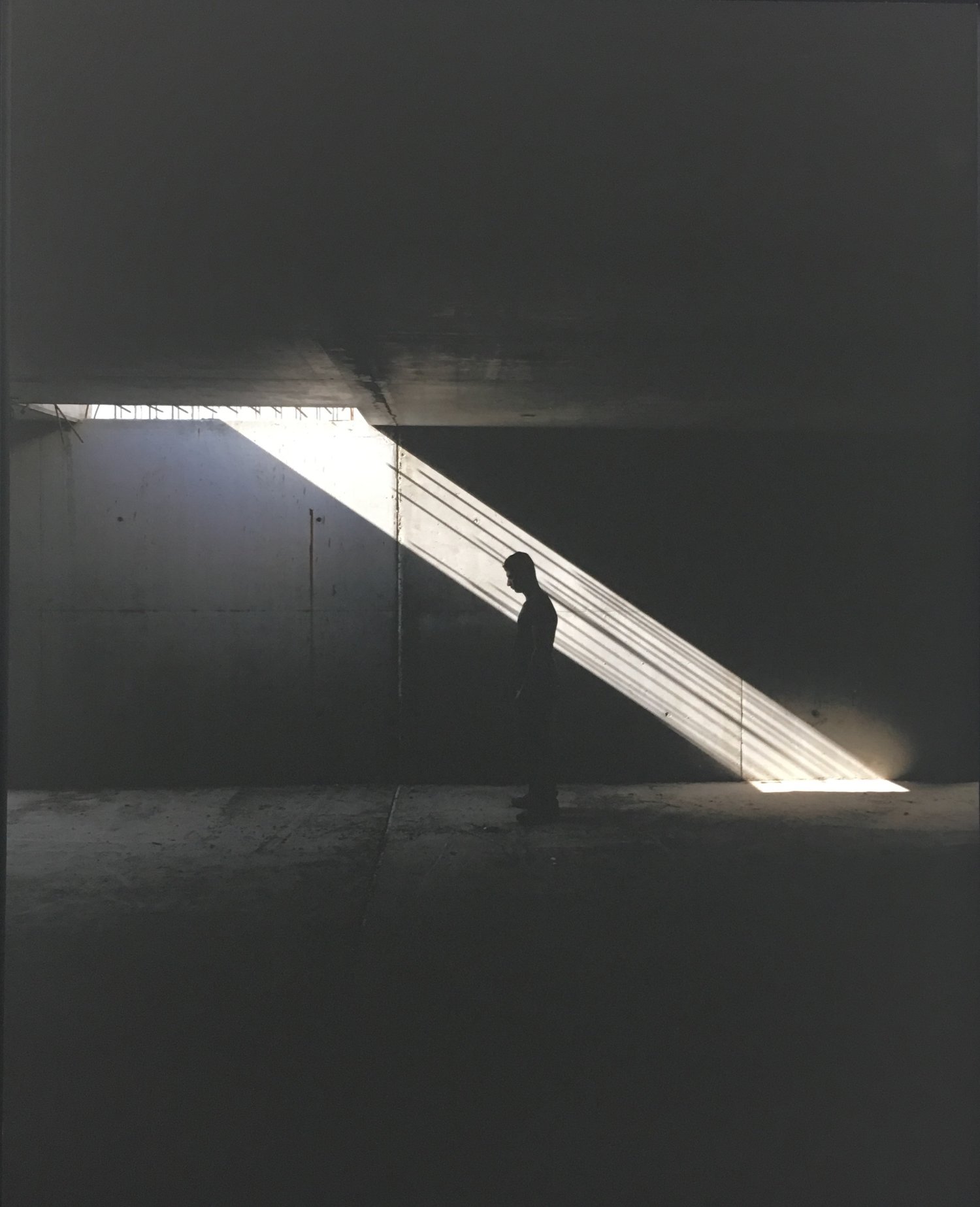 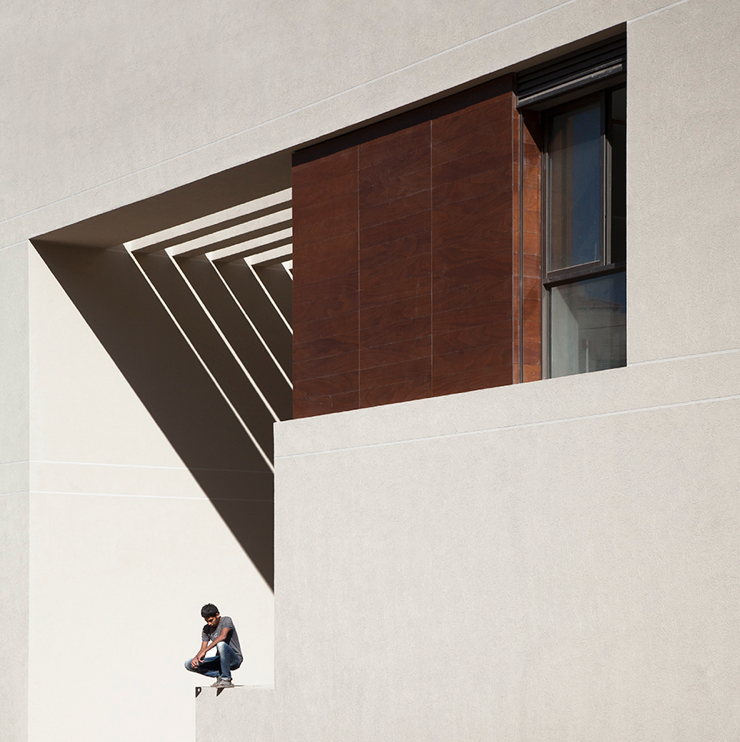 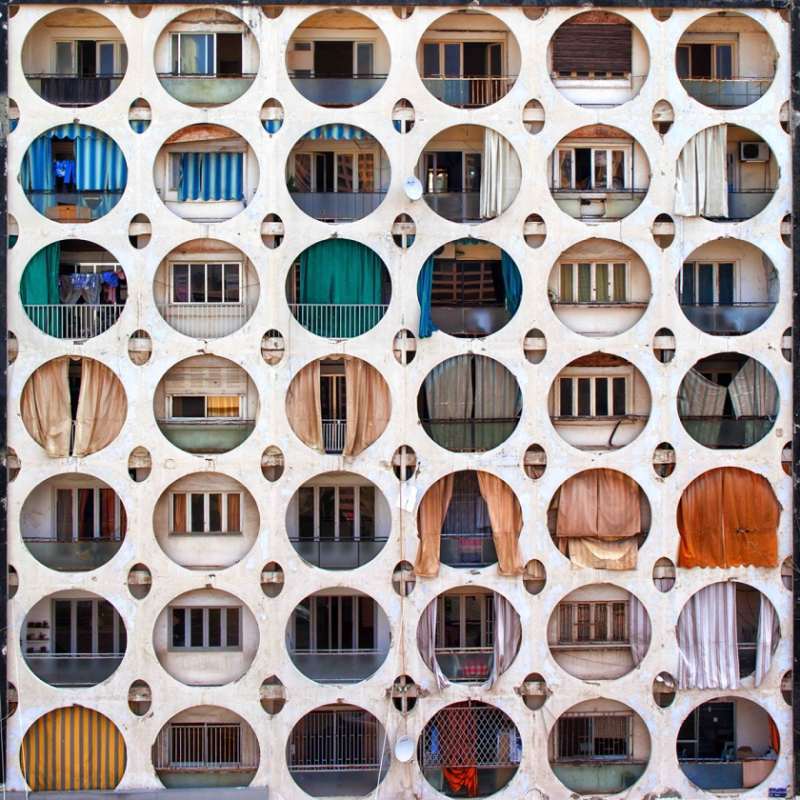 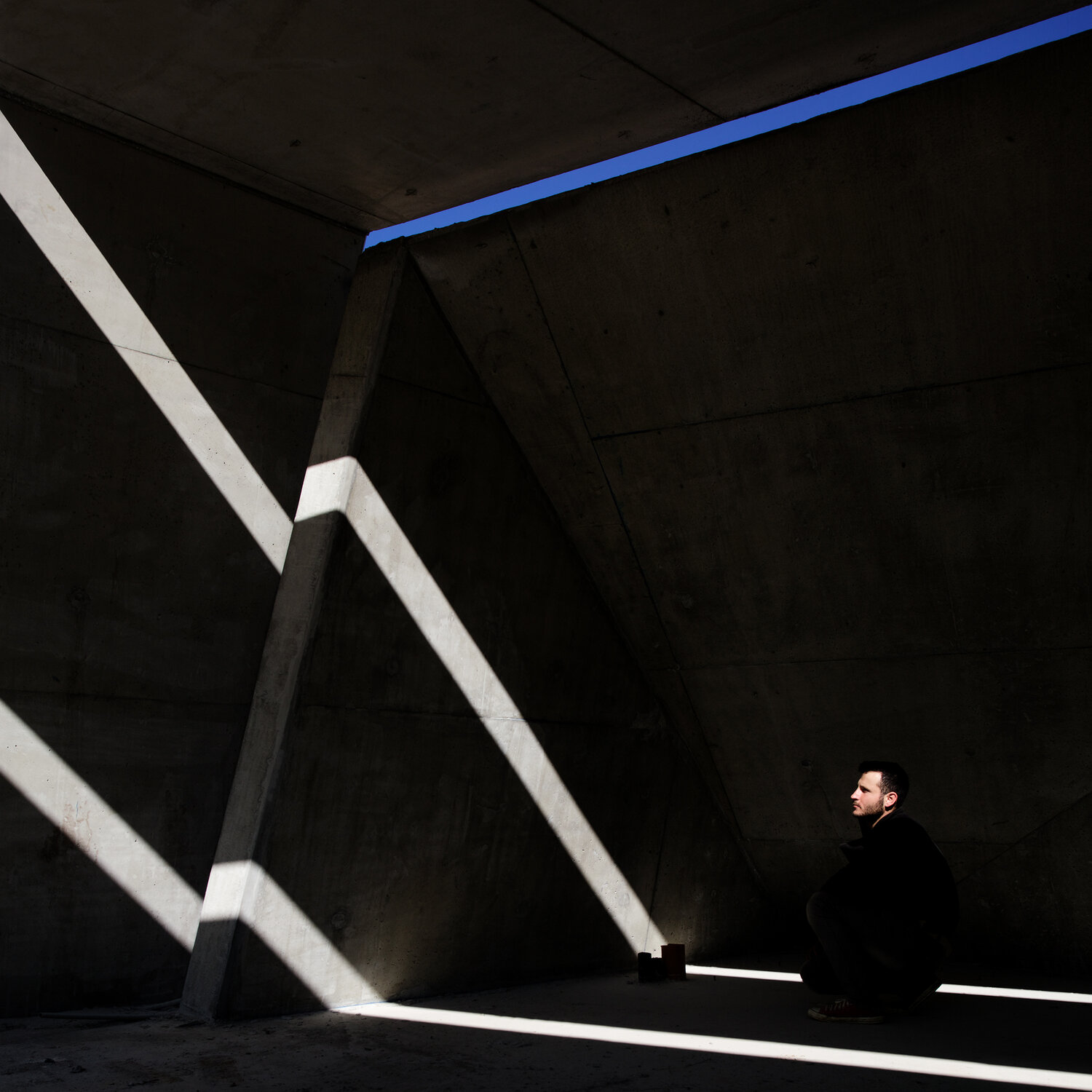 Geometric shapes, light and shadow fuel your images, often transforming urban landscapes into pattern like visuals, could you tell us about your creative process and how you regard your relationship with architecture?

Architecture is only a battlefield. I am interested in capturing everything that it generates. I can start with a specific image that catches my eye then evolve it into something completely different.

It is exactly as if the camera was my brush and the scenes before me were the paints I use. Although, unlike painting, I only work with real settings, I just focus on details that make it to me more interesting. 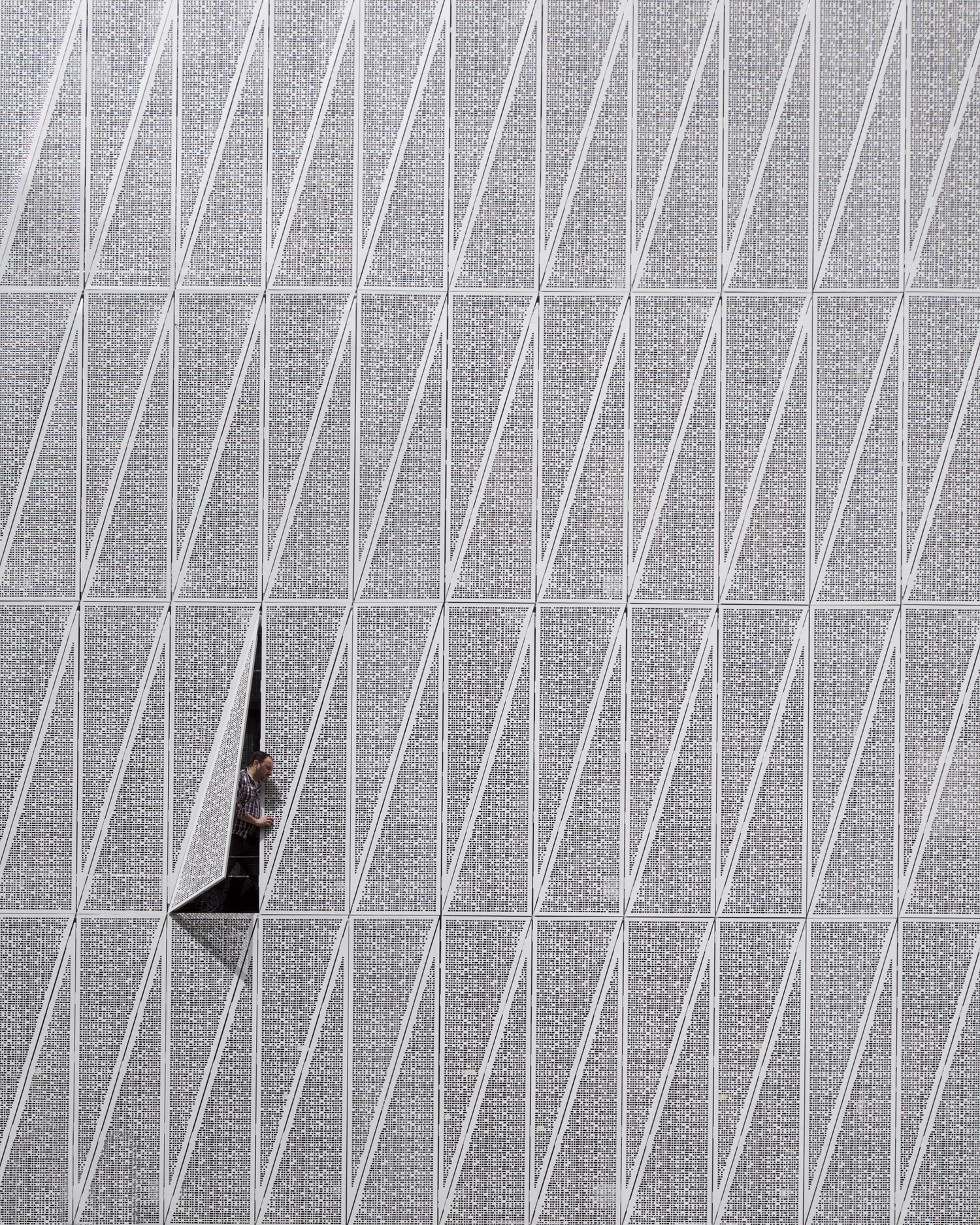 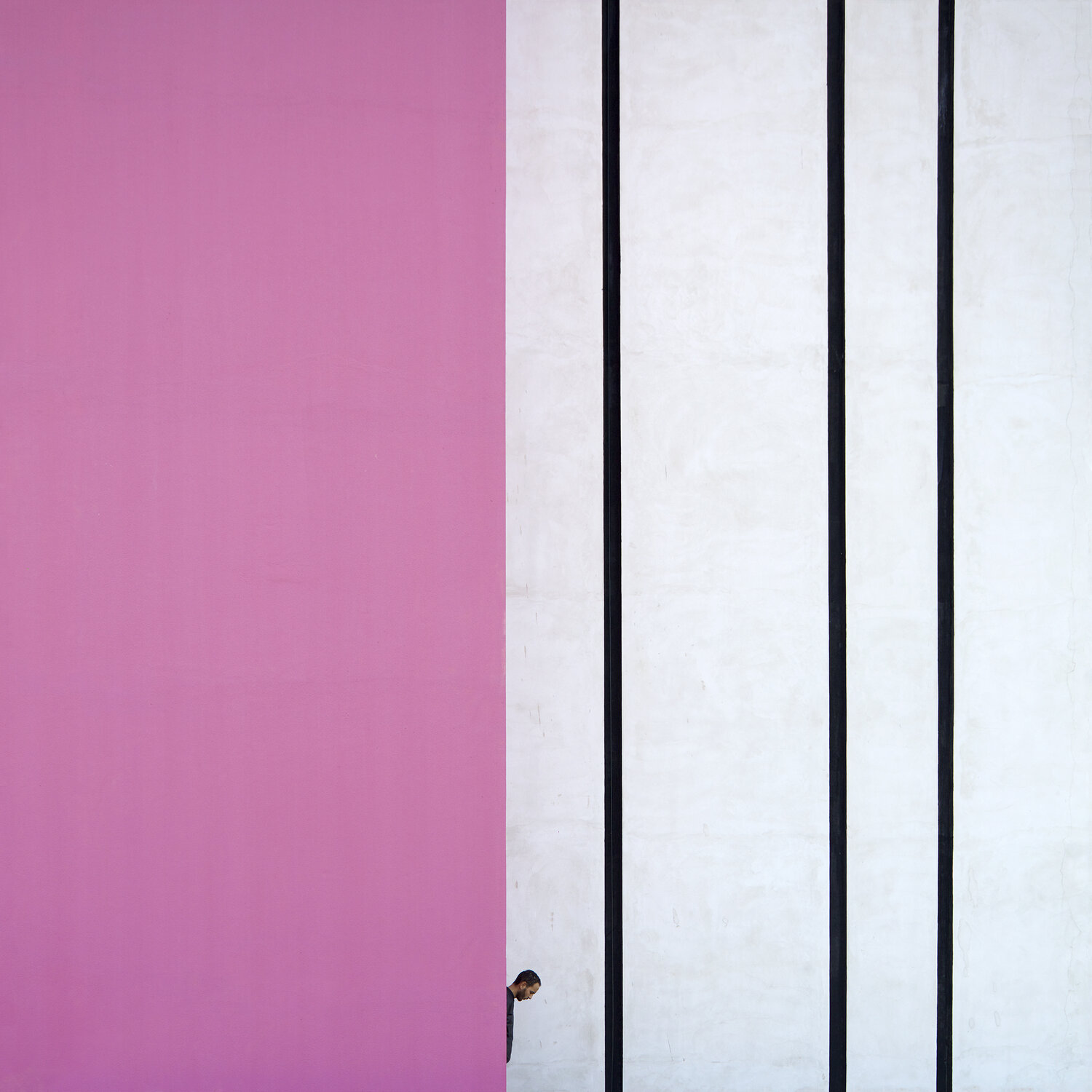 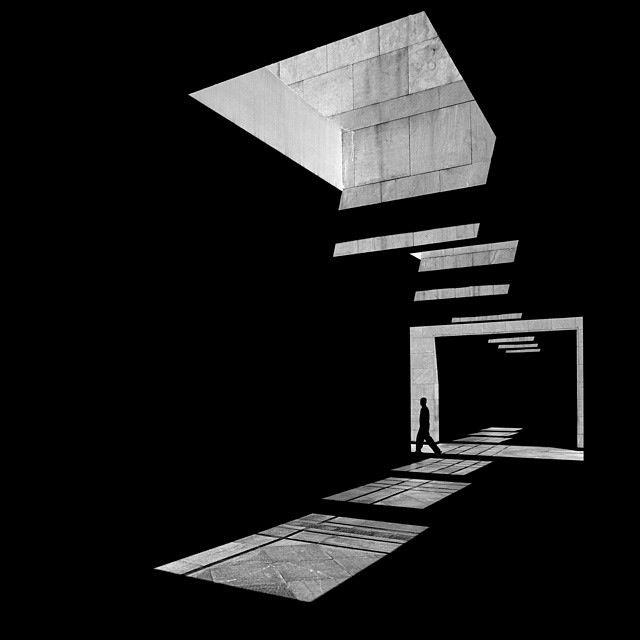 What do you wish to express by adding a figure or figures within the photographs you take?

I have always been interested in the interaction between man and geometry as if I wanted to give birth to the paintings I admired whilst growing up.

The figure in some of my pictures brings abstraction closer to reality. People realise that it is not a painting but a photograph. This is why figures tend to be important to me. 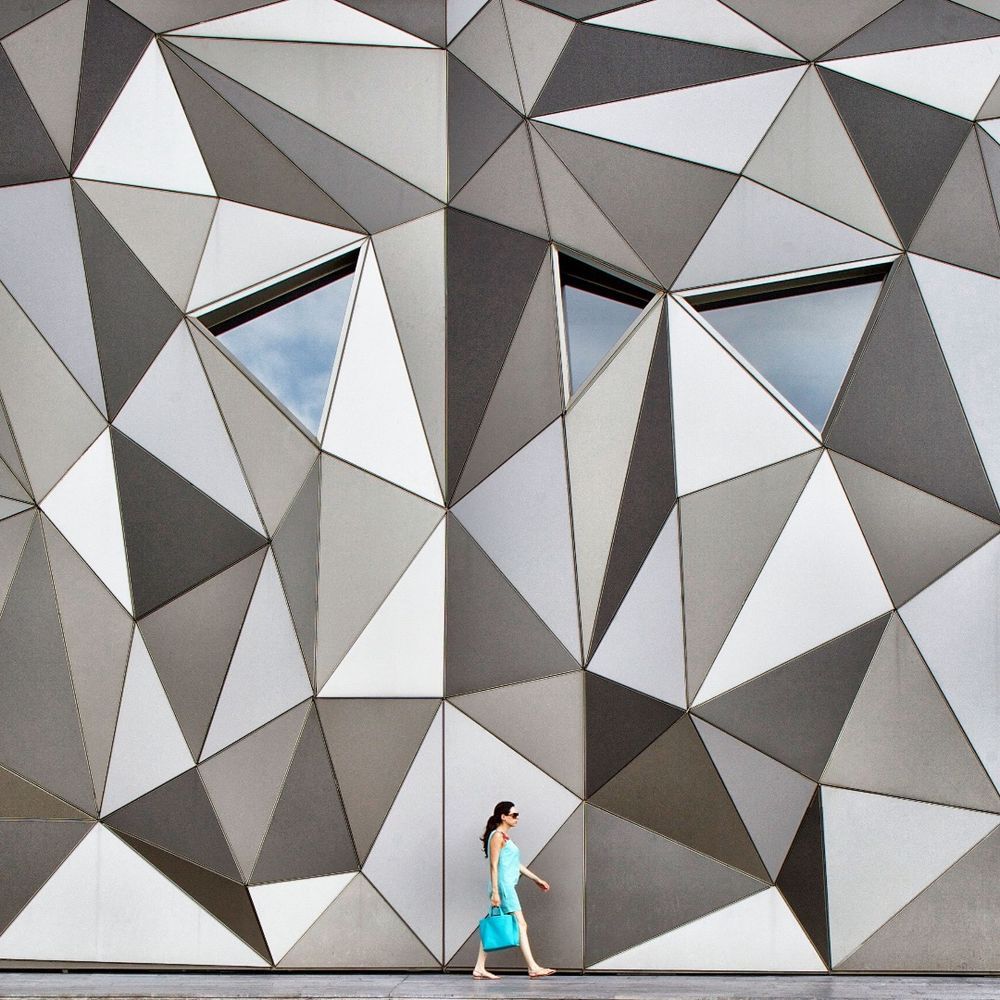 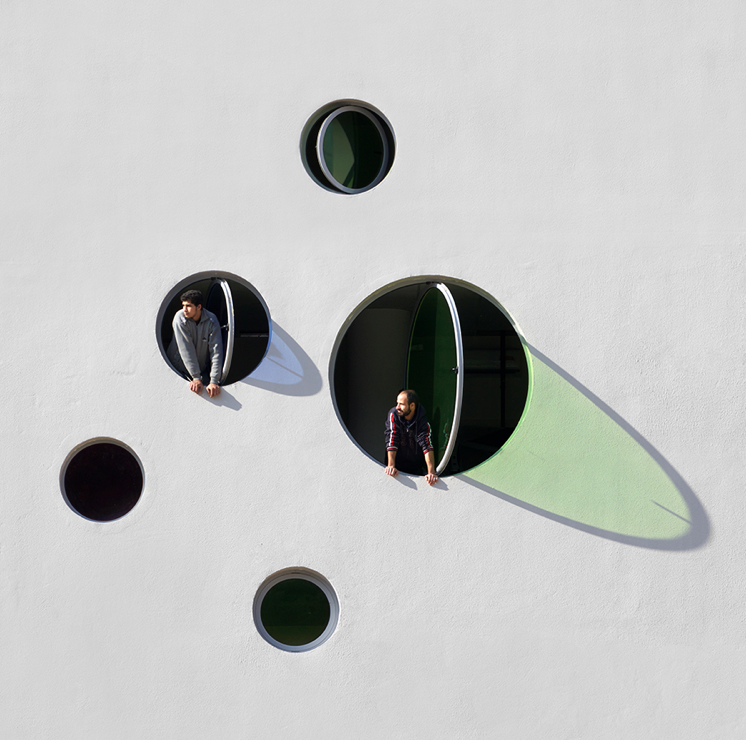 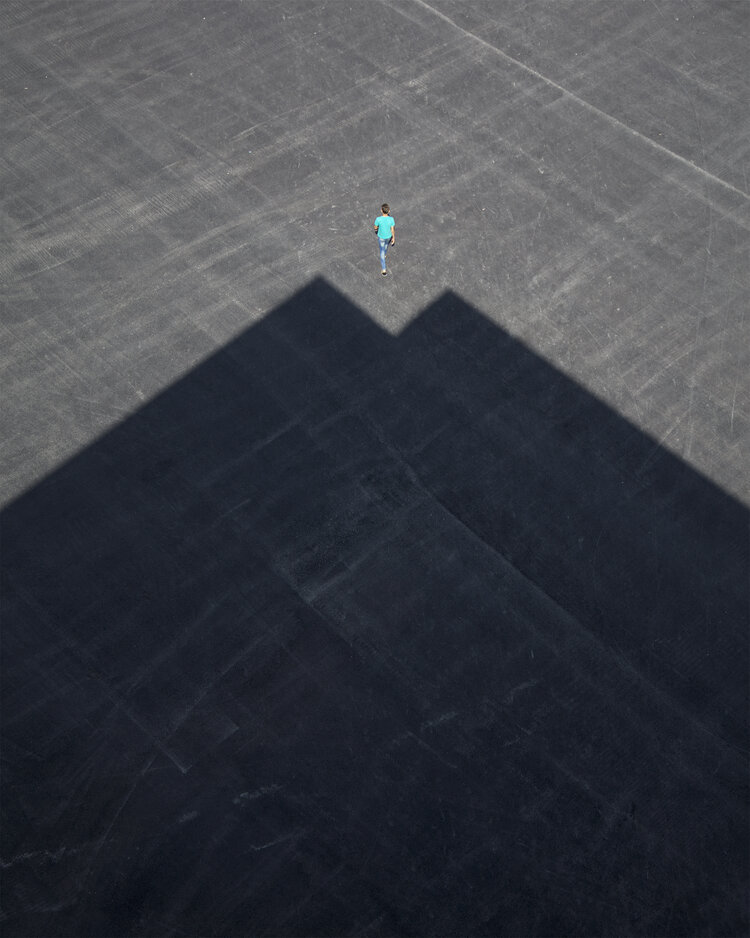 You have cited ‘it’s not about what you see, but how you see it’, what is meant by that and how much do you explore in your work the aspect of perspectives as well as the notion of what is perceived to be real?

The photographs I take are perhaps a bit striking as I tend to play with perspective, angles, shapes and light in order to create a new reality within the reality.

Pushing the viewer to question themselves is an important feature when I take photographs. I always want the images to be thought provoking, and for a doubt to be placed in the viewer’s mind on what they are seeing. This is why I try to push the boundaries of reality further away every day, albeit knowing full well, that everything in my pictures that is captured is real.

What are your thoughts on social media, and that very notion of real and unreal through photography?

Social media is disturbing but interesting and challenging. Photography has evolved so much and today everything seems possible to anyone. A parallel world has given birth to real mediums and valuable digital creations. It all is the mirror of how far humankind's imagination and creativity can go.
It is as thrilling as it is scary, but we knew it was coming so might as well enjoy the ride.

Which different art forms, books or other elements, influence your work, and can you share with us the impact Lebanon (and your time spent there) has had on your photographs?

I have always been interested in constructivism: Rodchenko and M. C. Escher’s mad world, Mayakovsky’s poems and also monumental artists like Ellsworth Kelly, Richard Serra, Sol LeWitt, Bridget Riley, Joseph Beuys, Gerhard Richter, Anselm Kiefer, Agnes Martin and Eduardo Chillida.
All these artists and more have always been strong references to me, whilst my approach to photography is based on “l’instant décisif” of Cartier Bresson.

This mix of influences in Lebanon gave birth to a very specific perspective of my country. Lebanon gave me wings as it inspired me a lot and still does, not because of its “new” architecture but thanks to modern shapes and strong unique light, which I was able to use in my photography. 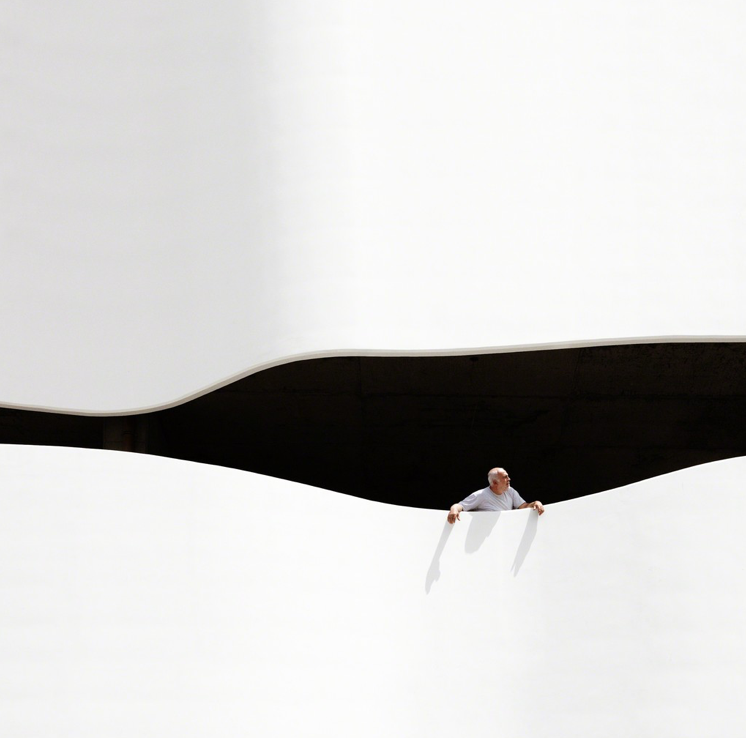 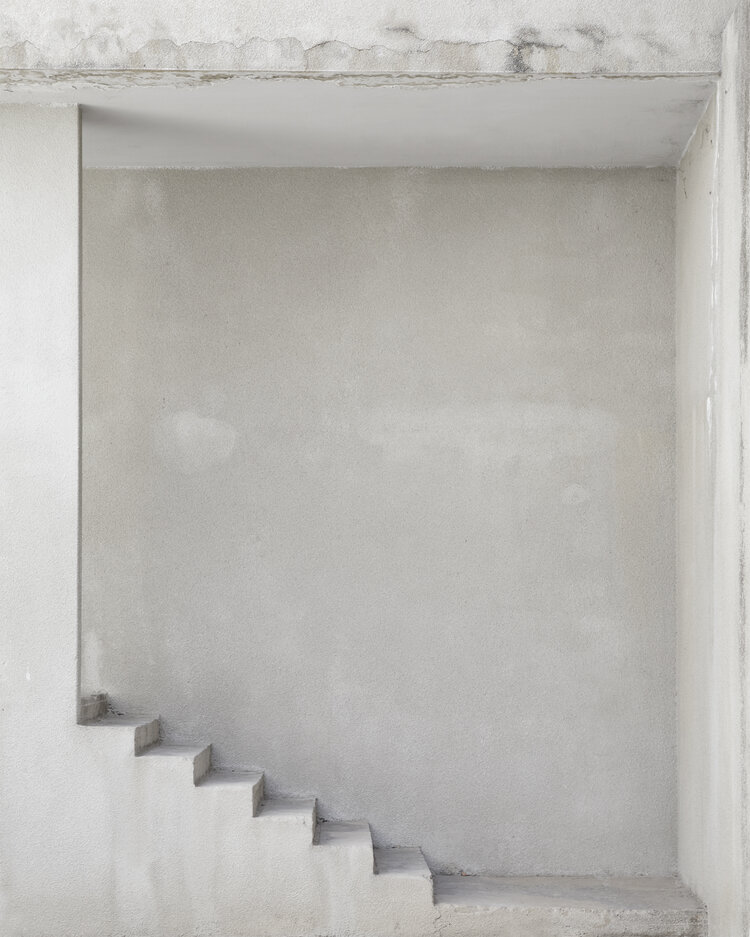 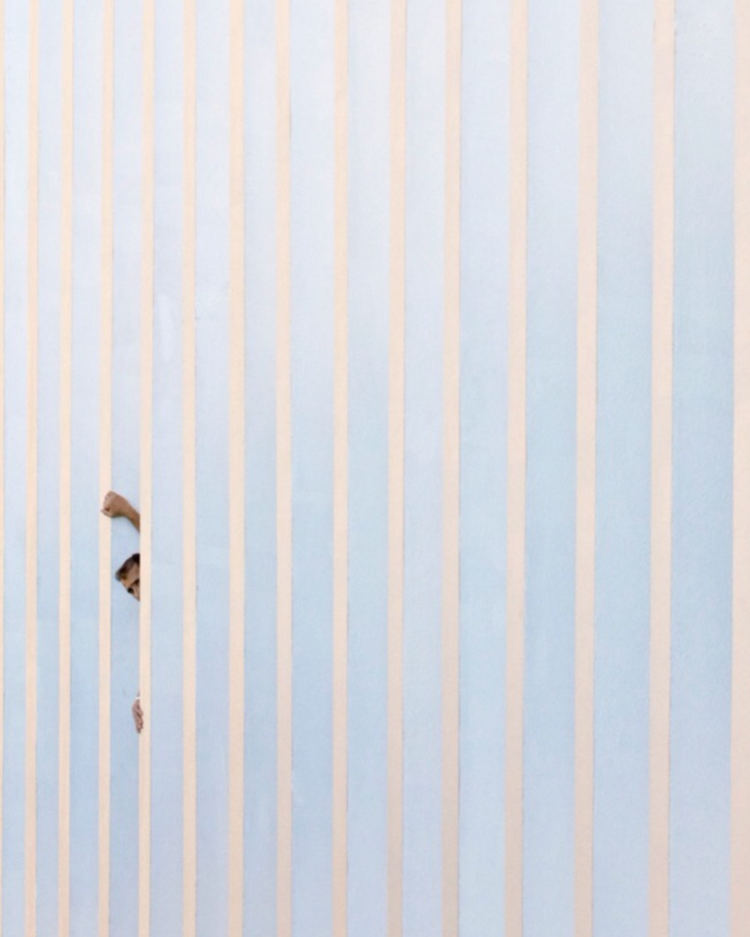 Lebanon has gone and is going through challenging times, how much power does photography, the arts have to alleviate or defy those moments?

Power lies in any freedom of expression, be it art, photography, journalism, or simply giving a speech with conviction, or even with a lack of. Those are the most precious gems we have in Lebanon. Whatever happens it is essential not to lose track of what makes Lebanon a unique country despite the crisis, despite all the problems we have, we should not forget what makes us stronger and independent as people. 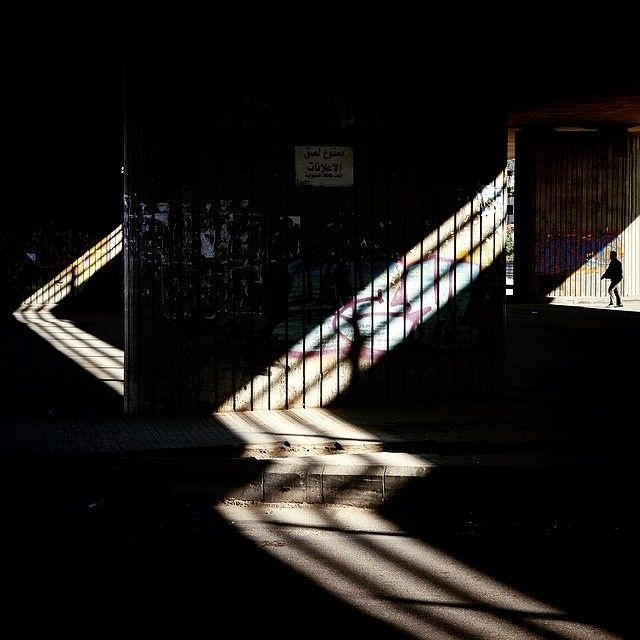 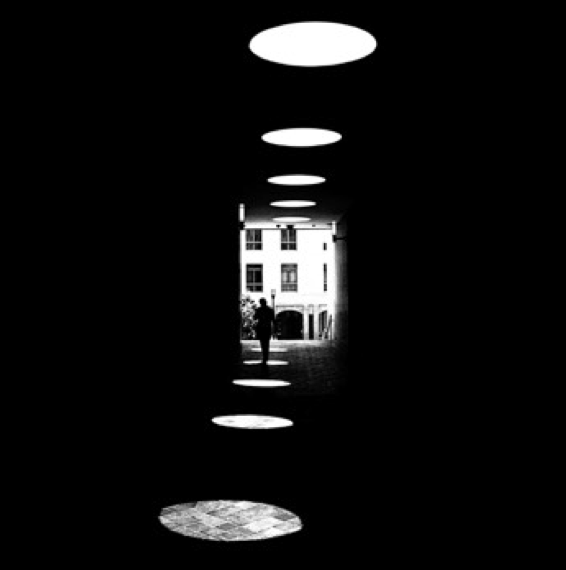 This coming May your work will be shown at MENART FAIR in Paris with Galerie Bessières, which work can we expect to see and what would you like to share about the ideas you are showcasing in your photography that will be on display at the fair?

The work that will be displayed is around the theme of “Chasing Realms”. Somehow, like I mentioned before, an illustration of a new reality within reality. 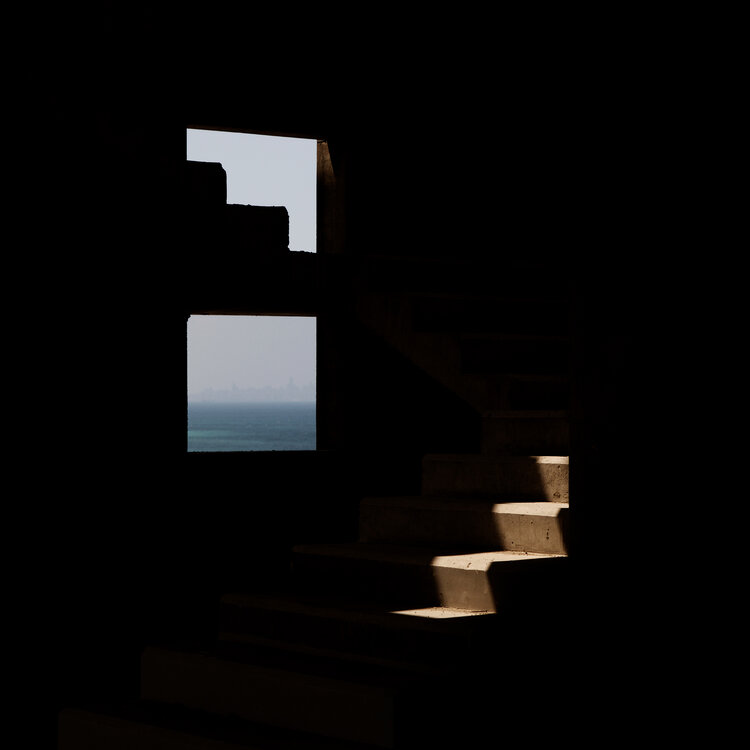 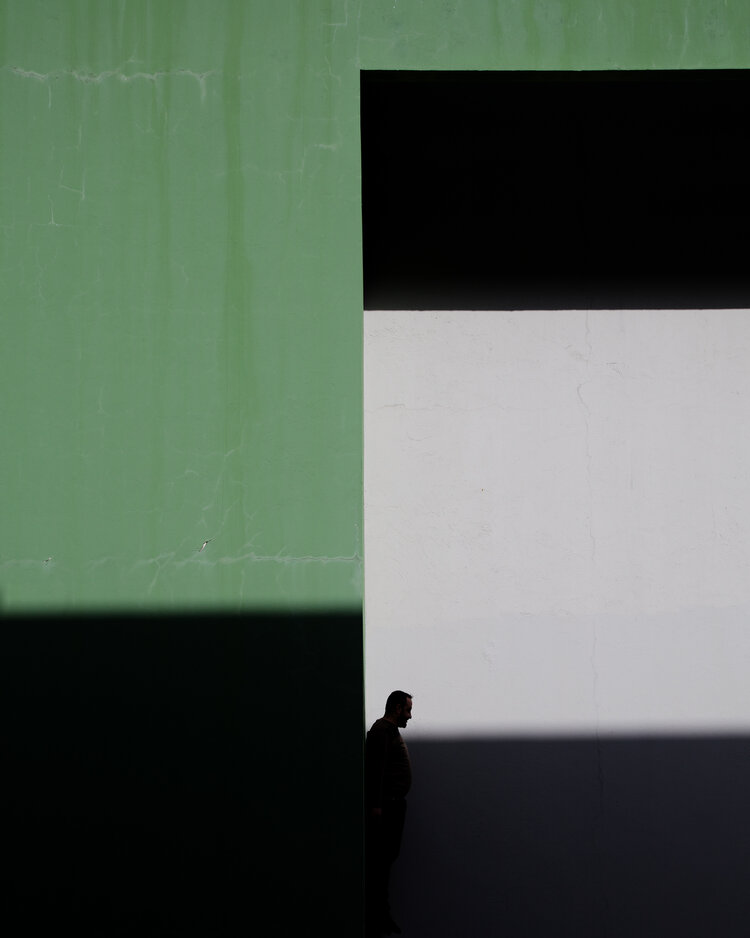