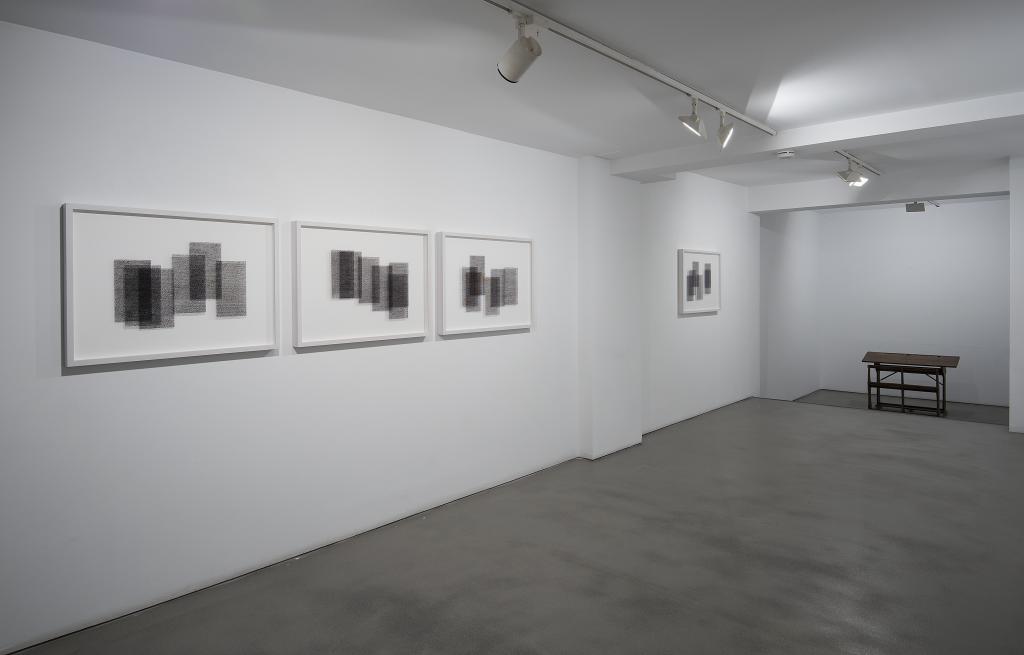 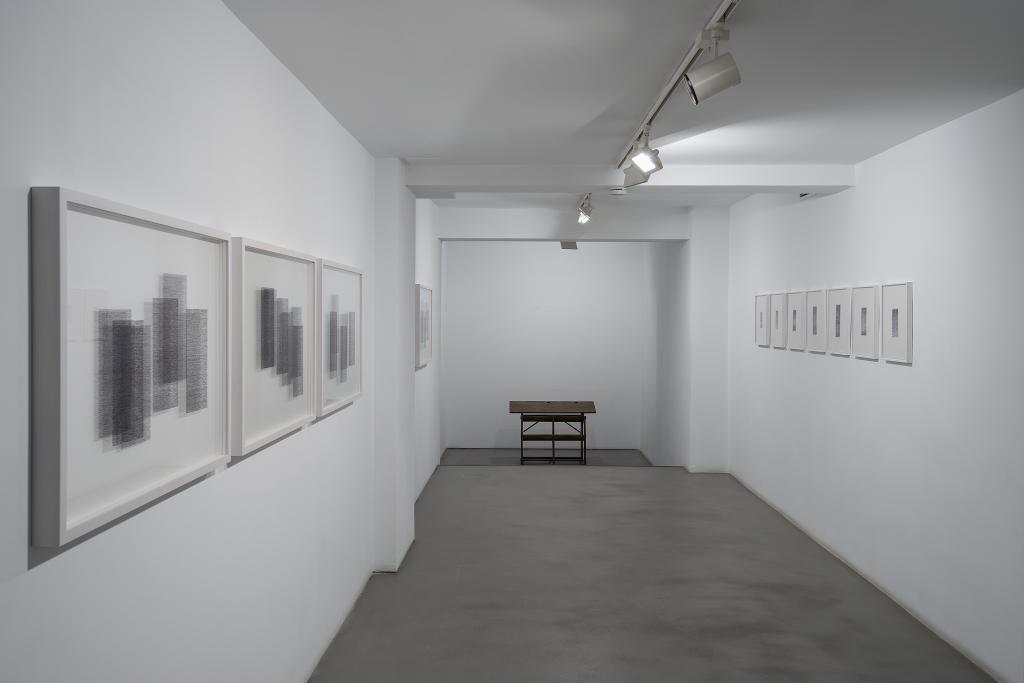 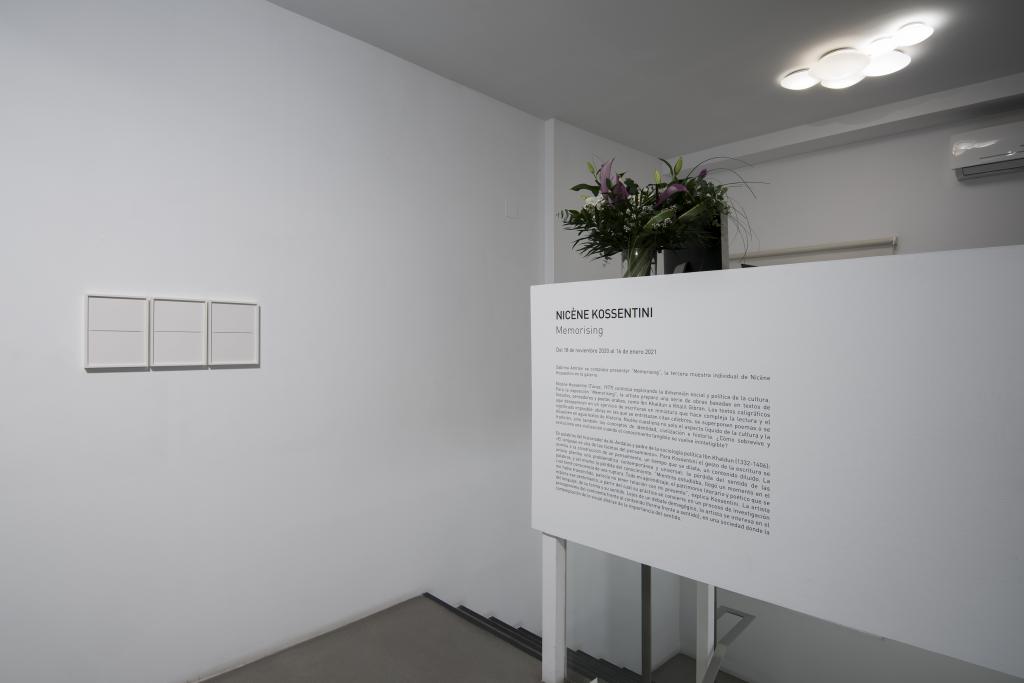 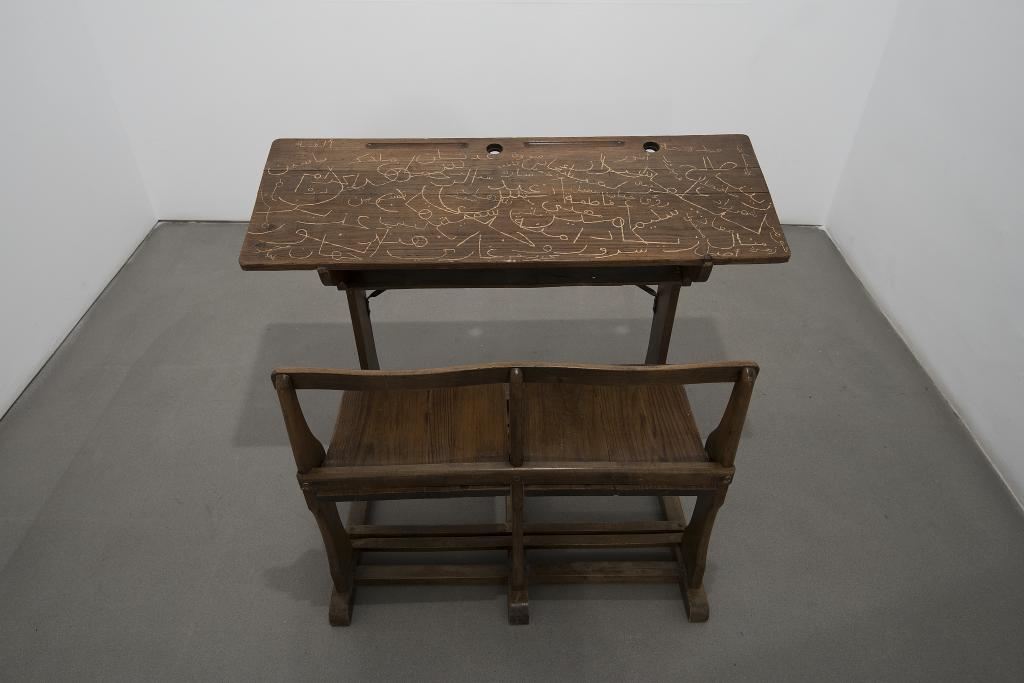 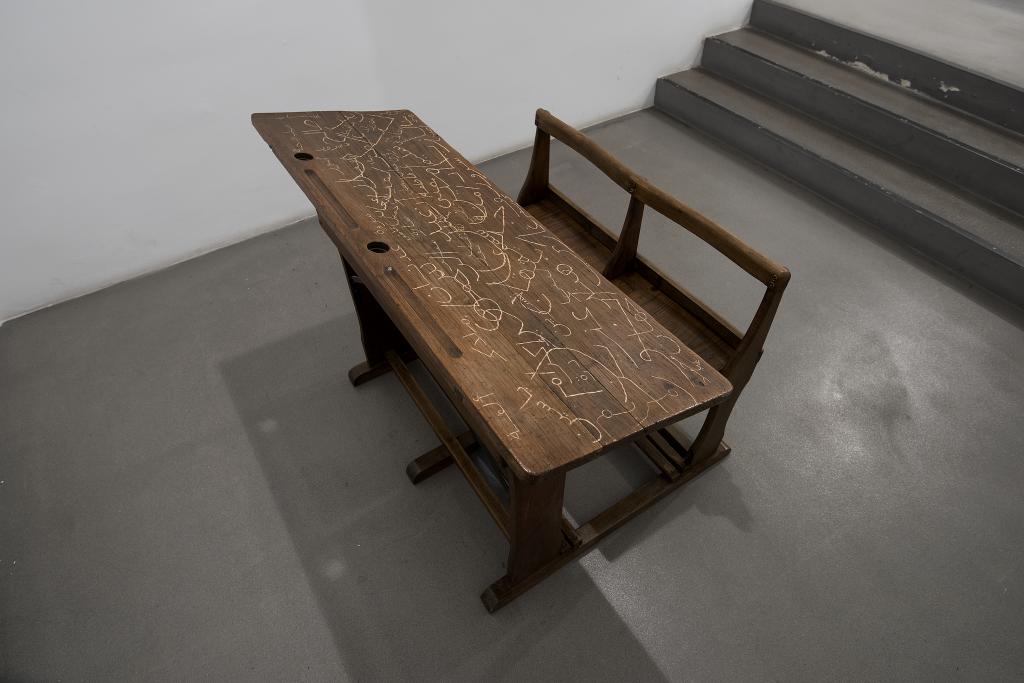 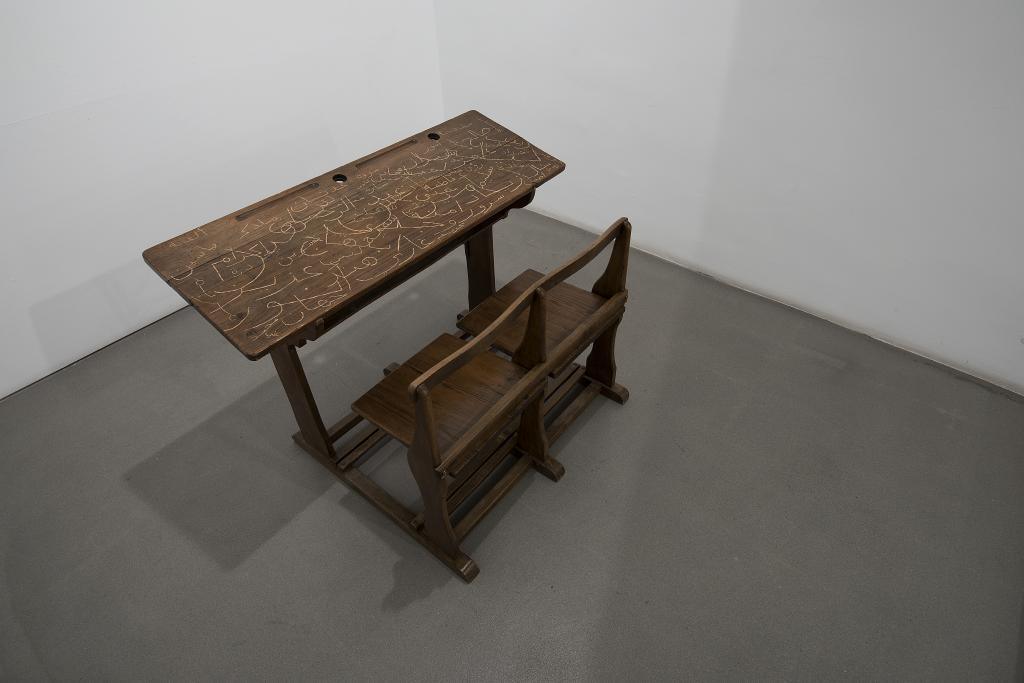 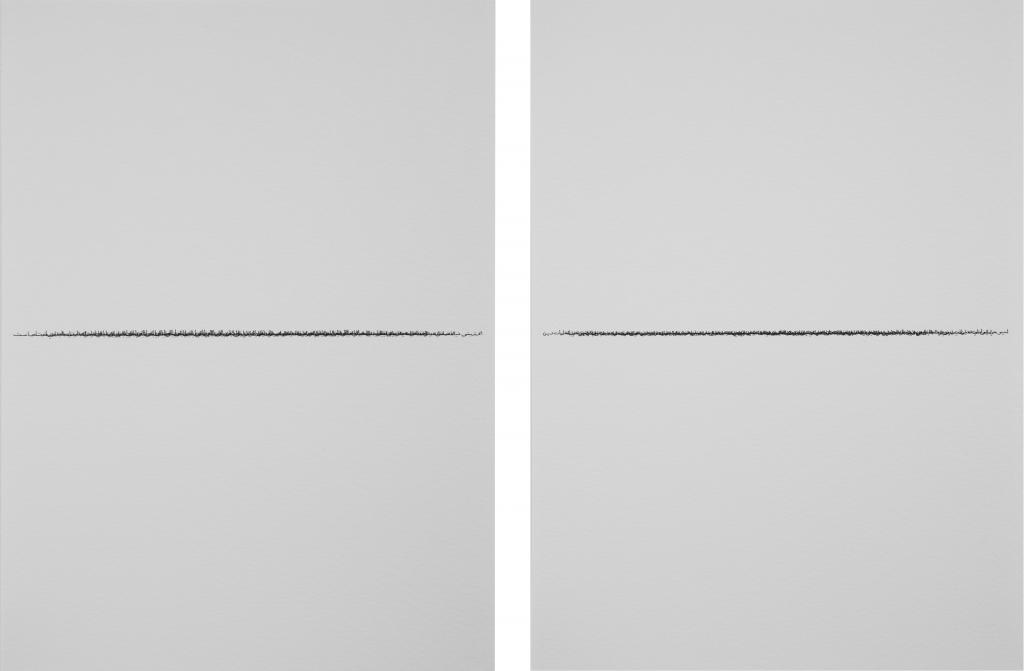 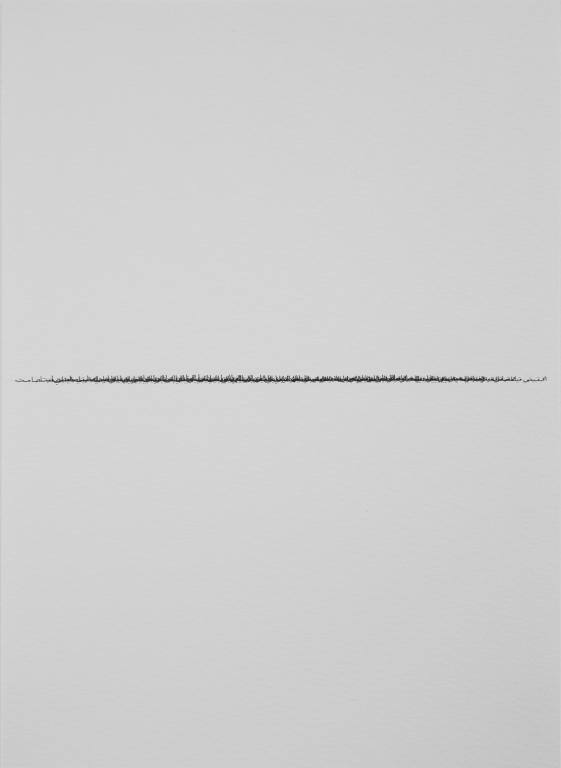 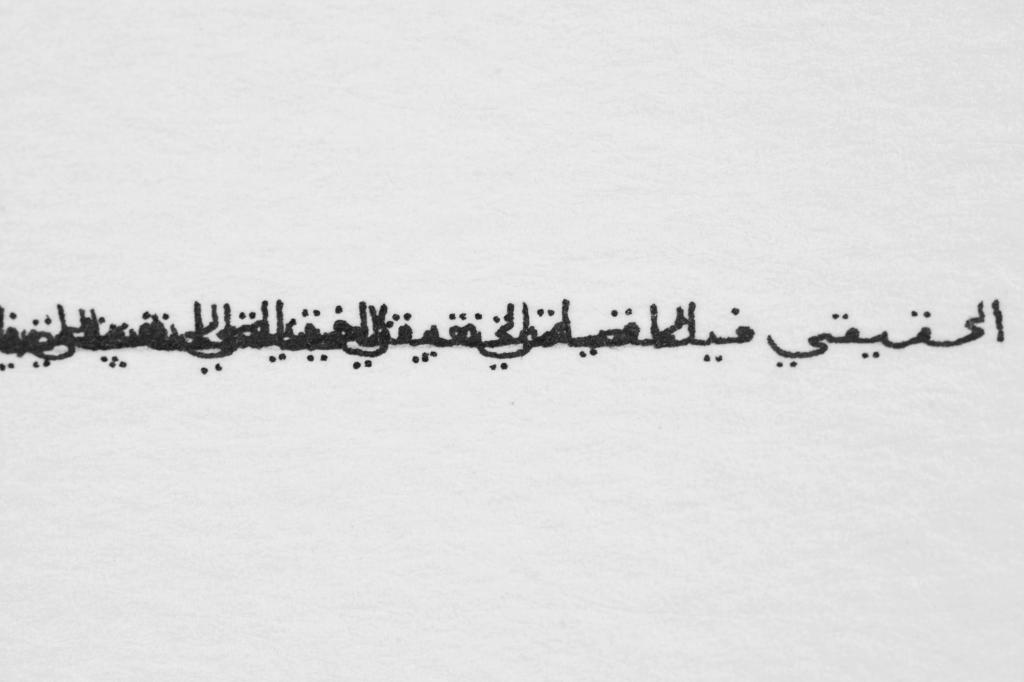 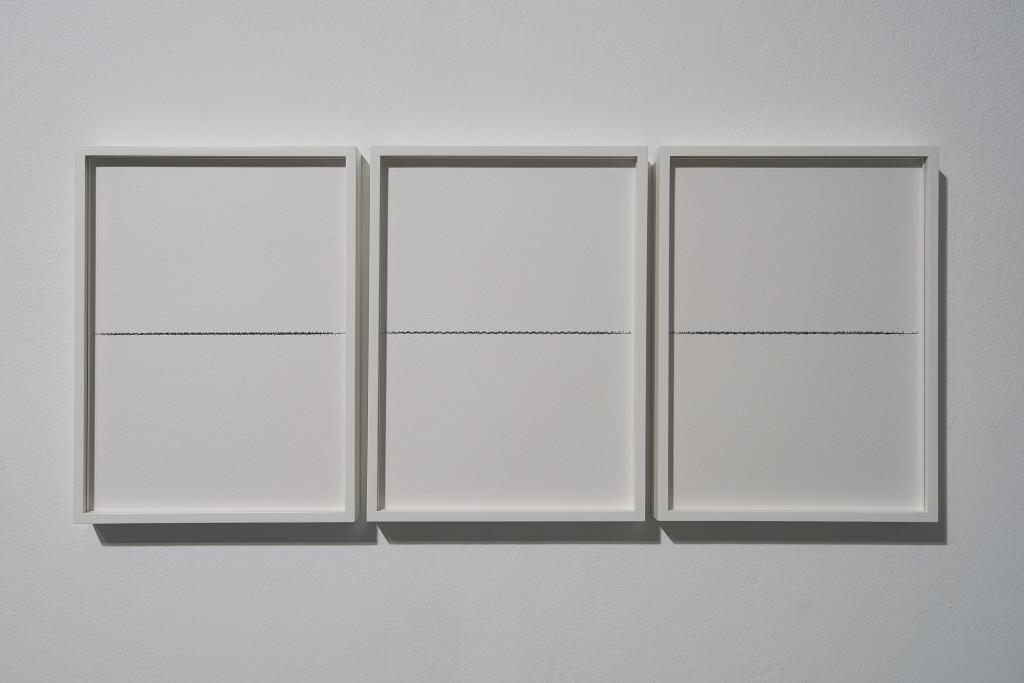 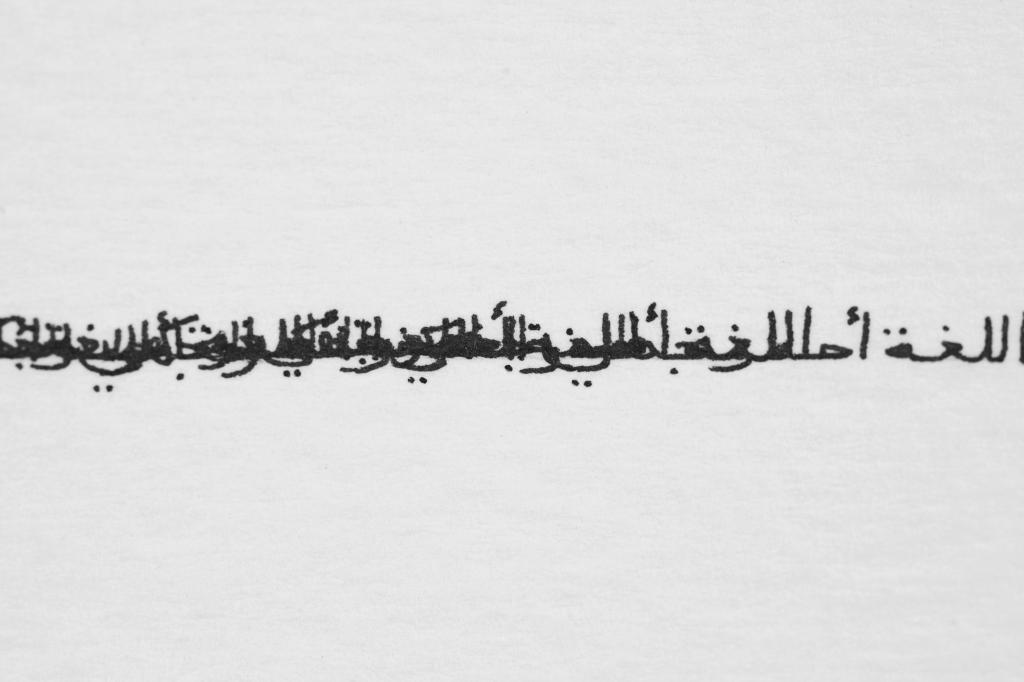 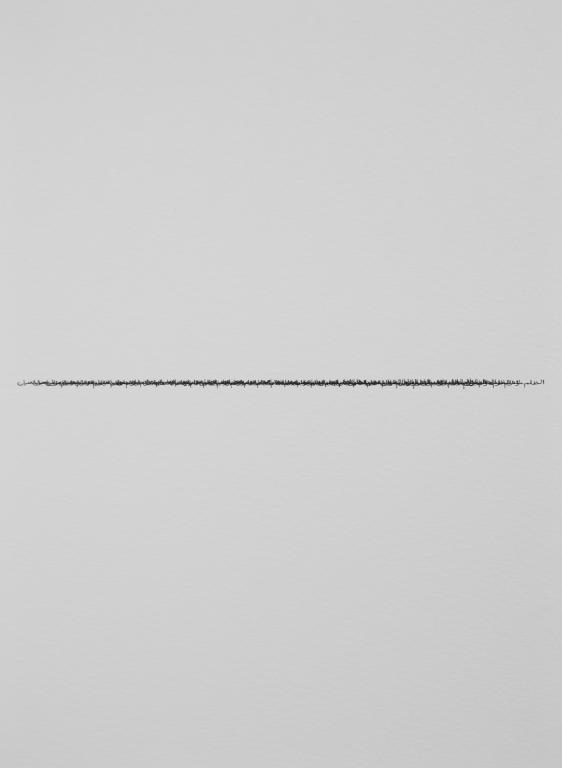 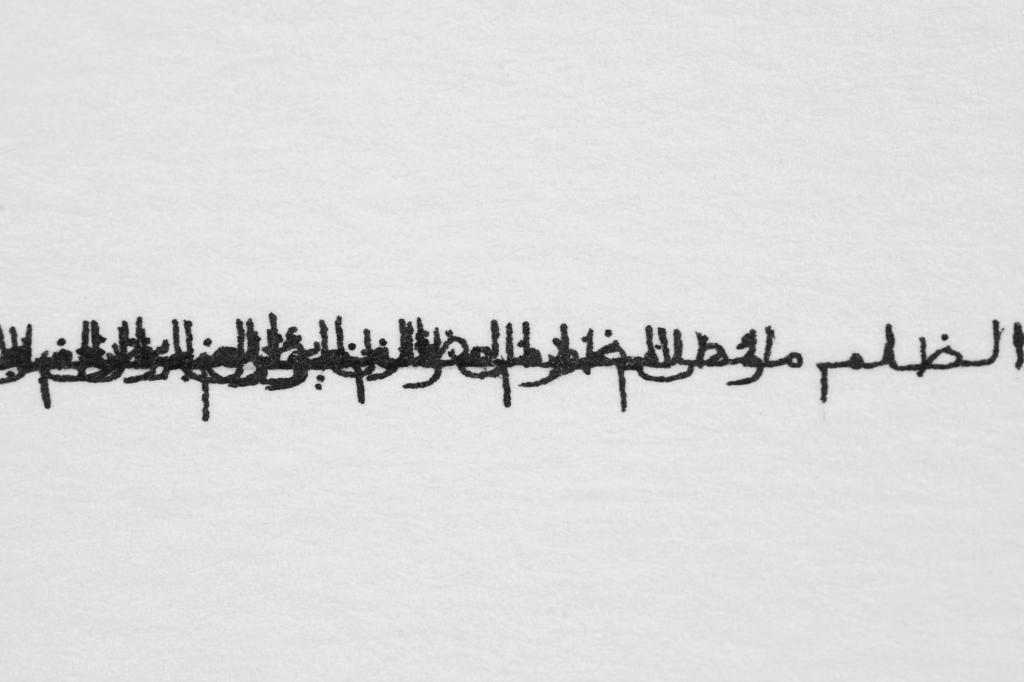 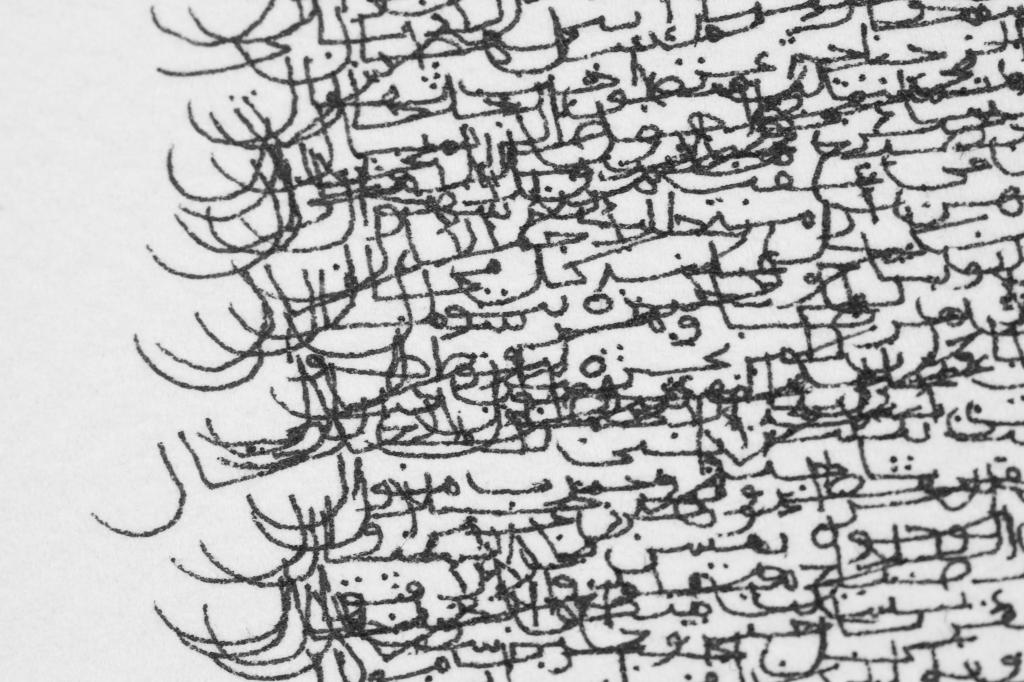 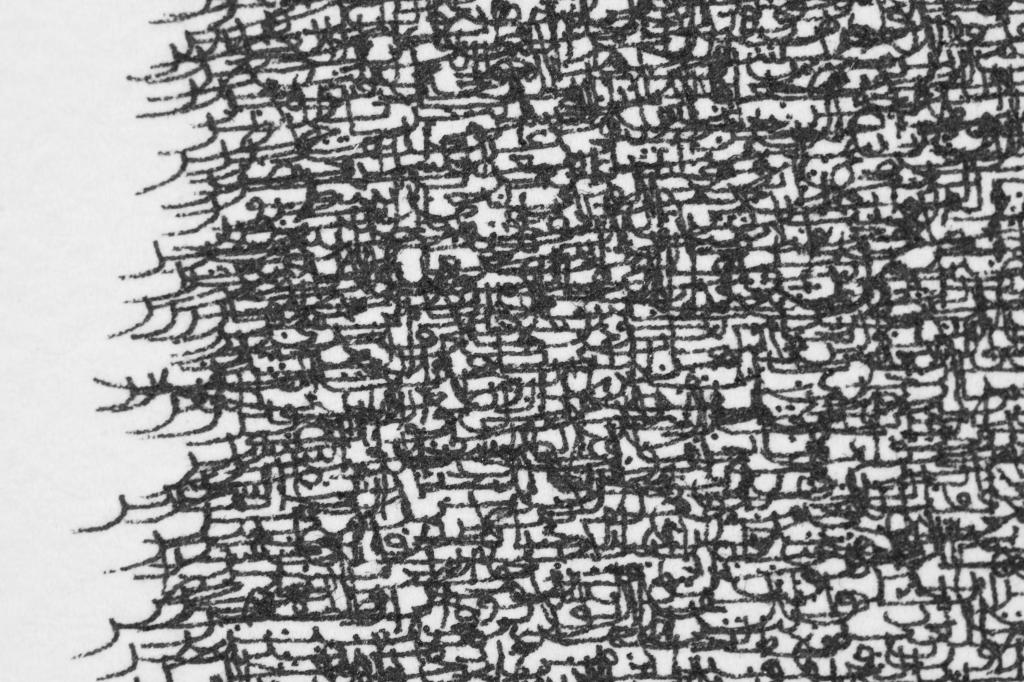 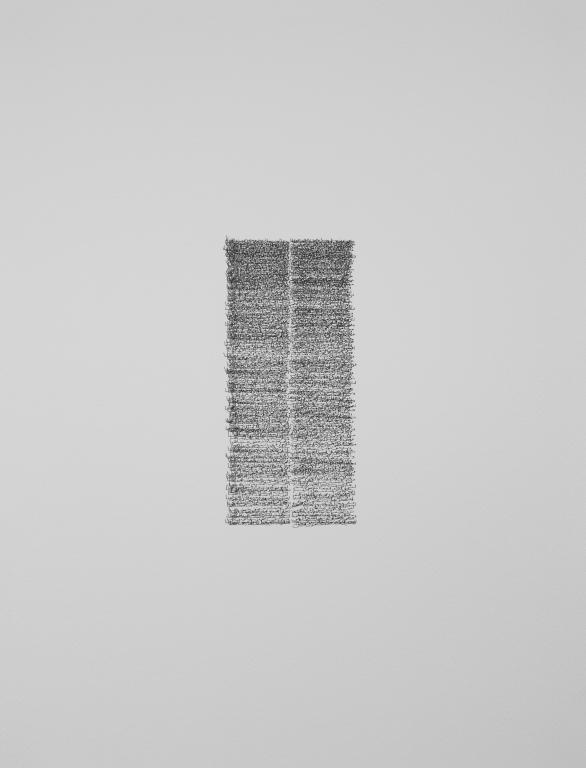 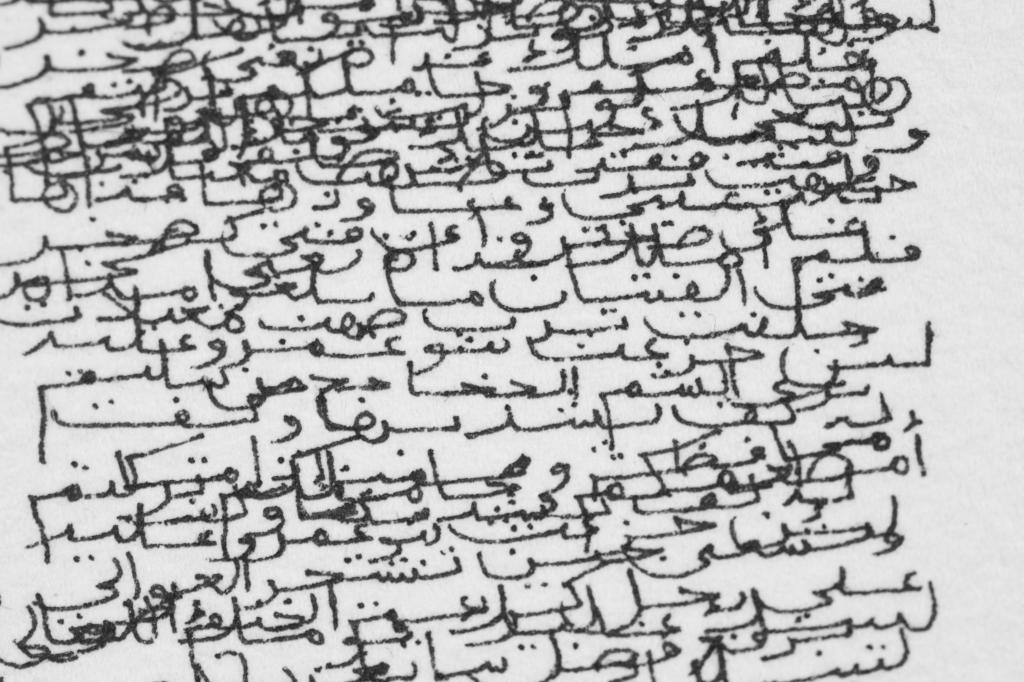 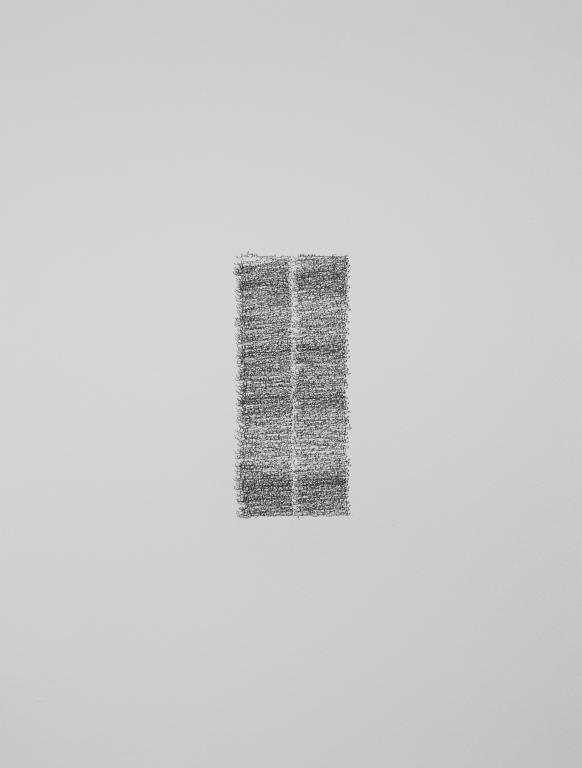 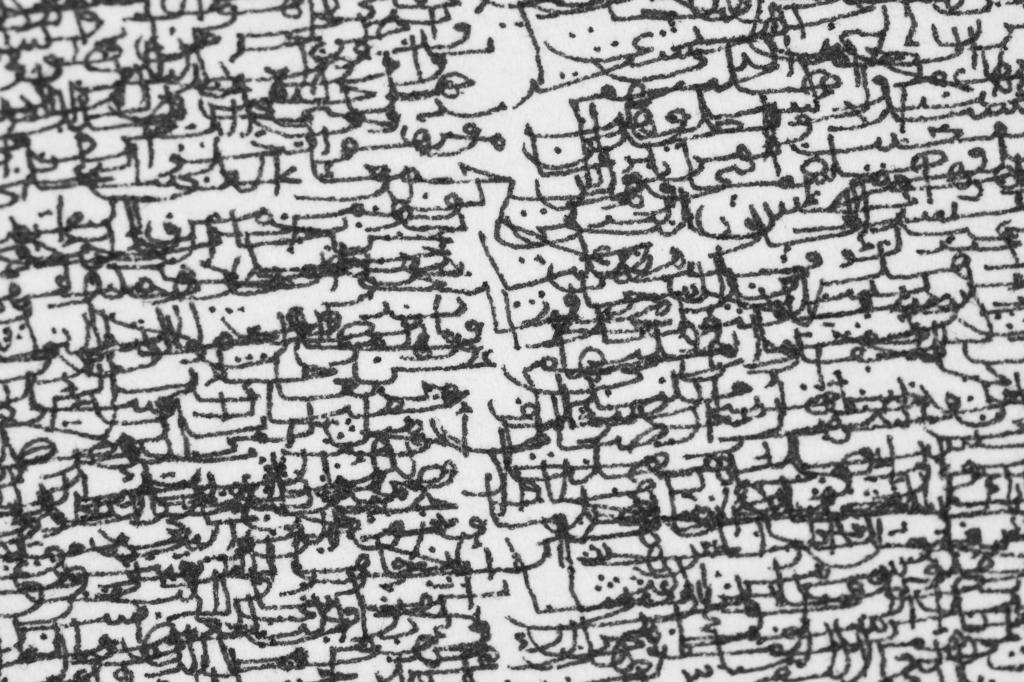 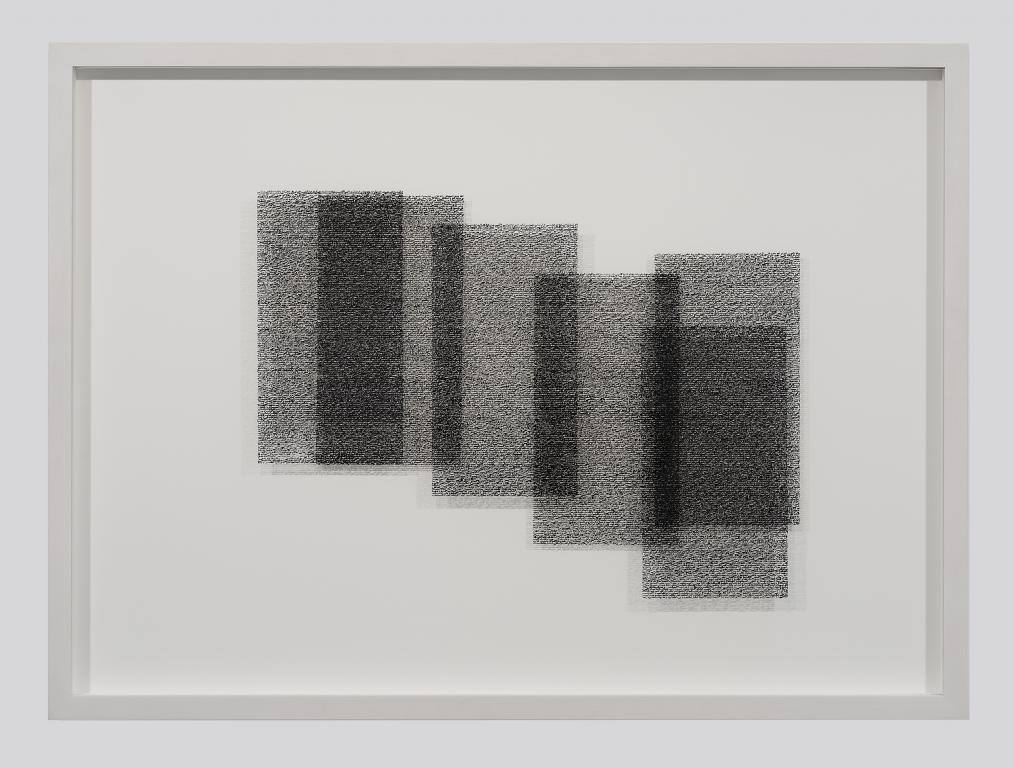 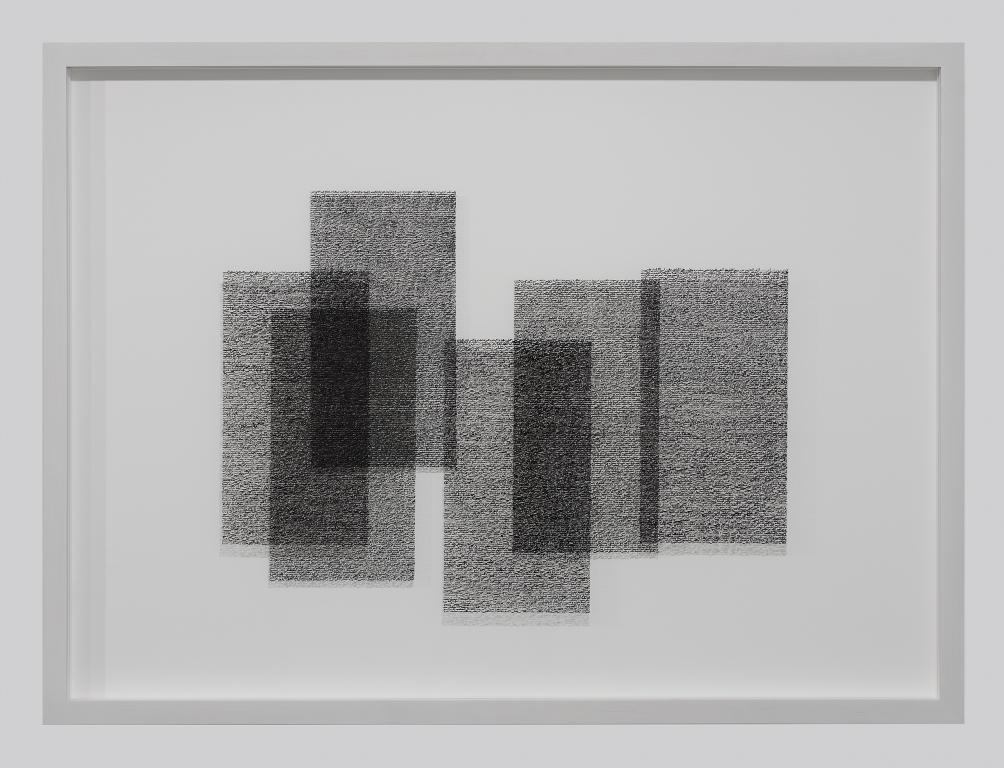 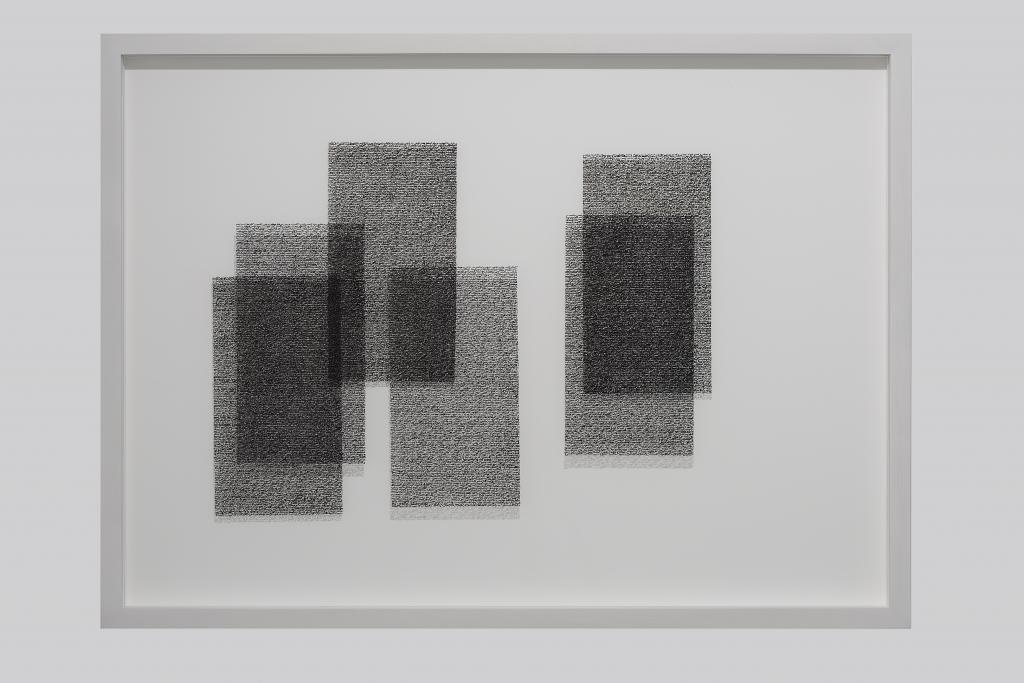 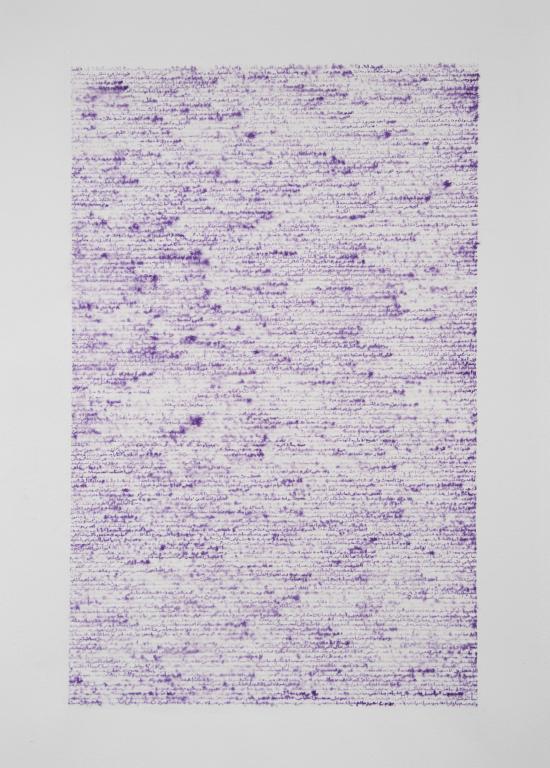 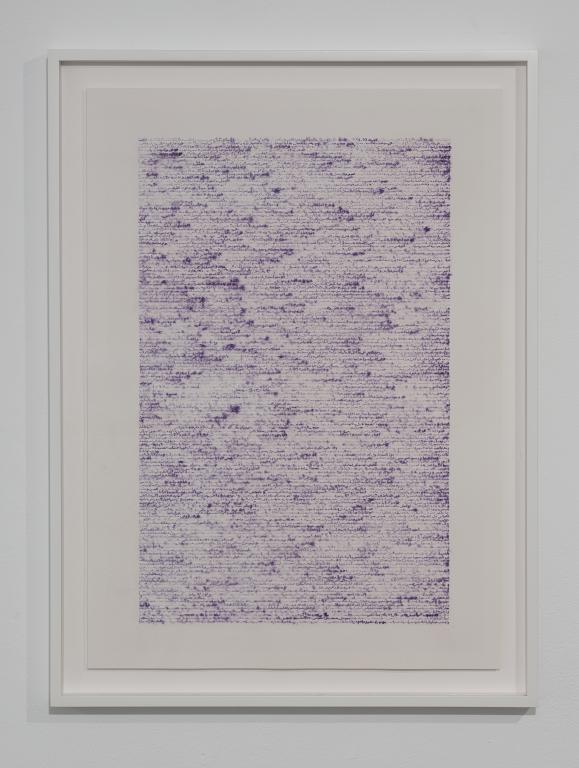 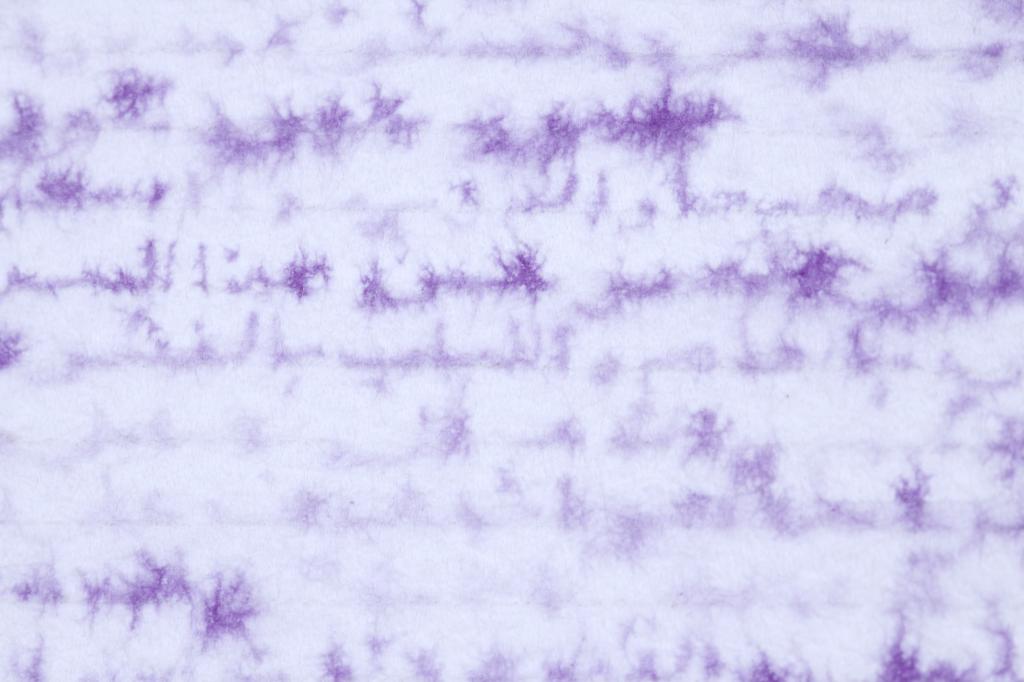 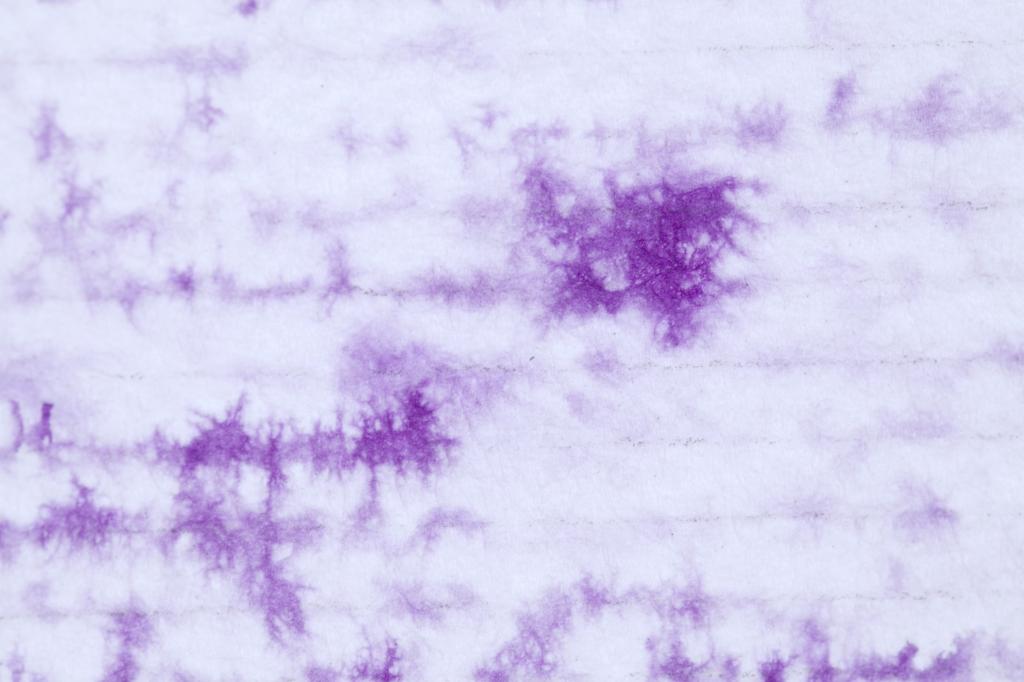 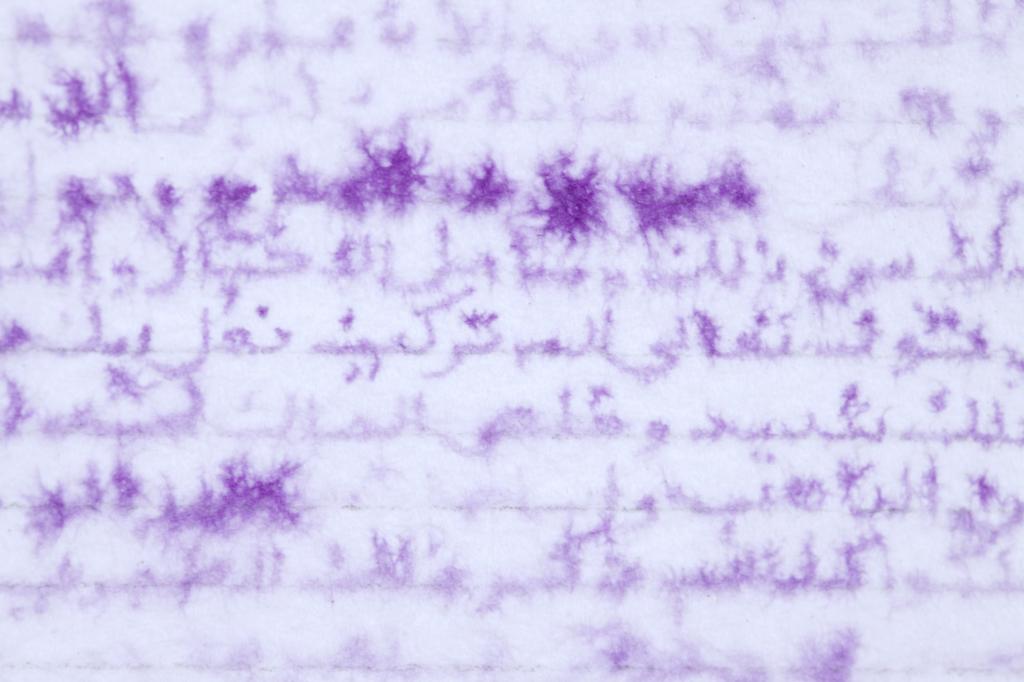 Nicène Kossentini (Tunisia, 1977) continues to explore the social and political dimension of culture. For Memorising, the artist prepared a series of works based on texts by Arab philosophers, thinkers and poets, such as Ibn Khaldun or Khalil Gibran. The calligraphic texts here disappear in an exercise of miniature writing that makes the reading complex and the meaning impossible: works in which famous quotes are intertwined, poems are superimposed, or history texts are dissolved in water. Nicène questions not only the liquid aspect of culture and tradition, but also the concepts of identity, civilization and history. How does a civilization survive and evolve when tangible knowledge becomes unintelligible?

In the words of the historian of Al-Andalus and father of political sociology Ibn Khaldun (1332- 1406): "Language is one of the facets of thought." For Kossentini, the gesture of writing is assimilated to the construction of a thought, a time that stretches, a diluted content. The artist poses a contemporary and universal problem: the loss of the meaning of words, and likewise the loss of knowledge. “While I was studying, there came a time when I became aware of a breakdown. All my learning, the literary and poetic heritage that had been transmitted to me, seemed unrelated to my present” explains Kossentini. The artist explores this feeling, from which her practice becomes a process of investigation of language, its form and its meaning. Far from a demagogic debate, the artist is interested in the protagonism of the container versus content (form versus meaning), in a society where the contemplation of the visual distracts from the importance of meaning.

Nicène Kossentini carefully selected illustrious text fragments, turning them into a landscape of unintelligible characters, even for anyone with knowledge of Arabic script. The manuscripts leave room for a landscape of diluted letters, according to philosopher and art critic Christine Buci-Glucksman: «The thought of the line, its absence in the presence, has invaded everything; past of an illegible writing-memory and present of a floating, indecisive landscape. A nothing about nothing that becomes everything.»

Kossentini's exhibition is summarized in an abstract landscape where knowledge becomes the natural element of a civilization, something that grows and mutates organically and unconsciously. In the rise of political and social issues, such as the crisis of identities, the artist invites us to reflect on a state of constant loss: of time, of knowledge and of the possibilities for the individual to act in the present and be an actor of the future.

Nicène Kossentini studied in the Academy of Fine Arts in Tunis, at the Marc Bloch University in Strasbourg and at the Sorbonne University in Paris. During the first edition of the International Digital Media in France, she was interned at the Studio National des Arts Contemporains Le Fresnoy and at l'École de l'Image Les Gobelins. Currently, she is assistant professor of experimental cinema at the University of Tunis.

Her work is present in prominent public collections such as The British Museum, Kamel Lazaar Foundation or the Museum of Modern Art in Tunis, Tunisia.